The dangers Prime Minister Benjamin Netanyahu perceives in the region obstruct his ability to see opportunities favorable to Israel. 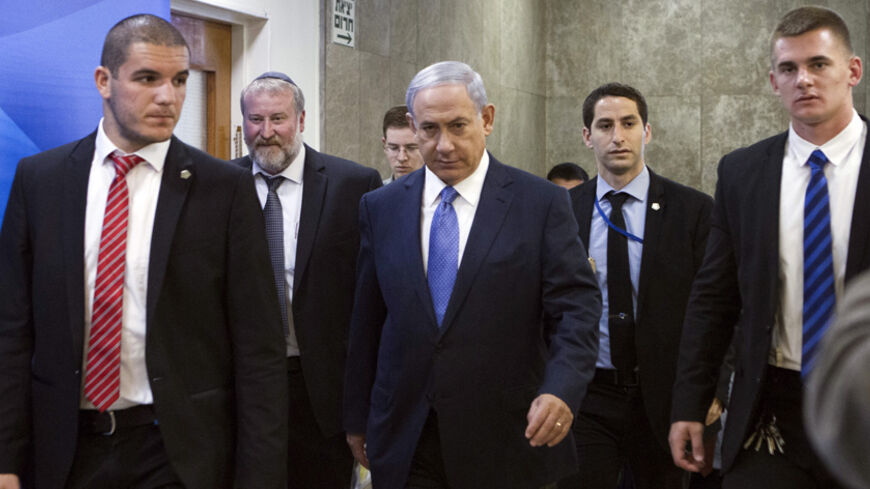 On March 27, panelists on Israeli TV Channel 2 Television News debated the emerging agreement on Iran’s nuclear program and the war in Yemen between the Sunni coalition and Tehran loyalists. “Imagine that these Iranian moves were to happen with Iran holding a bomb,” defense analyst Roni Daniel commented. “Under a nuclear umbrella, no one would dare touch them, talk to them.”

What should one gather from Daniel’s apocalyptic scenario? Should one welcome a nuclear agreement that pushes into the distance, if not prevents, an Iranian doomsday weapon advantage? Perhaps the confrontation in the Gulf illustrates the danger of a “bad nuclear deal” with Iran, as its critics argue.

Do Iran’s imperialistic ambitions strengthen the imperative of stopping its nuclear program, tightening supervision of its nuclear facilities and gradually replacing the sanctions sticks with economic carrots, or is it better to derail the nuclear negotiations, give up on inspections and hope that adherence to the sanctions regime will encourage Iran to surrender? All this assuming, of course, that President Barack Obama and the other leaders of the six world powers are unwilling to become embroiled in a new Middle East war. One should also keep in mind that most of the experts agree that in the best case, military action will only delay the Iranian nuclear program by two years. One can also assume that the powers’ negotiators in Lausanne aspire to leave there with a completed agreement, but the Iranian representatives cannot go home with a document of seeming to surrender to Israeli demands.

Prime Minister Benjamin Netanyahu has a simple response to these complex questions. He draws a straight line between the confrontation in Yemen and the advanced-stage negotiations in Lausanne and impending “dangerous agreement” between Iran and the six world powers. At the start of the weekly Cabinet meeting March 29, Netanyahu said, “Even as meetings proceed on this dangerous agreement, Iran's proxies in Yemen are overrunning large sections of that country and are attempting to seize control of the strategic Bab el-Mandeb straits, which would affect the naval balance and the global oil supply.” Too true.

Iran aspires to take control of the strait, which serves as an important Israeli trade route, but Netanyahu’s description only presents the threat posed by an agreement with Iran and the dark side of its expansion in the region. Meanwhile, Yoel Guzansky of the Institute for National Security Studies at Tel Aviv University suggests, along with the requisite concerns, some positive aspects of these recent developments. Speaking with Al-Monitor, Guzansky said Israelis should be pleased that an Arab-Muslim front, which includes Pakistan and Turkey, is doing Israel’s work vis-a-vis Iran and its offshoots.

“The coalition that Saudi Arabia formed protects our southern flank and could also act against Iranian subversion in Syria and Lebanon,” said Guzansky, a former coordinator of Iranian nuclear issues at the National Security Council. The senior researcher believes that the nuclear agreement is designed, first and foremost, to block Iran’s expansion efforts. In Guzansky's opinion, Obama understands the implications of a nuclear Iran for the regional power balance and assumes that a deal with Iran will broaden the United States' flexibility and scope in confronting the Iranians.

Perspectives on the changes and crises in the Middle East are in the eye of the Israeli beholder. Some Israeli decision makers identify opportunities alongside the threats. Others only see threats. Some adapt their views to political exigencies. These differences were also reflected in Israel’s reactions to the Arab Spring.

Former President Shimon Peres wrote in an April 2011 opinion piece in The Guardian, “Israel welcomes the wind of change, and sees a window of opportunity.” Dan Meridor, former minister of intelligence affairs, said in a December 2011 interview in the same context, “In every development, one must prepare for the worst scenario, but also to seek opportunities in the changes which the Arab world is undergoing. For example, there are currently distinct mutual interests between ourselves, Egypt and Turkey against Iran’s nuclearization, and therefore opportunities for alliances are also at hand.”

On the other hand, Foreign Minister Avigdor Liberman claimed following the revolution in Egypt, “The Egyptian issue is of far more concern than the Iranian one. We cannot rule out that after a new ruler is chosen, Egypt will violate the peace agreement in a substantial way and deploy significant forces in the Sinai.” In a letter to Netanyahu leaked to the media, Liberman proposed re-establishing the southern army command that was dismantled after the 1979 peace agreement with Egypt.

In a November 2011 speech targeting the Israeli left, Netanyahu declared that the Arab world “is not advancing toward progress, but rather going backward.” He boasted that his predictions had come true and that the Arab Spring had evolved into an “anti-Western, anti-liberal, anti-Israel and anti-democratic Islamist wave.” His inevitable conclusion asserted, “This is obviously not the time to listen to wishful thinking. I chose to adapt our policies to reality.”

The right wing espouses an approach described almost 20 years ago by the late Prime Minister Yitzhak Shamir in these words: “The sea is the same sea, and the Arabs are the same Arabs.” President George H.W. Bush saw the coalition against Iraq's Saddam Hussein in the first Gulf War and its victory as an opportunity to enlist its support for a peace agreement between Israel and its neighbors. Shamir went to the 1991 Madrid peace conference only reluctantly and refused to believe in the Arabs’ willingness to change their attitude toward Israel. That same approach — mistrust of Arabs, leftists and US Democratic presidents — has always characterized Netanyahu’s attitude toward the Oslo Accord, the Arab Peace Initiative and the Arab Spring. The dangers he sees lurking in every corner, and there are many, obstruct his seeing the opportunities offered by crises, and there are many of those as well.