A nuclear deal could end the region's 35-year cold war and bolster cooperation among the GCC states and Iran. 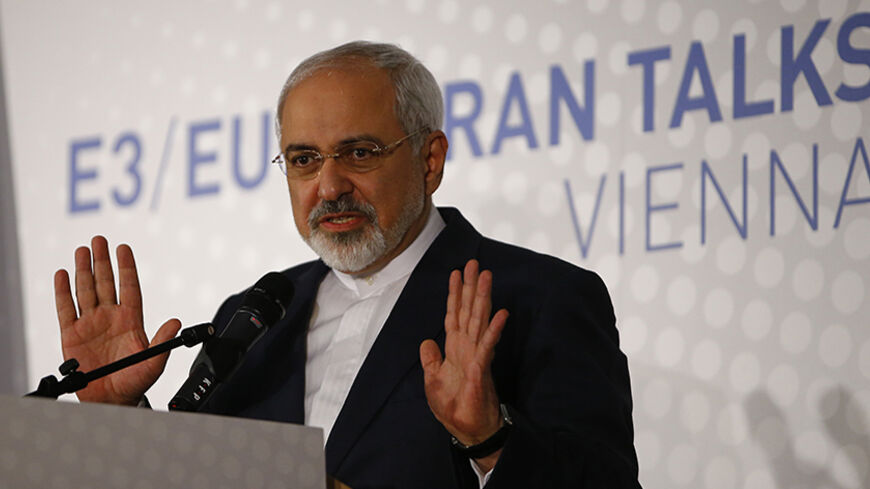 Although a week of high-level talks between Iran and world powers in Vienna made good progress, negotiators failed to reach an agreement and instead set a new deadline of March 1, 2015, for a framework agreement on Iran's nuclear program and a July 1 deadline for the final agreement, including annexes. The parties are close to consensus on many of the major issues, but gaps remain on two key issues — defining the size and scope of Iran's nuclear program and the sequence for lifting UN Security Council sanctions. Wendy R. Sherman, the chief US negotiator, remarked Oct. 23, “We have made impressive progress on issues that originally seemed intractable. We have cleared up misunderstandings and held exhaustive discussions on every element of a possible text. However, like any complicated and technically complex diplomatic initiative, this is a puzzle with many interlocking pieces.”

As a result of the tectonic developments in the Middle East in recent years, the geopolitics of the region have shifted significantly. Amid 35 years of all-out sanctions and pressure on Iran, the outcomes of the Middle East’s ebbs and flows include Iran’s emergence as the most stable country in the area and as a regional power, Arab countries either in turmoil or vulnerable to unrest and destabilization and the unprecedented rise of violent extremist groups. These developments could serve as the impetus for an Iranian-Western rapprochement, despite the inconclusive talks in Vienna.

The Gulf Cooperation Council (GCC) — composed of Bahrain, Kuwait, Oman, Qatar, Saudi Arabia and the United Arab Emirates — cannot counterbalance Iran due to its sheer natural weight, leverage and power in the region. They also, collectively, feel vulnerable to the not-yet-settled shocks of the Arab Spring and the rise of Sunni extremist groups such as the Islamic State (IS). In addition, Iran and Iraq, traditional regional rivals, are now heading toward alliance in the post-Saddam Hussein era. For the foreseeable future, Egypt, the most powerful Arab nation and potentially Iran’s main regional rival, seems destined to preoccupation with its worsening financial situation and assorted domestic crises, and thus unable to counter Iran’s influence and power or even play its deserved, traditional leading role in the area.

The 22-member Arab League, the symbol of the Arabs’ unity and power, has practically collapsed and is largely irrelevant. In the meantime, the Arab world faces the emergence of several failed states and a growing role by Sunni extremist groups. Today, Sunni-Sunni conflicts are eclipsing Sunni-Shiite rivalries. On another front, Iran’s decades-old political forecast about the peace process has been realized. In part due to the policies of Israeli Prime Minister Benjamin Netanyahu, decades of political effort and investment by the United States in the Arab-Israeli peace process and the two-state solution have ended in failure and have heavily damaged US credibility. On another level, Netanyahu’s policies have isolated Israel more than ever, in the process drastically reducing its ability to mobilize the world against Iran.

Adding to this picture, Washington’s strategic shift toward East Asia will naturally decrease the US role in the Middle East. In such an eventuality, and in the absence of a regional cooperation platform for restoring stability and protecting the peace, a vacuum could emerge with no single country able to fill it. The US reluctance not to engage in a ground war in the Middle East, after disastrous outcomes in Afghanistan and Iraq, has dramatically reduced the United States’ ability to manage regional crises, leaving some of its Arab allies more vulnerable

The rise of Sunni extremists employing terrorism is the No. 1 threat to international security. In this, Turkey is neither the West’s nor the Arabs’ ally in the war against IS. In assessing various alternatives for confronting IS, the West may realize that practically speaking, Iran is the region’s most resourceful and most motivated country in this regard. The coalition of Shiite forces — including Iran, the Iraqi and Syrian armies, and Hezbollah — along with the Kurdish peshmerga could form the main ground force to counter IS. Unlike the conservative Sunni Arab states, Iran finds no ideological contradiction in fighting Sunni extremists or in supporting democracy in countries like Bahrain, Iraq, Egypt and Yemen. These realities are enough reason for a West-Iran rapprochement and cooperation on regional issues.

On the trade front, Europeans now more than ever want a deal with Iran so the sanctions against it can be lifted. Moreover, the European Union has little choice but to find alternative sources for natural gas to hedge against Russia cutting or severing its supply. Iran could serve as such a supplier. Moscow’s interest in defying Western policies in the Middle East is growing. Russia's recent agreement with Iran to initially buy 500,000 barrels of Iranian oil for resale on the world market and its agreement to construct two nuclear power reactors for Tehran mean that not only has the international consensus for further sanctioning of Iran broken down, but also that the chances for undermining US-EU unilateral sanctions are growing.

Against the backdrop of the grim state of so many Middle Eastern countries and Iran’s emergence as a stable regional power most naturally suited for combatting terrorism, an agreement between Iran and the P5+1 nations — China, France, Russia, the United Kingdom, United States and Germany — could pave the way for cooperation between Iran and the West to restore stability in the region and the broader Muslim world. This would also remove the threat of further nuclear and terrorism proliferation and with it additional instability. A face-saving nuclear deal could provide an opportunity for creative diplomacy to replace the 35-year-old regional cold war with peaceful coexistence and the establishment of a regional cooperation system among the GCC states, Iran and Iraq.