After Tikrit victory, what's next for Iraqi forces?

Although the Islamic State was heavily defeated in Tikrit, to sustain the victory of the many groups that fought this battle seems far-fetched as confusion prevails among them. 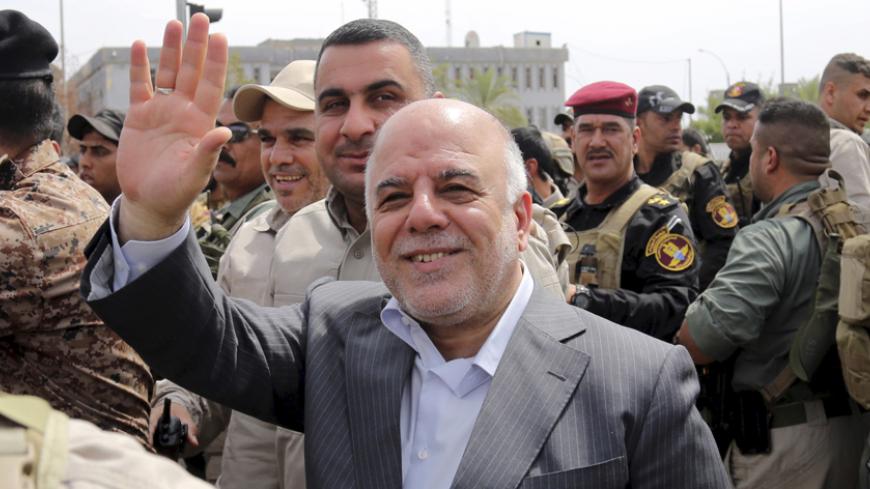 After the battle in Tikrit, deciding on the next step to ensure the security situation and have future successful battles against the Islamic State (IS) in Iraq has taken center stage in political and media circles.The messages often seem to be in conflict, with uncertainty prevailing among the most prominent politicians in Iraq.

A lack of vision for what comes after the liberation of Tikrit shows that Iraq is not fighting a comprehensive battle. This de facto situation was imposed by the many forces fighting on the ground, each of which has different strategies, motives and priorities. In general, the lack of vision, coordination and common goals has been leading to more obstacles in the liberation of Iraqi cities with the least possible damage.

The decision to fight the battle of Tikrit was announced by Prime Minister Haider al-Abadi on March 25, and was a decision imposed at first by the Popular Mobilization Units. It is no exaggeration to say that these forces decided to fight the battle of Salahuddin, and advance toward the villages of al-Dawr and Albu Ajeel, before reaching the outskirts of Tikrit, where the operation became even more challenging.

When the battle was first launched, it was no secret that the Popular Mobilization Units were leading it without the help of the international coalition, which was supposed to be Iraq's partner in the war. Only on March 17 did Abadi demand the coalition's support through airstrikes.

Despite the developments of the Tikrit battle and the ensuing criticism of the performance of the Popular Mobilization Units after the liberation of the city — notably in terms of plunder and vandalism — and despite the Iranian intervention, the battle gave a morale boost to the war against IS and pushed the organization into a defensive position. It also contributed to changing the course of the war in general. However, the lack of vision as to what comes after the liberation has given IS space to catch its breath and mount a series of offensives in Anbar and some areas of Salahuddin, especially the strategic Beiji refinery. At the same time, fears increased as IS attacked parts of the city of Ramadi on April 14, and subsequently took over the northern and eastern parts.

IS experienced a huge defeat in terms of morale in Tikrit. However, its military structure remained intact, which made it easier for the organization to move from defense to offense on many other axes.

The fighting parties faced three scenarios, each with their own strengths and weaknesses:

The first scenario would have had the victorious Iraqi forces advance toward Tikrit from the main areas of Beiji, Hawija and Shirqat, and stop at the southern border of Mosul. This option would have been very difficult due to the lack of real coordination with peshmerga forces operating mainly in the strategic area extending from Hawija in Kirkuk to the outskirts of Mosul. Leaving Tikrit unprotected would allow IS — which is still in control of the vast desert located to the west of Salahuddin and linking south of Mosul to north of Anbar — to carry out a military encirclement operation as the fighting powers that liberated Tikrit are made up of incoherent armed groups. The latter do not have appropriate logistic support or the aerial cover that allowed for this kind of advancement.

The second scenario would have secured Tikrit and moved toward opening a broad battlefront in Anbar. This demand of the Popular Mobilization Units was impossible because of the way the Anbar residents and tribes perceive these units, and because of the US efforts that aim to train a force composed of Anbar residents to take up this task. However, this force has yet to be armed. Add to this that the cities of Anbar are geographically complex and extend in the form of a land range through the Euphrates, while a vast desert is located in the south and north of the city. This is why, without the needed military sources, liberating Anbar will be highly challenging.

The scenario that played out, however, saw the forces that occupied Tikrit remain on the borders of the city to impose control and prevent advancement until the appropriate conditions to wage battle in Anbar and Mosul were secured. This allowed IS to compensate for the defeat in Tikrit and push the Iraqi forces into a long-term war of attrition, which will not be in their favor.

Before battles are waged in Mosul and Anbar, various key factors must be taken into consideration:

The war on IS is seen by many in and outside Iraq to be mainly strategic. Different requirements are needed to defeat IS. These requirements are not just military, but also relate to a unified political vision, and to finding solutions to the social and legal crises that allowed IS to thrive. It also requires permanent mechanisms to reach internal, regional and international consensus over this war.

Fulfilling all these requirements is not an easy task. The Iraqi government and all parties involved in the war on terrorism need to exert further efforts.