The Iranian government is engaged in a media offensive against the Shiite Shirazi movement, which runs a broadcasting network to spread its message. 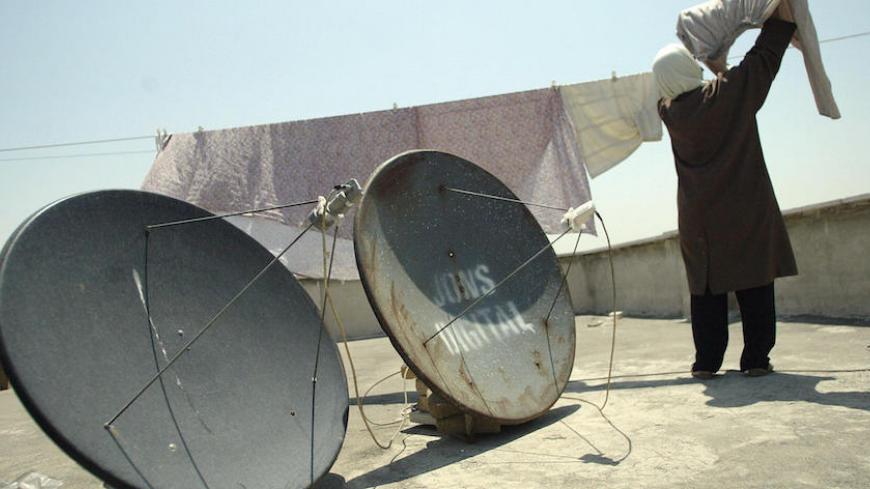 An Iranian woman, standing next to two satellite dishes, hangs laundry on the roof of her house in Tehran, June 12, 2003. - BEHROUZ MEHRI/AFP/Getty Images 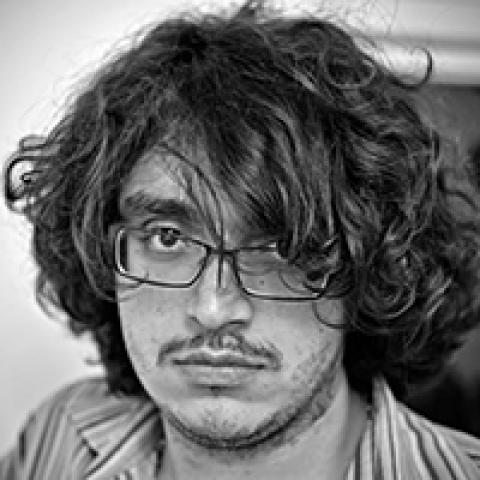 In September 2013, Iran’s Supreme Leader Ayatollah Ali Khamenei inserted an unexpected warning in a speech about Iran's “enemies.” Along with the usual suspects, such as the United States and Israel, Khamenei also mentioned one that many had never heard of: Shiite satellite channels based in the West. Referring to them as a “bunch of mercenaries who add more fuel to the fire” of Sunni-Shiite conflicts, Khamenei said emphatically, “They are given a mass media reach. And where are they based? The United States. London. The Shiism that is being broadcast to the world from London and the US is not good for Shiites.”

Iran has recently intensified its media campaign against these “Shiite extremists.” There is now a regularly updated news website specifically aimed at exposing the “British Shiites” or “MI6 Shiites,” as they are also known. In February, the holy city of Qom hosted the event “Assessment of the Extremist Shiite and Sunni Currents,” for which the keynote speaker was Ayatollah Mohsen Araki, secretary-general of the World Forum for Proximity of the Islamic Schools of Thought, a government-run ecumenist institution. He attacked the “Londoner Shiites” for their practice of “qamezani” or “tatbir,” in which mourners strike themselves on the head with a sword, causing blood to flow in remembrance of the blood that Imam Hussein shed in the famed Battle of Karbala. Araki said the organizers of such ceremonies are funded by Western intelligence agencies bent on bringing Shiism into disrepute. He went on to equate them with the Islamic State.

The main group in Araki’s crosshairs was the Shirazis. These are the followers of Ayatollah Sadeq Shirazi, the Qom-based scion of a clerical family that oversees 19 satellite channels, broadcasting in Persian, Arabic, English and Turkish. Most of the outlets are based in Karbala, the Shirazis’ former power base, but some of them broadcast from the United Kingdom. For example, Khadija TV is based in Peterborough, and Al Zahrah in Harrow.

Some might be surprised by the attacks from officials of the world’s only Shiite state on a prominent Shiite family, but the roots of antagonism between Shirazis and the Islamic Republic can be traced back decades, to before the state’s establishment. In 1965, Ayatollah Ruhollah Khomeini, recently exiled to Iraq because of his opposition to the shah, paid a visit to Karbala, site of the shrine of Imam Hussein and one of the holiest cities for Shiites. The presiding cleric at the shrine was Ayatollah Mohammad Shirazi, whose family that had left Iran for Karbala in the 1800s. Unlike many other Iraqi Shiite clerics, Shirazi welcomed Khomeini with open arms and even prayed behind him.

In their intense competition with Najaf to be the main base of Iraqi Shiism, Karbala’s Shirazis hoped to use Khomeini’s presence to tilt the balance in their favor. Khomeini, however, ended up annoying them by refusing to stay in Karbala, leaving instead for the much more reputable Najaf.

After the 1979 Iranian revolution, Shirazis in Iraq who were persecuted under President Saddam Hussein relocated to Qom. Their hopes of obtaining positions in the new regime came to a quick end when Khomeini moved to consolidate his power.

“Khomeini was very smart and knew the politics of seminaries,” Mehdi Khalaji, a senior fellow at the Washington Institute for Near East Policy, told Al-Monitor by phone. “He knew Shirazis don’t have a good name or much credibility in either Qom or Najaf.” This shunning, rather than a principled democratic claim, seems to have been the basis of Shirazis’ opposition to the new regime. ّAyatollah Shirazi was put under house arrest in 1980 and remained so until his death in 2001.

Government persecution has failed to quash the Shirazis’ power, thanks to their international networks. Speaking to Al-Monitor, one of the managers of Shirazi-run Imam Hussein TV in Karbala boasted that the station’s financial resources rival those of BBC Persian and Voice of America.

Khalaji said most of this funding comes from Shirazi followers in Karbala and bases they have built over the years in Bahrain, Kuwait and the United Arab Emirates. Khalaji, who used to visit the Shirazis’ home when he was a seminary student in Qom, describes them as “very extremist.” According to him, the Shirazis’ narrative is appealing because they are “focused on exotic rituals” such as qamezani. He asserted, “They can attract the most conservative Shia layers.”

The Shirazis have experienced their share of state oppression in Iran and even managed to get mixed up in the Green Movement that emerged after the disputed 2009 presidential elections. Green Movement protesters chose the occasion of the Shiite holy day of Ashoura, Dec. 27, to mount their most dramatic confrontation with the regime forces, while Shirazi supporters in Esfahan defied the law and organized a mass qamezani, as they do on every Ashoura.

Mohammad Ahmadi, a Shirazi supporter who participated in the events of that day, told Al-Monitor by phone that they did not intend to join hands with the Green movement, but were simply pushed to the same side because they both were attacked by government forces. Ahmadi fled Iran afterward and is now based in Zurich.

Ahmadi does not strike one as an extremist. He has spoken at events organized on the sidelines of the UN Human Rights Council in Geneva. Speaking with an Esfahani accent, he said that youths are attracted to the Shirazis because they stand up to the clerical establishment and ostensibly oppose the mixing of religion and government. He dismisses accusations of Sunni-bashing by Shirazis as “state propaganda” and said that Shirazi believes in “political coalition, but no theoretical unity” with Sunnis.

The Shirazis’ track record, however, does not appear to support this assertion. Especially controversial are the activities of the London-based Ayatollah Mojtaba Shirazi and his Kuwaiti son-in-law, Yasser al-Habib. After being expelled from Kuwait for his anti-Sunni preachings, Habib set up shop in London and began broadcasting Fadak TV. His most well-known book, “Prostitute: The other face of Aisha,” attacks a wife of the Prophet Muhammad considered by Sunnis the “mother of the believers.”

Habib's annual celebrations of Aisha’s death led to a rebuke from Abdul-Aziz Al al-Sheikh, the grand mufti of Saudi Arabia, and a fatwa by Ayatollah Khamenei, who banned all insults toward the wives of any prophet in response to Habib, especially those of Muhammad. Prominent Shiite figures, including Muqtada al-Sadr in Iraq and Hezbollah leader Hassan Nasrallah in Lebanon, have condemned Habib for his attacks on Aisha and what he stands for in general.

Most Shirazi supporters that Al-Monitor spoke to said their grand marja, Ayatollah Sadeq Shirazi, should not be conflated with his London-based brother, but they were hesitant to condemn him. Shirazi-run media outlets have published news of Habib being “criticized” by Shirazis, but they have also gone on record praising Fadak TV. Khalaji said Shirazis are being opportunistic in distancing themselves from Habib and that they think along the same lines as he does.

During the Iranian government-sponsored Week of Unity for Shiites and Sunnis, the Shirazi channels declared a Week of Bera’at, named after a Quranic concept that requires Muslims to condemn nonbelievers. The Salam channel, supported by Shirazis and ran by the California-based Mohammad Hedayati, promotes a purist Islam, not unlike the Salafi version. Khomeini is attacked on it not for his fundamentalist politics but for “mixing Islam with Sufism and philosophy.” Of note, Hedayati has often appeared on VOA as a “dissident cleric.”

Khalaji thinks groups like the Shirazis have no future in Iranian society because of their “anti-modern and anti-civil” behavior, noting that Shirazi stations do not feature a single woman or broadcast music.

The Shirazis do not lack in political ambition. They ran an electoral list in last year’s Iraqi elections, but failed to win a single seat, even in Karbala. Yet, if some of the young people that Al-Monitor spoke to are any indication, they continue to have their share of supporters, another element in the complicated political landscape of the Shiite world.