Turkish President Recep Tayyip Erdogan’s backing for the Saudi-led camp in the Yemen crisis aims both at an indirect score-settling with Iran and injecting Gulf money into the veins of the troubled Turkish economy. 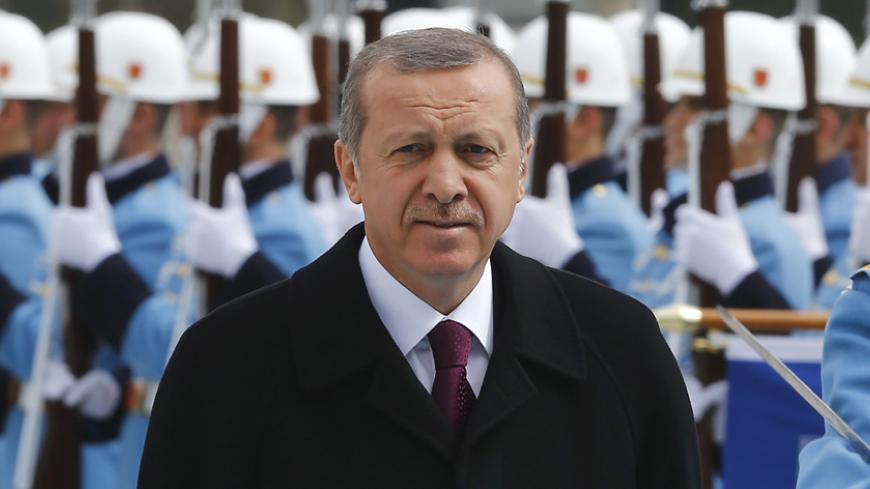 As soon as Turkish President Recep Tayyip Erdogan lent support to the Saudi-led military operation against the Houthis in Yemen, some in Turkey were quick to jump on a puzzling argument that Yemen still belonged to the Ottomans. This, however, was hardly a surprise, for we are already familiar with the “New Ottoman” mindset, which imagines that people are looking to Turkey in each and every corner of the Muslim world.

Erdogan saluted that mindset in an interview with the France 24 TV channel. “We support Saudi Arabia's intervention. Turkey may consider providing logistical support based on the evolution of the situation,” he said. Taking an open stance against Iran, Erdogan said that “Iran and the terrorist groups must withdraw” from Yemen. “Iran is trying to chase Daesh from the region only to take its place,” he charged, using the Arabic term for the Islamic State (IS) and implying that Iran should withdraw from Syria and Iraq as well.

Confrontation building up with Iran

By dragging Turkey into a sectarian war as a backup to King Salman bin Abdul-Aziz Al Saud Salman’s drive for a “Sunni camp” in the region, Erdogan steps into a sharp confrontation with Iran, unprecedented even in the era of Turkey’s secularist-Kemalist governments.

In this Saudi-led coalition, no one has been as explicit as Erdogan in voicing the hostile sentiments against Iran. The Saudi king seems to be leading the actual war, and Erdogan the war of words. It is an attitude aimed at strengthening bonds with Gulf states at the expense of burning the bridges with Iran, the country with which Turkey has had its most stable relationship.

Iran was quick to react, sending out messages that Erdogan, scheduled to visit Tehran in April, was unwelcome. The head of the Iranian parliament’s National Security and Foreign Policy Committee, Alaeddin Boroujerdi, slammed Turkey’s policies in Iraq and Syria, while his deputy Mansour Haghighatpour was even harsher, saying “Erdogan’s visit to Tehran will be of no use. It should be postponed.”

Turkish-Iranian ties have seen diplomats being proclaimed persona non grata, but it never came to the point of tampering with high-level visits.

No lesson learned from Yemen Song

While many saw Erdogan’s verbal offensive as superfluous, the Turkish media’s psychological war apparatus spoke of Ottoman sacrifices for Yemen and the country’s strategic value. The notion of Yemen belonging to the Ottomans lives on in the historical memory of conservatives and nationalists in Turkey. Yet, the Saudis are not waging a war on behalf of Turkey, and associating this war with the Ottomans is truly mind-blowing. Journalist Murat Bardak, for instance, wrote, “The Houthi rebellion is the continuation of the struggle that had inspired the Yemen Song [popular Turkish folk tune].”

The Zaydis, to which the Houthis belong, revolted many times against Ottoman rule in Yemen, which lasted about four centuries. Those who look at today’s developments from the said historical perspective ignore Yemen’s own internal dynamics and processes. Yemen may have left a bitter taste for Turks in history, but the Ottomans, too, left bitter memories for Yemenis. The Yemen Song is a requiem for the Ottoman soldiers who never came back from Yemen. Yet, Yemen was not only a destination of no return for soldiers, but also a land of exile for erring pashas. The Ottoman governors there were not only the builders of today’s historical monuments, but also Yemen’s ruthless guardians.

Professor Ihsan Sureyya Sirma, a historian close to the government, recounted in a recent interview how the Zaydi Imam Yahya, opposed to the British in the post-Ottoman era, offered his allegiance to the young Turkish republic, a gesture that was rejected. Those who interpret this episode as evidence that “Yemen still belongs to the Ottomans” conveniently turn a blind eye to the other side the historian presents.

One striking story goes like this: A newly appointed Ottoman governor in Sanaa calls his aide and orders “a few heads.” His Armenian doctor reacts, “Pasha, are you ordering coffee or what!” Yet, several people are killed randomly in the streets and their heads brought to the governor, who says, “Now hang those on a rope at the balcony. Let the Yemenis see what disobedience means.”

In another key point, Sirma underlines that the last Ottoman campaign in Yemen in the 19th century was driven by the cash-strapped palace’s desire to replenish its coffers as Yemen was rich of spices, coffee and salt.

If the current Houthi rebellion is just the second curtain in an ongoing play, as some Turkish media claim, then is Turkey’s reaction the reflection of an Ottomanist impulse? Frankly speaking, neither the Houthis “are seeking to revive the Zaydi imamate,” as the state-run Anatolia news agency says in the background lines of all its Yemen stories, nor is Erdogan’s maneuver directly related to Yemen. The question here is: Why does Turkey feel the urge to take sides in Yemen, though no one really awaits the Turks there and, contrary to the Turkish proverb, “a cup of coffee” has not fostered “40 years of friendship”?

Al-Monitor posed the question to academic Sabahattin Sen from Istanbul’s Maltepe University. He said: “The Istanbul Industry Chamber’s data on the 500 largest companies show that the companies’ debt-equity ratio has climbed to 132.4%, its highest level in a decade. In developed countries, this ratio stands at around 70%. Companies spent 19 billion Turkish lira of their 36.5 billion Turkish lira profits for financing. The economy has seen serious financial fluctuations since the second half of 2013. The debt stock of the 500 largest companies has increased, climbing to 238 billion Turkish lira in 2013, up 25% from 190 billion Turkish lira in 2012. In 2015, the private sector’s total debt stock reached about $280 billion, which poses a grave risk to the economy given the recent adverse developments in foreign exchange rates. Turkey’s external financing need has reached $220 billion, but with the Fed expected to hike interest rates, the global financing taps are being turned off for emerging economies such as Turkey. In this environment, the Saudi and Gulf capital is becoming more and more important in meeting [Turkey’s] external financing need and maintaining fiscal stability.”

Another academic, Fulya Atacan from Istanbul’s Yildiz Technical University who specializes on Egypt, told Al-Monitor that the Arab uprisings, which Saudi Arabia has scrambled to contain from the very outset, have increased the fragility of the kingdom’s own system and the kingdom is now trying to shift the process ideologically, to a sectarian basis. According to Atacan, Erdogan’s outburst on the Yemeni crisis could be explained with the following motives:

“Tragically, joining this camp will make Erdogan one of the leaders containing the very Arab uprisings he had supported from the outset,” Atacan said.

By joining the anti-Houthi camp, driven by anger for Iran and financial expectations from the Gulf states, Erdogan crosses paths with Israel and Egyptian leader Abdel Fattah al-Sisi on Yemen, but does not seem to mind it.

I’ll leave the floor here to Mazlumder, the human rights group run by Turkey’s Islamists. In a March 25 statement, the association condemned the Houthi campaign as an “Iranian-backed coup” before slamming also the Saudi-led military operation in Yemen. “The attack on Yemen is likely to trigger indiscriminate violence on the basis of sectarian hatred across the Muslim world, especially in Yemen and Saudi Arabia. The Saudis, while not even mentioning the Tiran and Senafir islands at the entrance of the Gulf of Aqaba, which they lost to Israel in the 1967 war, have embarked on a massacre to discipline and disable Yemen so that the Bab al-Mandeb Strait remains a safe outlet for Israel to the Indian Ocean. This is nothing but a proxy war on behalf of Israel,” it said.