Russia is not likely to get too involved in the Yemen crisis, preferring instead to monitor developments from afar and choose its allies carefully. 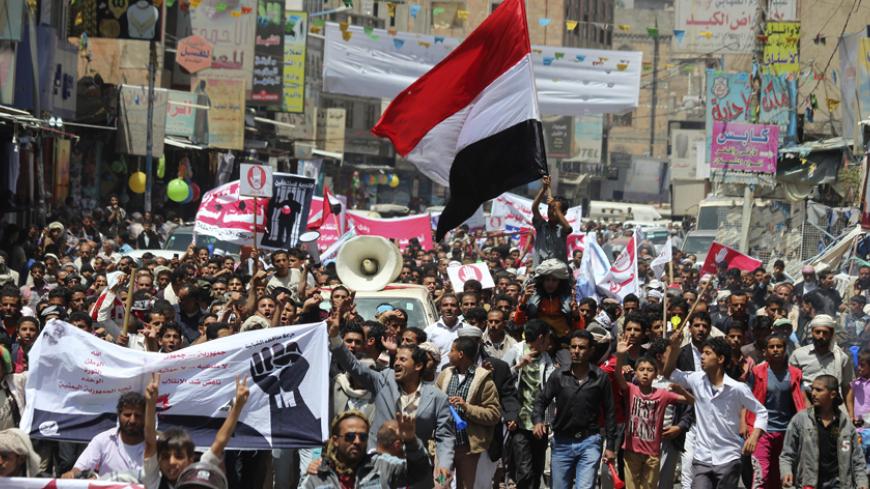 The deadly terrorist attacks in Yemen last week have further indicated that the country is sinking to new lows, threatening to become the hottest spot on the political map of the Middle East. Miles away from the region, in Moscow, experts and diplomats have been watchful of the developments in Yemen since earlier this year, when President Abed Rabbo Mansour Hadi was to hold negotiations with representatives of the Houthi insurgency in Saudi Arabia.

Russia's relations with Yemen date back decades, with the most vibrant period being the Soviet era. The two states elaborated certain bilateral agendas long before the Soviet Union and the Mutawakkilite Kingdom of Yemen established official diplomatic relations in 1955. Until the break-up of the USSR, about 4,500 Soviet military advisers and trainers worked in the country.

After a relative decline in attention in the previous decade, Yemen has again surfaced on Russia’s Middle Eastern radar. Over the past several years, the trade turnover grew by 5.5%, amounting to $167.5 million. Agriculture — a historically important area of bilateral trade — was again on the rise with Russia, as the country sold Yemen up to 400,800 tons of wheat. On the humanitarian front — another traditionally crucial area — Russia focused primarily on training Yemeni personnel. More than 50,000 Yemenis of different occupations were educated in Soviet and Russian institutions. Presently, 400 Yemeni students study in Russia, with the Russian Ministry of Education increasing the students' annual quota by 80-100 people. Other key areas of bilateral cooperation include: investments, transportation development, cooperation on health care services and energy (fuel and electrical).

Russia’s current discourse on the source of Yemeni grievances has three major narratives.

First, the “internal” tale sees Yemen as the Middle East in miniature. On the one hand, terrifying poverty — with more than 40% of a growing population starving and a high population of unemployed and uneducated but politically active youth — further inclines society toward social protest. On the other hand, Yemen is home to a tangled knot of complicated tribal relations. Clashes often occur within a single tribe, and there is a large concentration of small arms per capita, enabling any protest to transform into a larger conflict. No wonder this lethal cocktail creates a breeding ground for terrorist organizations, with al-Qaeda in the Arabian Peninsula being the top dog. Essentially, over the years, Yemen has turned into a regional black hole, where terrorists go to find a safe haven in “grey zones” uncontrolled by the government.

The second narrative is “regional” and perceives Yemen as a battleground between Shiite-led Iran and Sunni-led Saudi Arabia. Against this background, the success of the Houthis is seen as a blow to Saudi interests (and for that matter, American interests) and a boost for Iran. The Houthis, ignored by Western governments, started to look for outside support. According to Moscow's calculations, it could be the potential big partner outside the region. In February 2015, a delegation of the Ansarullah movement visited the Russian capital, allegedly offering lucrative oil contracts and trade agreements, predominantly in agriculture. The delegation also included several political parties sympathetic to Ansarullah, including former President Ali Abdullah Saleh's General People's Congress. They promised to let Russian energy companies explore the oil-rich Marib province, which the parties said "they would likely control soon."

On the surface, Russia’s own interests in a potential deal were threefold.

First, it could have secured its own standing in a country that Moscow has deemed strategically important since the Soviet times because of its geopolitical location. Back then, the Soviets had a maintenance base for their ships near Aden. To a certain extent, it enabled them to control vital commercial and logistical sea routes, from the Red Sea to the Arabian Sea to the Indian Ocean.

Second, it could have given Russia a certain leverage over Saudi Arabia, with whom Moscow hasn’t been on the same page for a long while. Moscow perfectly understands that the Saudis are very much concerned about the situation in their immediate neighborhood and could have considered this a vital tool to influence the Saudis, especially now that they dropped oil prices, which has seriously affected Russian economy.

In reality, however, Russians view the current crisis in Yemen as systemic and long-standing. In this respect, Moscow is not disillusioned about the real prospects of its own presence in the country, economic or otherwise.

Russia is also anything but willing to get involved in the Iran-Saudi face-off, let alone the greater Shiite-Sunni showdown in the region. Having no immediate stakes in the struggle but rather long-term interests in the region as a whole, it feels reluctant to recognize the Houthis' rule officially, but it doesn’t give up on the contacts either. Now that everyone is looking for allies in the fight against the Islamic State (IS), Russia may side with the Houthis, who bear their own grudge against Sunni Islamists. While Riyadh is more preoccupied with Shiite militant groups, Russians see IS as a much graver challenge to their security. In this context, Shiite groups can be deemed at least temporary partners in tackling IS.

Getting involved in a country with too many players fighting for too little resources would be suicidal to any outsider. Russia has learned from its bitter Soviet experiences and would rather stick to the “selective distant engagement.”