Hashemi Rafsanjani lost in the Assembly of Experts election for the chairmanship, but was it a gambit to bring voters out next year? 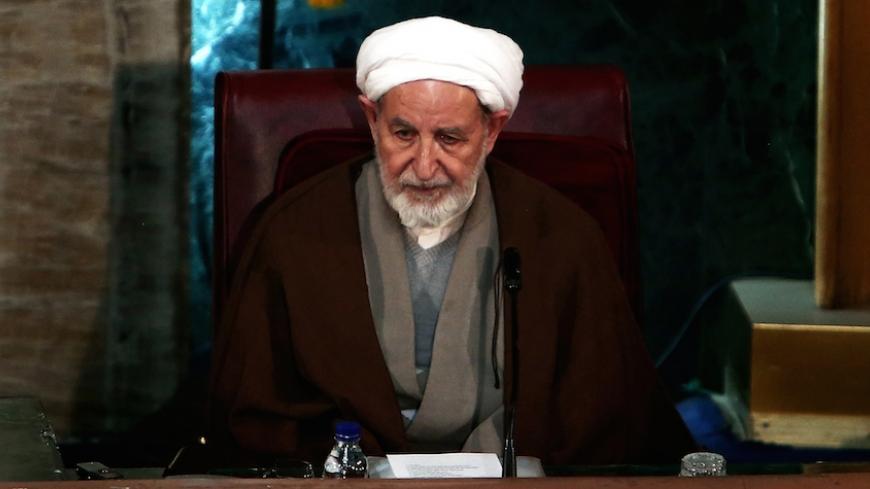 For months, many political watchers had been waiting for the day when a new chairman of Assembly of Experts was elected. The day arrived, and the outcome was deemed a surprise: Ayatollah Mohammad Yazdi.

Before the election, speculation revolved around the nomination of Guardian Council head, Ayatollah Ahmad Jannati, and Ayatollah Mohammad-Taghi Mesbah Yazdi, spiritual leader of hard-liner Endurance Front, both of whom are prominent figures of the conservative camp. There was no serious news and even predictions about the candidacy and consequent victory of Yazdi, the chairman of the Society of Seminary Teachers of Qom, all of whom are critics of President Hassan Rouhani’s administration.

Many expected the election to be an easy victory for either Expediency Council head Hashemi Rafsanjani or ex-judiciary chief Ayatollah Mahmoud Shahroudi, both of whom are considered pro-Rouhani figures.

The moment of truth came when four candidates presented their names: Yazdi, Ayatollah Mohammad Momen (a conservative with no serious chance of a nomination), Rafsanjani and Shahroudi. The presence of four candidates was unprecedented for internal elections of the Assembly of Experts, which supervises and elects the supreme leader.

Gholam-Ali Rajaie, a Rafsanjani adviser, had said Shahroudi wouldn’t compete with Rafsanjani because of their friendship, so he pulled out eventually. Rafsanjani, having already chaired the Assembly of Experts, had conditioned his nomination to the candidacy only if figures whom he felt inappropriate for the chairmanship would run. “If those whom I don’t consider to deserve the Assembly of Experts chairmanship have the intention of [being a candidate in the election], I will be willing to nominate myself,” he said.

Therefore, when the election started and the candidates became known to everyone, Rafsanjani stepped forward and Shahroudi, as expected, withdrew; consequently, the competition came down to three candidates, none of whom won the required votes. So, for the first time in the history of the Assembly of Experts, the election led to the second round between Rafsanjani and Yazdi.

Rafsanjani and Yazdi don’t have a good relationship and have traded barbs during the last five years. Following Iran's 2009 presidential election, resulting in unrest, Yazdi criticized Rafsanjani harshly for his positions, which were seen as being supportive of the Reformist candidates. Yazdi's criticism led to a response by Rafsanjani, saying, “It has been for years that my answer to Mr. Yazdi is praying for him to be healed and saying hello to him, unfortunately he gets angry due to his physical problems and then expresses his opinion with haste.”

In the end, Rafsanjani lost to Yazdi, who gained 47 votes to his 24 votes, and once again, Iran’s politics scene proved to be unpredictable and surprising.

During the first round of voting, Rafsanjani realized that he didn’t have a chance at winning; nonetheless, he didn’t withdraw despite knowing that such a result would harm his reputation and dignity. Following the defeat, Rafsanjani’s site published a quotation from him, explaining indirectly the reason behind his decision not to withdraw after the first round of chairmanship election: “I don’t have anything to use except for my dignity and reputation [for the sake of people].”

This quotation may be aimed at announcing that Rafsanjani has both fulfilled his promise and is committed to what he says.

Hossein Marashi, a politician close to Rafsanjani, said: “Regardless of what happened in the election, the outcome was pleasant and sweet for Ayatollah Rafsanjani; therefore, he preferred to stay for he knows the dangers that are threatening the country and the system, staying in the scene not to be criticized by his supporters.” He added, “From political activists’ point of view, not leaving the scene by Ayatollah Rafsanjani is admirable.”

Seemingly, Yazdi’s victory was the result of the quiet activities of conservatives. According to an Iranian newspaper, Movahedi Kermani, a key conservative figure, had visited Qom, considered one of the power centers of Iran, one day before the election. This visit is indicative of a coordinated effort to obtain the chairmanship of the Assembly of Experts.

Nonetheless, conservatives said that there was no correlated attempt to elect Yazdi. They believe that Rafsanjani’s stances during the 2009 presidential election and his remarks about a possible nuclear deal were the main reasons behind his defeat.

Moreover, Masoud Pezeshkian, a Reformist MP, commenting on why Rafsanjani didn’t obtain enough votes, implied there was a concerted media campaign against Rafsanjani. He told a local news site: “It is clear what the result would be when they threaten and talk against Mr. Rafsanjani in the media, prior to holding the election.”

What may have misled the moderates was the publicity campaign of conservatives over the possible nomination of Shahroudi. One day before the election, Hujjat al-Islam Reza Taghavi, a member of the conservative Combatant Clergy Association, said: “I assume that the majority of Assembly of Experts’ members are in agreement with Shahroudi [chairmanship].” It’s possible that moderates felt assured that either Rafsanjani or Shahroudi would be the new chairman. (Yazdi denied that his nomination had been planned.)

The current period of Assembly of Experts is to end next year, and the next election scheduled Feb. 26. We’ll see then if Rafsanjani’s gambit pays off.