Women in Libya seem to have been better off under Moammar Gadhafi’s rule, when they had better access to education and work and polygamy was virtually obsolete. 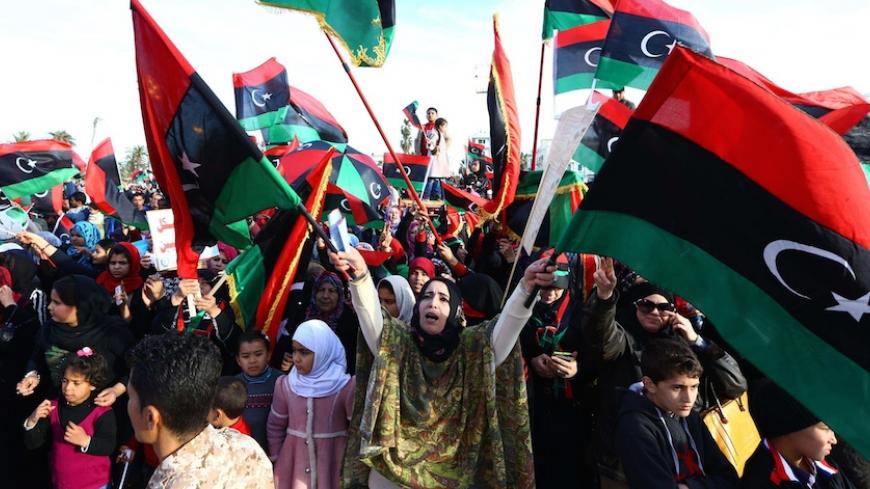 On June 25, right after she cast her vote for the new Council of Representatives, Salwa Bugaighis was murdered at her home in Benghazi in eastern Libya. She was Libya’s most prominent female lawyer, a member of the former National Transitional Council (NTC) that led the rebel movement in 2011 and well-known civil activist. In February, Libya was shocked again by news of murder targeting yet another well-known activist in Tripoli: Intissar al-Hasaari and her aunt were killed at a busy road west of Tripoli's city center.

Those two cases made headlines inside and outside the country, because the victims were well-known public activists. However, many more violent crimes against women go unreported. So far, not a single murder case has been thoroughly investigated, let alone solved and the killers brought to justice.

Since NATO helped rebels topple the regime of Moammar Gadhafi, women in the new Libya have suffered ironically at the hands of those who claim to have liberated them, most of whom became militias involved in crime. While claims of mass rape during the 2011 war still remain uninvestigated, it is well known that violence against women is a major issue. Because of social taboos, it is hard for victims to come forward and the country’s successive governments have made no serious efforts to look into the matter.

In terms of legislation, the biggest setback has probably been the annulment of Gadhafi-era legislation virtually banning polygamy. On the eve of Gadhafi’s murder in October 2011, NTC Chairman Mustafa Abdul Jalil called for polygamy to be legalized, claiming that banning it ran counter to Sharia. In 2013, the law was struck down and polygamy became legal again.

Although official figures are unavailable, it is thought that this law played a significant role in making polygamy almost obsolete.

The NTC was also responsible for another piece of legislation that disadvantaged women when, in 2012, it adopted the election law allocating only 10% of the seats to women in the national elections, while leaving it to political parties how to allocate seats at the local level. In a male-dominated society, women will have little say at the local level if the law is not on their side, since all political parties are led by men, making women’s chances of getting nominated in any party’s list slim. In fact, and in spite of its role in the revolution, the NTC itself only had two female members, one being the murdered Bugaighis. The other is Salwa el-Deghali.

During the Gadhafi era, women made steady progress in gaining access to education and work. It became very common to see female lawyers, judges, civilian pilots and university professors.

One of the greatest achievements for women under the Gadhafi regime was unlimited access to free education at all levels. Realizing the importance of education in modernizing society, the former regime made it compulsory for parents to keep their children of both sexes in school until the age of nine. This is now reflected in Libyan women being highly educated, as compared to the region. In Libya today, a majority of female students intend to attend college and an almost equal number of women (32%) as men (33%) hold university degrees, while almost 77% of female high school graduates intend to pursue higher degrees both inside Libya and abroad.

Women’s participation in civic action in the new Libya is as low as 20%. One reason could well be the lack of security in the country after the NATO intervention in 2011 that plunged Libya into the chaos that has prevailed ever since. Similarly, while women are interested in politics and have voted in large numbers, with nearly 66% voting in 2012, they participated less in the elections in June 2014. One explanation for this regression could be disappointment and disillusionment in the previous elections, which failed to stabilize the country or end the violence.

While equality in the workplace was inching forward, it stalled after the civil war of 2011 and the emergence of various Islamist groups such as Ansar al-Sharia. These organizations are less inclined toward gender equality, while some of them do not like to see women working outside the home at all.

Yet, one of the problems women suffer in Libya remains both cultural and social. Since society is tribally based and male dominated, its view on women assuming a leading role in society tends to be negative. After years of women serving in the military, police force, education and the judiciary, such views are changing — however slowly, and mainly in big cities — whereas in rural areas, the traditional negative views of women are still strong.