UN Middle East envoy Robert Serry is promoting a trilateral three-to-five-year cease-fire among Israel, Hamas and Fatah, which will provide Israel with security and enable the continued reconstruction of the Gaza Strip. 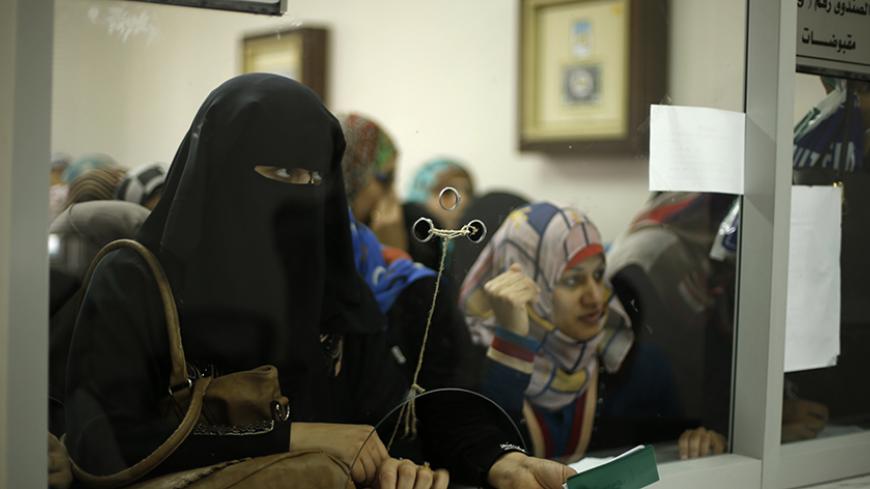 White House Chief of Staff Denis McDonough said at the annual J Street conference on March 23 that Israel must withdraw to the 1967 borders, with agreed upon mutual land swaps. He demanded that Israeli Prime Minister Benjamin Netanyahu adopt concrete steps proving his commitment to the two-state solution. One can assume that McDonough, like any astute observer, understands that the 1967 borders are as far from Netanyahu as is the White House from the premier's official residence on Jerusalem’s Balfour Street. Heavy pressure was required for the prime minister to even overcome pressures brought to bear by the settlers and hook up the new Palestinian town of Rawabi to the water supply. Without external pressure the week of March 27, Netanyahu would likely not have even released the Palestinian tax revenues withheld by Israel.

The elections of the 20th Knesset granted the next government a mandate to manage the conflict, not to promote its resolution. Experience proves that a reasonable management of the conflict requires cooperation between the Israeli government and the Palestinian unity government formed by Hamas and Fatah, dubbed the “national consensus government.”

In the periodic review submitted to the UN Security Council March 26, the UN special envoy to the Middle East peace process, Robert Serry, called on the international community to give “full support,” both political and economic, to the national consensus government. In other words, the Dutch diplomat is suggesting that the United States and European Union ignore Israel’s opposition to cooperation with Hamas and promote the trilateral Fatah-Hamas-Israel hudna.

That same week, on March 24, it was reported that a delegation of Swiss diplomats had arrived on a visit to the Gaza Strip, Ramallah and Israel. According to the report, the delegation, headed by the former Swiss representative to the Palestinian Authority, Ronald Steininger, and the Swiss consul in Jerusalem, Paul Garnier, was in the region to help resolve the crisis over the salaries of Hamas officials who are not part of the organization’s military wing. Also, the press reported that at the same time the Swiss are working with Serry to leverage the salary arrangement into a broad-based diplomatic-defense-economic arrangement for Gaza. In its next stage the arrangement is supposed to end the confrontation between Gaza and the West Bank and to reunite them back into one entity, as required by the Oslo Accord.

Serry, who this month ends seven years of service in the territories, noted favorably the declarations of support by Palestinian President Mahmoud Abbas and Hamas for the Swiss public services reform in Gaza. He also reported on the second visit to Gaza of the prime minister of the consensus government, Rami Hamdallah, since he was appointed to the senior post. According to him, the visit was designed to “pave the way for implementation of the consensus government’s full responsibility for the Gaza Strip, which has broad international and Palestinian support.” The way to advance the consolidation of authority and control in the West Bank and Gaza begins, according to Serry, in a “reconstruction hudna.” Its key points: a stable cease-fire under the umbrella of the consensus government for three to five years, at least.

This time period will enable an extensive and quicker rehabilitation of the Gaza Strip, including central infrastructure projects, housing construction, installation of pipelines for cheap energy and a desalination plant. The next steps will be the construction of a sea port in Gaza and the opening of all the crossings to and from the Gaza Strip for the passage of goods and people, including passage from the West Bank to Gaza and permission for the two to export goods to each other.

On March 27, several hours after Serry folded his papers and exited UN headquarters in New York, more than 3,000 men and women took off on the Bethlehem marathon, which was designed to protest the restrictions on movement imposed by Israel on residents of the West Bank. Among the runners were also UN officials in the territories. A press release about the race, under the UN logo, said that the separation barrier and the military checkpoints in the West Bank have a destructive influence on the lives of Palestinians. It also said that the blockade of Gaza similarly restricts freedom of movement of people and goods; strangles healing and economic development; and splits apart families and communities. The announcement recognizes Israel’s legitimate security needs but stresses that these must be balanced with respect for human rights.

The hudna formula is supposed to bridge the right of Israel’s citizens to security and the Palestinians’ rights to freedom of movement. An Israeli source closely familiar with the initiative told Al-Monitor that working-level Israeli officials (the Coordinator of Government Activities in the Territories) and the political echelon have been briefed about its content and will not stand in its way. Why should they do all the hard work? The Israeli side has come to realize on numerous occasions that Hamas does it better and more quickly. And indeed, this time, too, Hamas did not disappoint.

Ismail Haniyeh, the head of the organization’s political bureau in Gaza, announced that he does not reject the proposal, but he was confronted by internal opposition. Senior Hamas official Mahmoud al-Zahar has already expressed opposition to the plan, claiming that the Swiss road map is nothing but an introduction to a diplomatic arrangement based on the 1967 borders. The deputy head of the Hamas political bureau, Mousa Abu Marzouk, is demanding the document’s revision so as to water down the involvement of the joint government and leave control of Gaza in the hands of Hamas.

Mahmoud Abbas' comments at the Arab League summit held on March 15 in Sharm el-Sheikh were likely directed at this obstacle: “I hope the Arab states will adopt the same policy that they are carrying out in Yemen in the case of all Arab states suffering internal disputes — such as Palestine, Syria, Libya and Iraq.” Abbas' hope is Netanyahu’s fear.