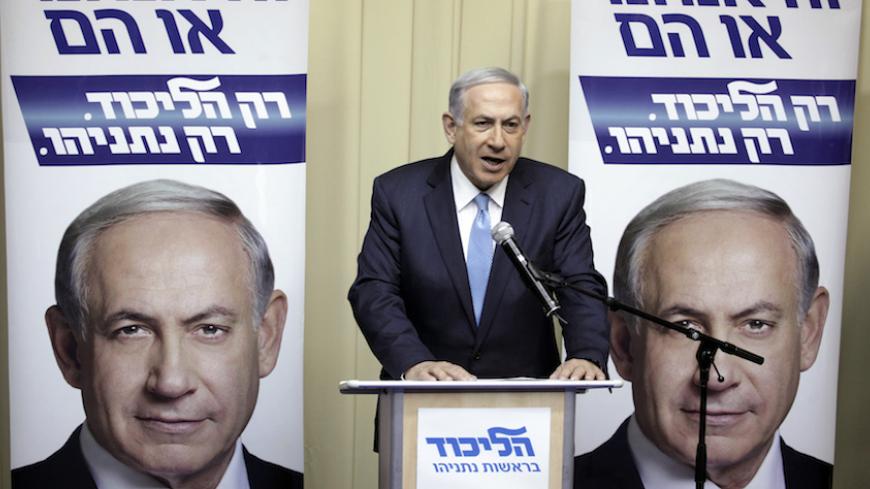 The two-state solution is here already: Two thriving states exist in Israel, one alongside the other. The problem is, these are two states for one nation. There is the state of Tel Aviv and its metropolitan areas — Gush Dan and the Sharon region — this is the European state. It is characterized by a very high gross national product, liberal values, diplomatic moderation, pragmatic security viewpoint and very lively social-cultural life. Its capital is Tel Aviv. Next to it is the Judean state, the Middle Eastern state. This state is haunted by archaic fears; it is prickly, isolationist and conservative. It is a state that prefers religious values over democratic ones, a state that is (justly) suspicious of its neighbors. With one hand it grasps a firearm; with the other, a weapon. This Middle Eastern state, whose capital city is Jerusalem, was victorious in Israel's March 17 elections and defeated its European neighbor state.

True, Israel is a member of the Organization for Economic Cooperation and Development but in reality it has other affiliations. By the way, sometime in the future, history will demonstrate which of these states was more appropriate for the country’s residents. Will the survival instincts of Israel’s residents in the violent Middle East neighborhood emerge as justified over the arrogant cultural bubble created by the residents of Israel’s “Europe”?

Prime Minister Benjamin Netanyahu’s political exploits in the last four days of his electoral campaign shaped one of the most amazing and successful campaigns in the history of Israeli politics. According to all the polls, at the end of the week he lagged behind the Zionist Camp by a steady disparity of four seats. There were days last week when, in internal polls, it seemed Bibi might get even fewer than 20 Knesset seats. The feeling was that Netanyahu was losing his touch. That the Israeli public was tired of him and his spins.

Netanyahu embarked on a massive intimidation campaign, took off his kid gloves, voraciously fell upon the parties to his right — Naftali Bennett's HaBayit HaYehudi, Avigdor Liberman's Yisrael Beitenu and Eli Yishai's Yachad — and ate them for breakfast. On the way, he left scorched earth behind him.

Netanyahu retracted his Bar Ilan speech, in which he accepted the establishment of a Palestinian state — he will soon have to deal with the results of that retraction — and announced that a Palestinian state would not arise. He incited the Arab electorate in Israel, insulted Kulanu Party head Moshe Kahlon, transformed Israel’s political left and center into “destroyers of the nation” and promised the moon to everyone — just to remain in power. Netanyahu is a no-holds-barred politician but an effective one. What wins is his tremendous, unconquerable desire to continue to be premier. Opposite him stood a colorless politician, uncharismatic and lacking claims to any security-defense credentials. A candidate who, we see after the fact, could not have won.

Now the lesson is final: Israelis love to talk about socio-economic issues, but they will vote for the security ticket. It’s a fact.

Two sectors must do some soul-searching. First, the pollsters. We have not seen a setback like this for a long time. Only one pollster, the American Mark Mellman, who works for Yair Lapid and Yesh Atid, foresaw victory for the Likud the entire time. A week before the elections, when all the other pollsters predicted a four-seat lead for Zionist Camp leader Isaac Herzog over Netanyahu, Mellman predicted a four-seat lead for Netanyahu. No one, including the writer of this article, took him seriously. Only one pollster versus all the rest.

An entire industry of polls went bankrupt on March 17. Not only did they mess up throughout the entire campaign, they even failed at the moment of truth, with highly publicized, deluxe television mockups. Channels 10 and 1 declared a tie of 27; Channel 2 determined 27 for Herzog and 28 for Netanyahu. The final results were completely different: a resounding 30 seats for the Likud and 24 for the Zionist Camp (prior to counting the soldiers’ votes).

Netanyahu enlarged his pool of voters by about 60% in three to four days. This points to the survival instincts and the strong life wish of the ideological right-wing electors who told themselves: "Yes, we love Bennett, we cling to Liberman — but if we don’t vote Netanyahu, the left will return to power and it will all be over." So they returned to Netanyahu. Not for love so much as for lack of choice. He knew how to play all the right chords at the right time, and win.

The second sector in need of some soul-searching is the media, including the writer of these lines. We will have to enrich our toolbox; our addiction to polls turned out to be ruinous. Just imagine someone getting into your cell phone and stealing your Waze application, or any other GPS you use. Suddenly you’d have to navigate on your own. To go back to the streets, the alleyways, the strange names, directions, left-right and spatial orientation. The more the polling/sampling industry and the surveys have grown and improved, the more we have gotten rusty and out of practice. Instead of looking for the people, we found the pollsters. So, now it’s over. The TV samples also won’t go back to what they used to be, once upon a time. Now, we will also have to get used to working with our feet again.

There is someone else who has to re-examine himself on the morning of March 18: US President Barack Obama. This morning, a highly placed Israeli personality who is well versed in US-Israel relations over the generations (but understandably asked to remain anonymous) told me: “The American administration is also to blame for Netanyahu’s progression to exaggerated dimensions,” she said.

“President Obama allowed Netanyahu to reach the heart of the administration’s nerve center and stand there, to deliver a speech to both houses of Congress, as if he was the American president and not the head of a tiny country dependent on the US. Next to Netanyahu, Obama suddenly seemed like Isaac Herzog. He publicly hazed the president, and got home safe and sound. The Americans should have made Netanyahu pay a price, but they did not do this. It’s a shame they didn’t look into what happened in 1975, when President Gerald Ford wanted to teach the Israeli government a lesson, announcing a 'reassessment of relations' between the countries.

"It took the late Prime Minister Yitzhak Rabin only a few short months before he gave in. The Israelis are a nation dealing with survival, and the most important thing to them is not to be taken for suckers. They watched their prime minister take the strongest person in the world to task; they also watched as Netanyahu’s patron, right-wing Republican gambling magnate and billionaire Sheldon Adelson, also humiliate the president whenever he wants. They understood that, although Israel’s ambassador to Washington Ron Dermer is persona non grata in the administration, he continues to circulate in the US as much as he wants. They understood that Bibi defeated Obama. This deepens the tragedy with everything regarding the functioning of the American administration in the Middle East arena in general and the Israeli arena in specific, from the first minute.”

What will happen now? The educated guess is that Netanyahu will establish the government he committed himself to, with the right wing and the ultra-Orthodox. Then afterward he will try to attach Herzog or Lapid to it, to provide the fig leaf to help him deal with the many hardships waiting for him in the international arena.

The current kingmaker is Kahlon, the man who came from nowhere and raked in 10 seats. While these very words are being written, political feelers are underway between Kahlon and Liberman (who succeeded in surviving against all odds) to establish a joint political bloc. Together, with 16 seats, they would be able to leverage themselves and hint to Netanyahu that all options are open.

Kahlon wants to be finance minister. Liberman wants to be defense minister. An alliance with Kahlon would give Liberman a one-up over Bennett, who also wants the Defense Ministry portfolio (an article printed recently here in Al-Monitor covered the anticipated scuffle over the security post). When we add to this mix the fact that current Defense Minister Moshe Ya’alon really does not want to leave his job, we uncover Netanyahu’s first headache. And we haven’t even talked about what kind of reception Netanyahu’s government will receive if its defense minister is Bennett or even Liberman.

In the center-left arena: deep mourning. Herzog was a colorless candidate, and the addition of Tzipi Livni as co-chair did not help things much. Israel in 2015 is much more right-wing and religious than a decade or two prior. Demography has had a share in this (the natural increase in followers of the National Religious Party and ultra-Orthodox Jews is much higher than that of secular Jews). But the “wonders” of the “new Middle East” and the “Arab Spring,” including the second intifada, also had an effect.

No, the game isn’t over yet. Someday it will be possible to change Israel’s government, but for that the left will have to equip itself with a real “Mr. Security” — a candidate with a strong security background. Only two such persons from the left took over the government in the last 25 years: Yitzhak Rabin and Ehud Barak. Both were former chiefs of staff. In the current era, Netanyahu operates a predatory propagandist political machine that neutralizes any such potential threat. The last was former Chief of Staff Gabi Ashkenazi. Ashkenazi is now waiting for the decision of the legal adviser to the government; the latter is expected to close the case against him. When that happens, Ashkenazi is expected almost overnight to become the Great White Hope of the center-left. Another in a series of hopefuls who usually turn into false hopes on their way up.