Iraq accepts international support in its war against IS

Iraqis should dismiss criticism against the US role in the war against the Islamic State, because this war is international and the country needs any help it can get, whether foreign or local. 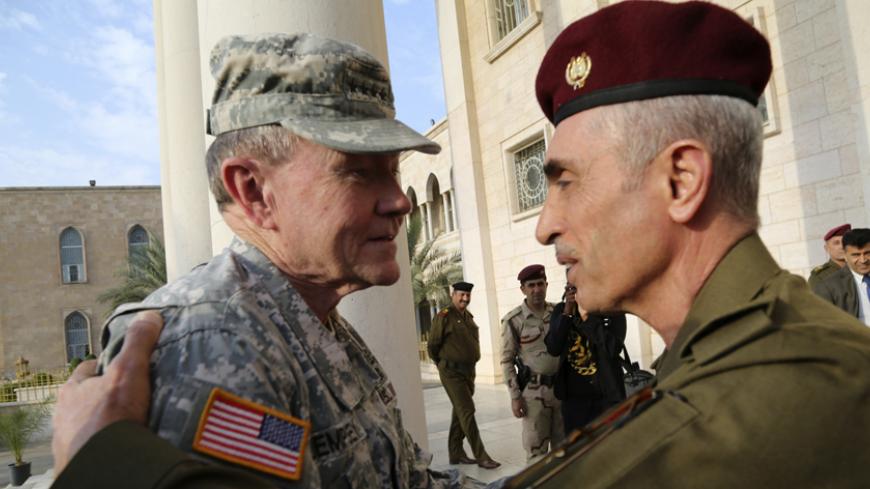 Some Shiite circles in Iraq are unhappy about the US role in the war against the Islamic State (IS), and some politicians are saying that Washington is offering aid to IS in its battles.

A leader in the Popular Mobilization Units, for instance, announced March 23 that they do not need the help of the international alliance’s air force in the Tikrit battle, as he believes Americans are supporting IS.

During a news conference in Najaf on March 5, Stuart Jones, the US ambassador to Iraq, denied the talk about US support for IS, as has the Iraqi Ministry of Defense. On March 20, the ministry revealed that a military committee conducted investigations in the bombing of the Iraqi army’s camp in Anbar on March 11; the investigations disproved that the international alliance aircraft raided the camp and confirmed that IS, in fact, bombed it.

Iraqi Prime Minister Haider al-Abadi denied claims of a US involvement with IS, saying: “The US aircraft do not take action unless the Iraqi government approves. There is no evidence that any US aircraft aided the terrorist IS organization.”

Several attempts aimed at creating a general public mood that fuels the suspicions regarding the US stance through media leaks and news articles indicating US support for IS.

However, these attempts ignore the fact that the United States participated in the war against IS in response to an official demand from the Iraqi government.

It seems that these attempts are based on statements issued by US parties. Retired Gen. David Petraeus considered in statements on March 21 that the Shiite militias or the Popular Mobilization Units constitute a bigger threat for Iraq than IS. Such statements, along with the responses of Iraqi political leaders, added to the confusion in understanding the US role in Iraq.

The US role in the war against IS has been in the spotlight for months now, whether with the intention of questioning it or undermining it. But this is ultimately not in Iraq’s interests, which are linked to the US commitment to defend Iraq’s independence and protect the democratic process in the country in the context of a strategic US-Iraq agreement.

What’s more, the US military support for Iraq has not been restricted to airstrikes, as the United States has given Iraq important intelligence information regarding the activities of militants, their deployment locations and information regarding which targets are more important than others, in addition to training Iraqi forces and concluding major weapons deals with the country.

The US-Iraqi relations are strategic and run deep. Iraq has no interest in ruining these ties by giving free rein to voices wanting to isolate it from international and US support. Clearly, for Iraq to strengthen these relations, it should take balanced steps in its regional and international relations. The deep Iranian-Iraqi friendship must not have a negative influence on the foreign relations of Iraq, which should be a melting pot for international and regional interests rather than an instigator of disputes.

Iraq does not stand alone in fighting IS, although the battles are raging on its grounds. This war is international, and in this spirit, Iraq must not continue in the absence of international support.

It must respect and appreciate the efforts invested in this war and must also be grateful rather than heedless. This also applies to Iraq’s stance on the Iranian aid — including intelligence, training and armament — that was offered to the Iraqi government in the war against IS, and on the international alliance states that are playing an influential role in this war in terms of political and military support.

The fact that the Iraqi government has requested on March 24 that the Obama administration hit IS sites in central Tikrit, and even if it [the request] came a little late, has managed to fluster IS and opened the way for the advancement of members of Iraq's national crowd toward the city, according to Iraqi army brigadier Noori Abdul Razzaq al-Saadi. Iraq deeply needed and still needs such efforts, and must not squander because of political biddings and games.