What's next for Hakan Fidan? 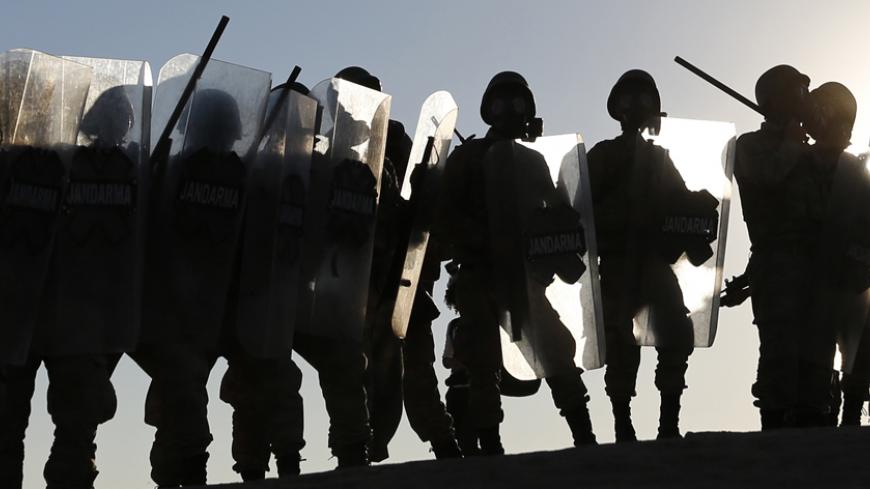 For the past 10 days, Turkey’s political agenda has been preoccupied with the resignation of Hakan Fidan, the all powerful chief of the National Intelligence organization (MIT), to run for a seat in the parliament. Some have interpreted the move as a sign of a major split in the ruling Justice and Development Party (AKP) and beginning of an alliance with Prime Minister Ahmet Davutoglu against President Recep Tayyip Erdogan, while some others insist that despite the resignation, ties between Erdogan, Davutolgu and Fidan are as robust as ever.

The intention here is not to discuss why Fidan resigned, but to give a technical analysis of what it may mean. Until the June 7 general elections, Fidan is expected to contribute to election security primarily by keeping the streets calm.

Fidan is known for his calm and quiet disposition. His colleagues at Bilkent University told Al-Monitor that as a student, Fidan was quiet, disciplined and fully committed to his studies. He should not be expected to deliver fiery speeches to AKP voters during the election campaign.

Fidan, who served as a noncommissioned officer in the Turkish army for 15 years, wrote his master’s thesis on a comparative study of the Turkish, US, British and Russian intelligence systems and his Ph.D. dissertation on the effects of information systems on diplomacy and foreign policy. The common thread was gradual institutional change, which Fidan later became known for implementing.

An academic in Ankara who knew Fidan well but requested not to be named said he stood out by engineering smooth changes in massive organizations such as the Turkish Cooperation and Coordination Agency and then at MIT. Many now feel that after the elections, Fidan will be tasked with redesigning Turkey’s entire security apparatus.

What do the military leaders, the former rulers of the land, think about this? Almost all of them have strong positive feelings about their former colleague. According to a senior military official who spoke to Al-Monitor on condition of anonymity recalled how Fidan played a significant role in shaping the coordination and cooperation between the top military and civilian cadres after 2011 and creating an atmosphere of mutual trust. The military, of course, will have further expectations from Fidan in the new phase.

Fidan’s mission will be to manage the change in Turkey’s security structure, a task he couldn’t have taken on as a bureaucrat in charge of MIT because such a mission needs an elected official at its head, ideally a minister.

Fidan is expected to change Turkey’s security apparatus with a new ministry to be called the “Ministry of National Security." This idea is nothing new. Before he ended his tenure, former President Abdullah Gul prepared the “Presidential Defense Reform Report,” which was later adopted by the new president. Its message was clear: Security services in Turkey are too fragmented and redundant. Coordination among security agencies is feeble and security elements are not trained and experienced enough to cope with newly developing threats and risks.

Fidan may be expected to cure this issue by redesigning the country’s security structure. As a first step, the security functions of the Prime Ministry, and those of the ministries of Defense, Interior, Foreign Affairs, Industry and Customs will be consolidated under the roof of the new ministry. The ministries of Interior and Defense will not be eliminated, but their mandates will be narrowed and most of their functions will be transferred to the new ministry. The National Security Ministry will supervise the coordinated operations of Turkey’s military, MIT, police, cybersecurity and other security departments.

There are studies in progress examining the security systems of advanced countries. The project's results are expected to be put into use after the 2015 elections.

Who will be the new head of MIT?

There can't be many people who would like to take Fidan’s place as MIT head. Columnist Ertugrul Ozkok wrote in Hurriyet Feb. 14 that the MIT head will always be the first to be affected by the negative consequences of Turkey’s Syria policy. Ozkok wrote, “Fidan is escaping from something. He wants to distance himself from a danger and doesn’t want to be held responsible for it.” According to Ozkok, Fidan is fleeing Turkey’s Syrian policy, which is “no longer shaped by logic but by emotions.” Ozkok says Fidan has left MIT because he knows that this wrong policy could get him into trouble with international law.

Who, then, will it be? For now, Ismail Hakki Musa is running the organization as acting undersecretary. The decision will be made by Erdogan and Davutoglu, who will consider the views of the military's high command. It is, however, possible that the appointment of the new head will be delayed until after the general elections to avoid a crisis within the AKP.

The first candidate is Serdar Kilic, currently Ankara’s ambassador in Washington. This possibility gained currency in a surprising three-hour meeting Erdogan held Feb. 13 with Kilic at the Houston airport, where his plane had landed to refuel, an unannounced diversion that must have been arranged in advance.

A senior Middle East security analyst told Al-Monitor on condition of anonymity that Kilic would be a perfect choice for this post, with his intimate knowledge of the Middle East and proven activist attitude as an ambassador, especially in Lebanon. Having served as the secretary-general of Turkey's National Security Council before his appointment as ambassador to Japan, Kilic is already familiar with Turkey's key security agencies.

A second option would be to appoint Musa, a retired ambassador, to the post.

Another name circulating for the post is Muhammed Dervisoglu, the undersecretary of Public Order and Security under the Interior Ministry. But given the increasing involvement of his department in the solution process with the Kurds and coordinating contacts with imprisoned Kurdistan Workers Party leader Abdullah Ocalan, it is unlikely that he will return to MIT from his new post.