Hakan Fidan, Turkey’s highly intellectual and pro-West intelligence chief, has drawn a lot of attention and criticism as the architect of the peace process with the PKK. 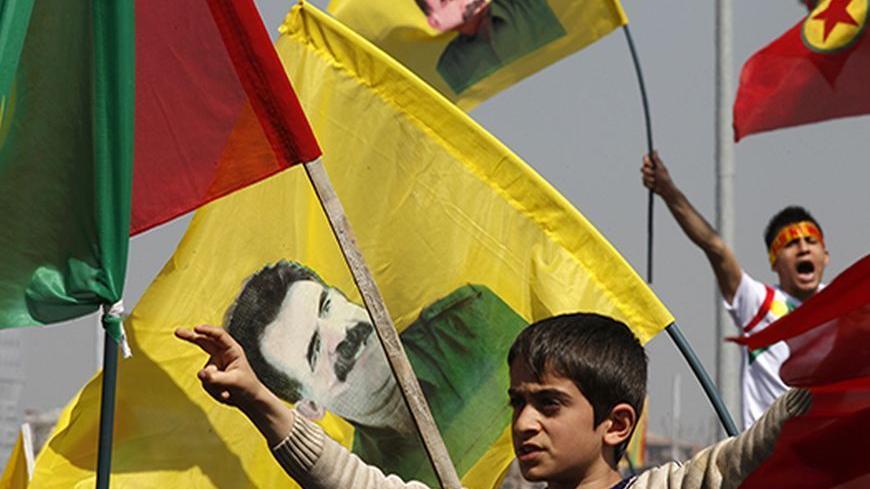 Before going into those negative comments in the Western media, it would be best to convey some information and my personal views about the Turkish National Intelligence Organization (MIT) official.

Fidan's impressive intellect is well known. The son of a Turkish family with extremely limited means, Fidan served as a noncommissioned officer in the Turkish armed forces for 15 years. Realizing that what he was doing was not suited to his intellectual capacity, he resigned from the armed forces in 2001.

Fidan completed master's and doctoral studies on intelligence and international relations at Turkey’s prestigious Bilkent University. He paid the utmost attention to bringing up his two sons as intellectuals. He is known to enter bookstores and not come out for 10 hours. While completing his doctorate, he worked in a bureaucratic post that enabled him to visit many countries of the world. That experience contributed immensely to the development of his intellectual and organizational abilities.

Since 2009, Fidan has been the leading architect of the process that brought the Turkish state and the Kurdistan Workers’ Party (PKK) to the negotiating table. He became a leading critic of the futility of the traditional Turkish state policies of assimilation, oppression and intimidation toward the Kurdish issue. He is a persistent defender of the rights and freedoms of Kurds and other oppressed social groups. As such, he is an unprecedentedly democratic-minded official in the history of Turkish intelligence.

I personally think this is the root of his recent problems. Until now, Washington and other Western capitals were used to dealing with a passive Ankara that simply followed instructions. With Fidan came a new Ankara, fully committed to the Western alliance but active on its own and taking its own initiatives.

Now we turn to recent comments in the Western media. First, The Wall Street Journal wrote about the conflict between Ankara and Washington over Turkey’s Syria policy and its alleged support for al-Qaeda terrorists in Syria. The core of the article was the discord over Syria, but for some reason, the report highlighted Fidan. According to a bizarre allegation by the paper, Fidan had shared US-Israel-sourced intelligence with Iran. The report suggested that the CIA thought Fidan might have done this to gain the Iranians' confidence.

David Ignatius, a well-known columnist for the Washington Post, followed up with his own article. In that one, the intelligence-sharing claim was couched in the sensational allegation that after the MIT passed on the US-Israel intelligence to Iran, 10 Iranians working for Israel were arrested. The incident, hinted at by The Wall Street Journal but fully revealed by Ignatius, is reportedly two years old.

Ismet Berkan of the mainstream daily Hurriyet — a paper which keeps its distance from the Turkish government — said in one of his frequent articles on intelligence affairs that impeding Iran’s nuclear program and learning more about it is Israel's most vital national security issue. Now, you lose 10 of your valuable agents in such an affair, and your reaction is merely to leak bits and pieces about it to the media after such a long time? Is that possible? For Israel to recruit Iranian agents must be an extremely difficult task. To lose 10 such hard-to-find agents all at one go must have been disastrous. Reactions to such a phenomenal loss could not have been so light and simple. There must be something else behind all this.

Sources close to Fidan I spoke with say there is an effort to fully exclude Turkey from Iran and Syria issues and thus isolate it. Actually, Turkey has not been a part of the Iranian issue since it undertook to mediate in Iran’s nuclear negotiations with the West and produced an agreement along with Brazil, and then voted against the US proposal at the United Nations for sanctions against Iran. Negotiations with Iran on its nuclear program have just resumed, and the Turkish state is following the developments from the media like any outsider.

It is no secret that Turkey-Iran relations have badly deteriorated because of Syria. Before that, there was serious disagreement over Iraq. Turkey’s disagreements over Syria are not only with Russia and Iran, but also with the United States. Turkey accuses the United States and the West in general of dragging their feet over Syria and acting too slowly, while they worry about not being able to predict what will follow President Bashar al-Assad. They accuse Turkey of saying, “We just want Assad to be toppled; we don’t care by whom."

What is the message, then, that Turkey is supposed to get about Fidan? Is this news leaking out of the blue, or is the idea is to send a message to Turkey? As Berkan asked in Hurriyet, is there a wish to isolate Turkey from its eastern and southern neighbors? After already becoming a spectator to the Iran issue, is there a plan to lower Turkey to the same status while reshaping Syria? Turkey has lost most of its influence over Iraq. Is the West that has abandoned some of its roles in the Middle East now trying to prevent or delay Turkey from stepping into the breach?

Then there are the internal dimensions of the affair. It must be recognized that there is a team in the Turkish media that constantly targets Fidan. There is a widely accepted perception that these writers are guided by the intelligence units of the Turkish police. Similarly, the approach of the Gulen Movement media to Fidan is also negative. They support the police intelligence. The competition, not always friendly, between the MIT, led by Fidan, and police intelligence is public knowledge in Turkey — so much so that on Feb. 7, 2012, based on files prepared by police intelligence, some prosecutors tried to arrest Fidan for organizing the talks with the PKK. For the Turkish police and public prosecutors even to recognize the PKK as an interlocutor is a crime. Only fighting the PKK is acceptable, and the Turkish government cannot decree otherwise. This bizarre event passed into Turkish political history as an attempt at a "judicial coup" to which Prime Minister Recep Tayyip Erdogan and President Abdullah Gul reacted with rage. The government quickly enacted a law providing legal protection to Fidan.

In those days, there were many newspaper articles charging Fidan of being pro-Iran. Nowadays, he is also charged with supporting the growth of radical groups in Syria such as al-Qaeda, Jabhat al-Nusra and the Islamic State of Iraq and al-Sham.

Kurdish writer Kurtulus Taviz, who knows the PKK well, wrote, "What is important here is to determine who is the real target. Is it Fidan or Erdogan, who gave authority to Fidan? My answer is both. Fidan is not your usual MIT undersecretary. Fidan is an official under indisputable control of the political authority. This is a vital point. The MIT as an institution has always had a key role in our political system. If it did not play a role in civilians taking over power, it always had a determining role in overthrowing the civilian authority.

"MIT, although supposedly under the orders of the civilian authority, opted to offer its clout to the service of tutelage powers was thus the second most effective power after the army to enfeeble and topple governments. Fidan’s unquestionable loyalty to the civilian authority, his rejection of influence of national and international centers of gravity, made him a target of accusations."

I think that Fidan today faces systematic propaganda because of his loyalty to Erdogan. One objective of the denigration efforts is to hit at Erdogan via Fidan, as can be sensed from the incredible claims that Fidan also determines Turkey’s Syria policy. It is known by all that Fidan doesn’t shape Turkey’s foreign policy. It is senseless, even preposterous, to accuse him of this.

It was Erdogan who named him to this post, hence the rationale of hitting at Erdogan by targeting him.

When Fidan was summoned by the prosecutor on Feb. 7, the message to Erdogan was: “You are next.” Of course, Erdogan understood that he was the target and said as much.

The answer to why Fidan and Erdogan are targeted is closely linked to the peace process with the Kurds. This process is not just a domestic affair, but a regional move by Turkey. When you look at it from that perspective, you can better understand why Erdogan, as the man who launched the process, and Fidan, as the man moving it forward, are targeted by local and external powers. These attacks will not end as long as the process continues.