Have AKP's policies caused rise in violence against women? 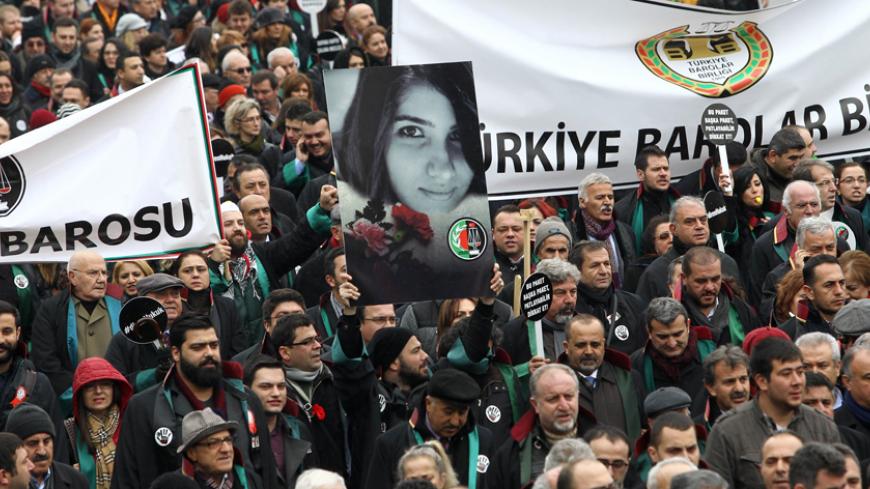 A member of Turkey's Bar Associations holds a poster depicting slain Ozgecan Aslan, in Ankara, Feb. 16, 2015, during a march to protest against a law that strengthens the police's power. - ADEM ALTAN/AFP/Getty Images

The BBC reported on Feb. 17 that her name had been tweeted 4.6 million times. Ozgecan Aslan was not even 20 years old when she fell victim to a brutal murder. She was a college student in the southern town of Mersin in Turkey. While returning home from class on the afternoon of Feb. 11, the minibus driver attempted to rape her. She did as Minister of Family and Social Policies Aysenur Islam had recommended: women and children in distress should “learn to scream.” Aslan screamed, fought and used her pepper spray against her attacker. There are scratch marks on the murderer’s face. He got mad at her for resisting the assault and stabbed her with his knife. According to him, she was not dead when he called for help from his father and a friend, both of whom complied. Things then only get worse. It is not just murder, but the attempt to get rid of the evidence by cutting off Aslan's hands and burning her corpse. Reading the detailed accounts of the murderers, one cannot help but feel deep sorrow, embarrassment, fear and fury.

Islam criticized the media in October 2014 for their insistence to dwell on these murders. Although official numbers have not been released for 2014, researchers have compiled records of at least 281 women murdered. The murder rate of women rose 31% from 2013 to 2014, and in January 2015 alone, 26 women were murdered in Turkey. Aslan’s murder highlighted the fact that less than 6% of all prosecutors who deal with rape cases are female. Pundits claim a male-dominated courtroom along with lax laws encourage attacks on women.

Two intriguing points in the aftermath of Aslan’s murder are noteworthy. First, as the public uproar started, a few regular Justice and Development Party (AKP) supporters tried to silence the resentful voices. This backfired with a vengeance. Some examples of high-profile tweets follow:

On Feb. 14, Cemile Bayraktar, a female hijabi blogger for the pro-AKP daily Yeni Safak tweeted: "Muslim country, rape … try not to be a greedy opportunist, in the US every two minutes a woman gets raped. Now, shut your mouth." Her tweet generated hundreds of angry replies. One person replied: “So you are telling us if you were raped, you would be pleased about it, and you would continue with your life?”

Another provocative tweet was written by a popular television personality, Nihat Dogan. He tweeted on Feb. 14: “Women wearing miniskirts and getting naked don't have the right to make a fuss if they are harassed by perverts deprived of morals due to the secular system." He faced a stronger backlash than Bayraktar, losing several of his professional contracts and being ostracized on social media.

For the first time, other AKP supporters did not defend the outrageous statements of these pro-AKP public faces. The reason being they did not correctly predict President Recep Tayyip Erdogan’s reaction. Erdogan did not remain quiet and approached the matter with sincere humility. His daughters visited Aslan’s mourning family. Erdogan and his wife also promptly offered condolences to the family. Indeed, Erdogan stood tall and pledged his time and attention to the family to bring the murderers to justice. He said, “This could have happened to any one of our daughters.”

Indeed, Erdogan's statements led the lone pro-AKP voices, who had attempted to turn this hideous crime into blaming the victim, to retract their words. For the first time, pro-AKP figures had not found support and were left vulnerable to social lynching. One prominent religious figure, Cubbeli Ahmet Hoca, declared Aslan a martyr.

The second crucial point is the spontaneous campaign that was started on social media with the hashtag #sendeanlat (you tell your story). Under this hashtag, women from all walks of life shared their stories of sexual and physical harassment. The floodgates to shocking revelations had been opened. Over 1 million tweets were posted. These devastating firsthand accounts of victims showed no women in Turkey were immune to sexual harassment; it affects minors, hijabis, the elderly and disabled, those living in urban and rural areas, those with little education and graduate degrees, the rich and poor and tourists and locals. All these women had been taught since early childhood to hide in shame and remain quiet in the face of rape and sexual harassment. Now it was out in the open.

However, not all reactions were in support. Female columnist Sevda Turkusev from Yeni Safak tweeted: “Come to your senses. Go tell these stories to a doctor, not on social media. Do you think you will all become movie stars by airing your dirty laundry here?” Other voices urged all cases of rape and sexual harassment to remain untold, according to the Turkish honor code.

Photos of Aslan, smiling, decorate taxis, buses and buildings. Women, men and children have heeded the call to “wear black” to show their sorrow and protest. Yet, experts fear soon this populist fanfare will subside and murderers and rapists will continue to be released after short sentences.

The People’s Democracy Party deputy chairwoman, Hatice Altinisik, responsible for people and their beliefs, told Al-Monitor, “We are trying to survive male terror every day.” Altinisik emphasized how the AKP still fails to provide real policy solutions to these deep-rooted problems. She said, “They are still proposing band-aid solutions, not a real cure. Pink buses are fine, but where do we go after we get off the pink bus?” Indeed, the latest perplexing AKP solution to prevent another case of brutal murder came from the Higher Education Board (YOK). YOK announced that class times would be changed, so that female students can get home before sunset.

In other words, the AKP's policies do not help to make the streets, or police headquarters for that matter, safe for women.

Researchers have listed several reasons a man could receive a reduced sentence for murder or rape, such as: a man who says, “she was wearing jeans; she came home an hour late; there were birth control pills in her purse”; a rapist who could not complete the attempted rape; a victim who fails to scream during rape, which is viewed as giving consent and criminals who come across as well mannered in court. Yet, there has never been a discussion on “registering sex offenders” in Turkey. With this mindset, perpetrators of sexual crimes receive a slap on the wrist at best. We must remember it was the AKP government that looked the other way during the Gezi Park protests, while female protesters were systematically sexually abused by the police.

Sexual and physical harassment of women has been a pervasive and long-term problem in Turkey. While it did not start with the AKP government, they remain unconvinced that its faulty policies and dangerous rhetoric have contributed to the number of murdered females to skyrocket. A hope for change is therefore fruitless. 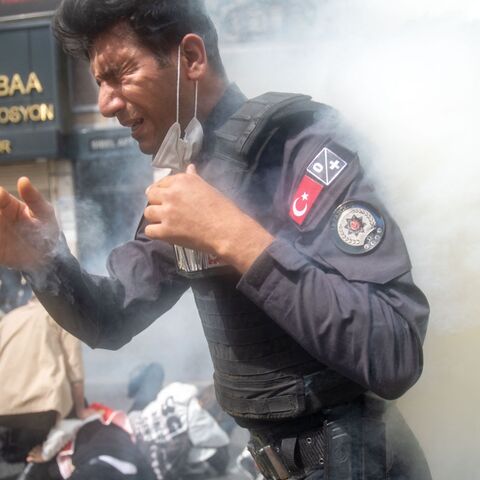