Does Assad meeting signal a shift in France's policy?

A secret visit by French parliamentarians to Damascus is raising questions about a possible major shift in France's Syria policy. 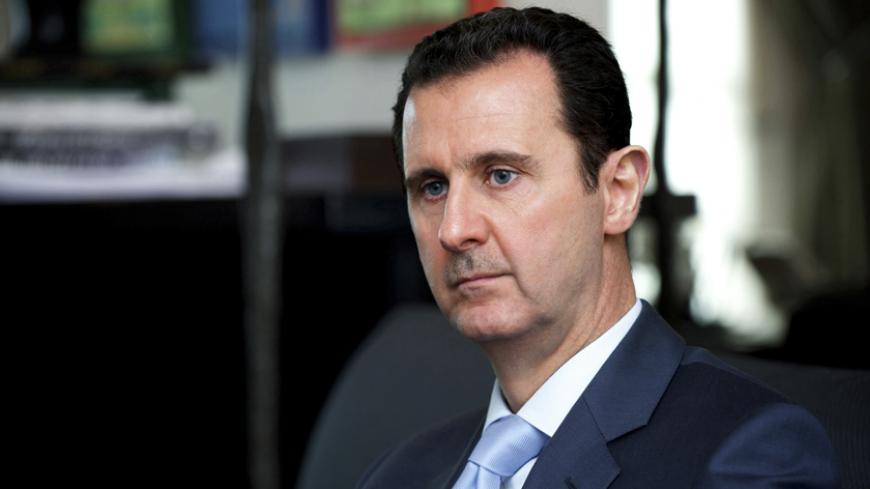 In late February a French parliamentary delegation secretly flew into Damascus, where its members met Syrian President Bashar al-Assad, a move seen by many in Paris as a sign that Elysee has revised its policy on Syria. Like many of its Western partners, the French government had ruled out talks with the Assad regime as the Syrian conflict brewed into civil war. The visiting delegation from the French National Assembly and Senate consisted of Gerard Bapt, a deputy from the governing Socialist Party; Senator Jean-Pierre Vial, a member of the main opposition Union for a Popular Movement (UMP) and chairman of the France-Syria Friendship Group; Jacques Myard, a UMP parliamentarian; and Senator Francois Zocchetto, a member of the Centrist Alliance.

Official ties between the two countries were severed in March 2012, when France withdrew its diplomats from Syria. Since that time, “Assad must go” has defined Quai d'Orsay's Syria policy. There have, however, been recent attempts at dialogue between the two governments.

With France prominent among the countries from which jihadist recruits originate, the two countries’ intelligence services were the first to make contact, in December 2013. The French decided that it was imperative to talk with the regime after jihadists began returning to launch bloody attacks at home. The French General Directorate for External Security asked the Mukhabarat, the Syrian intelligence service, to share information on French nationals fighting with jihadist factions, but when Damascus conditioned cooperation on reopening the French Embassy, the talks collapsed.

The French Foreign Ministry reportedly had approved the secret visit provided the delegates not meet with Assad. On Feb. 24, the delegation had an intensive day of talks with Syrian officials, including People’s Assembly Chairman Mohamed Jiham Laham and Mufti Ahmad Badreddin Hassoun, and visited a hospital. The Frenchmen were taken by surprise the next morning when they were escorted to the presidential palace.

Myard confirmed to Le Monde and BFMTV that they had met President Assad Feb. 25. Speaking from Damascus, he called it a “useful meeting that lasted more than an hour,” but did not provide details. “There's lots to tell you, but I will not be able to say more. We are to deliver the messages to the right places, as it were,” he said, referring to providing a detailed report to French authorities. “The Americans have resumed talks with them, why shouldn’t we?” the parliamentarian said, defending the delegation’s meeting with Assad. He claimed to be on a mission undertaken as a “personal initiative” to listen to the other side. “We need to speak directly with Assad to understand what is going on there,” he said.

Myard also voiced “deep concern” about a possible “double-crossing by countries like Turkey, Saudi Arabia and Qatar,” but did not elaborate. All three countries have ruled out any solution to the Syrian crisis that allows Assad to remain in power and are known to have backed extremist groups fighting the regime.

How much President Francois Hollande and the Foreign Ministry knew about the visit has sparked controversy in France, because it could signal a major policy shift in Syria policy. Unidentified Elysee sources told the press, “If we wanted to send a message to the Assad regime, it would not be made through Gerard Bapt.” In addition, government spokesman Stephane Le Foll asserted that it was not an official trip. “It is entirely a personal initiative. No message has been sent by our government,” he said.

The Foreign Ministry claimed that it did not plan the visit, but leading experts and politicians were skeptical. Calls from within the government and intelligence services to re-establish contact with the Assad regime intensified in the aftermath of the Charlie Hebdo attack in January. "We cannot deal with the Islamic State (IS( without going through Syria. It is our obligation to restart dialogue with the regime,” said Bernard Squarcini, a former intelligence official who once oversaw France's counterespionage and counterterrorism activities, in an interview with BFMTV.

Speaking to Le Monde on condition of anonymity, a right-wing member of the National Assembly called the meeting in Damascus a “trial balloon” to see whether restarting a diplomatic dialogue with Syria would be possible. Meanwhile, Elisabeth Guigou, chair of the Assembly’s Foreign Affairs Commission, has warned against it, describing such an initiative “extremely risky.”

Although the response from the Elysee Palace was relatively muted, the meeting with Assad annoyed members of the Syrian opposition, particularly the divided Syrian National Council. “Those who extend their hands to Assad are doomed to lose,” said Burhan Ghalioun, the council’s former chair, in an interview with Al-Monitor. He called the French politicians involved “disoriented.” He noted, “It is their private initiative. Several members of the parliament may want to meet Assad, but it will not change the official French policy. Anyway, even some MPs in Turkey have met this Assad monster before. It hasn’t changed Ankara’s policies.”

Didier Billion, deputy director of the French Institute of International and Strategic Affairs, believes the French government must have played some sort of role in the visit. He told Al-Monitor, “I don’t know if Elysee Palace contributed to the visit, but it cannot be entirely by chance. It means that the government might be looking for ways to get in touch with them in the coming weeks or months, in one way or another, directly or indirectly. I think France will try to contact Assad, hiding the bad image of a policy U-turn. Since we cannot negotiate with IS, we have to accept the reality and get in touch with Assad.”

According to UMP Deputy Alain Marsaud, a former anti-terror magistrate, the visit would not have taken place without Elysee’s approval. He said he had been asked to take part in the delegation, but had decided against it. In an interview with BFMTV, he said, “All of us have known about it for weeks. If President Hollande had said ‘no,’ the trip would not have taken place. It is the beginning of a process to recognize the regime in Syria. What else can France do? Talk with ISIS? The Americans and British already have begun talking with Assad.” Marsaud predicted that Paris will begin official talks with the Assad regime by the end of the year.

On the day of the Assad meeting, the French government chose only to say, “This is not an official trip.” The following day, however, the government condemned the meeting. Hollande denied that he had known about it, saying, “I condemn this interview with a dictator.” Prime Minister Manuel Valls said, “These four deputies have committed a very big mistake that dishonors them. It is immoral to talk with a butcher,” he said.

Socialist Party Chair Jean Christophe Cambadelis announced that his fellow party member Bapt will be punished, but the opposition parties have supported the initiative. Francois Fillon, a former prime minister from UMP, and Florian Philippot, vice president of the Front National, asserted the necessity of a dialogue with Assad and gave their backing to the four deputies. Philippot even said to Radio France Inter, “This visit is highly intelligent and forward looking.”

The visit to Damascus appears to have taken place with Elysee’s approval, based on official statements and comments. Most important, the meeting with Assad, whether prearranged or not, has broken a taboo in French diplomacy. Maybe it is not a U-turn, but it signals a major diversion in France's Syria policy. The remaining questions are expected to be clarified when the delegation returns to Paris and faces reporters at a press conference. 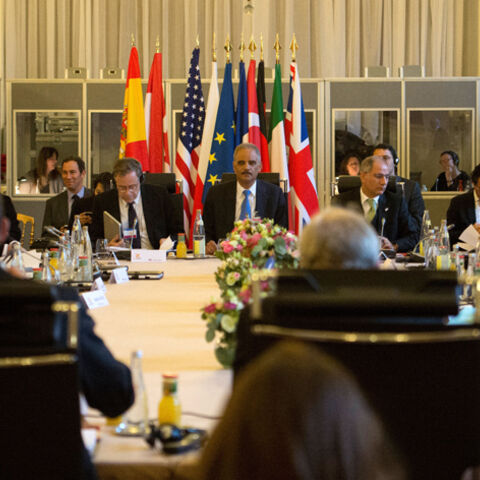 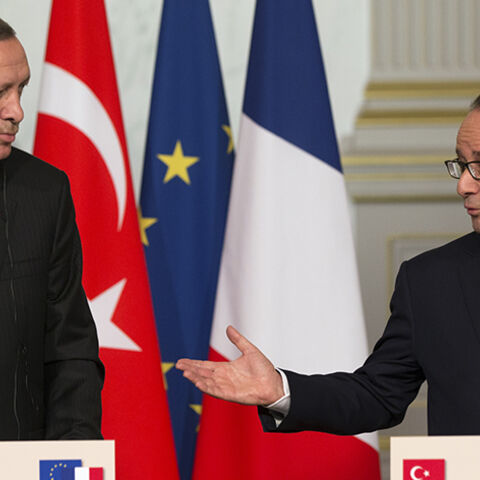