The Arabic studies project of the Israeli Arab Jisr az-Zarqa village encourages its Jewish students to substitute part of their tuition with service to the village, to strengthen their ties with local Arab residents. 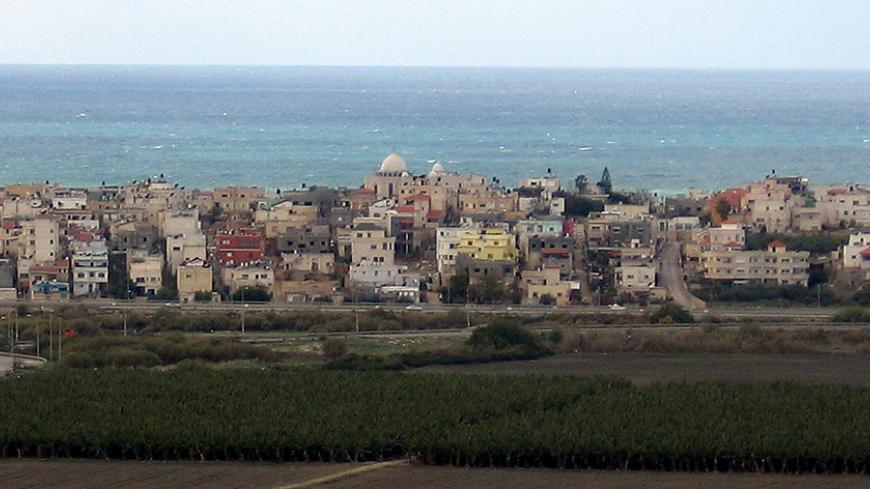 The predominantly Arab Israeli town of Jisr az-Zarqa is seen from the surrounding countryside, in northern Israel, December 2005. - Golf Bravo

The new students attending the seventh session of the “Bridge to Arabic” language course can look out over the Mediterranean Sea from their classroom window. Over the next three months, they will spend one day a week steeped in Arabic language and culture in the village of Jisr az-Zarqa, one of the poorest Arab communities in Israel. The village sits along a stunning stretch of beach between Kibbutz Maagan Michael and affluent Caesarea.

Hundreds of thousands of Israelis a year drive along Highway 2, connecting Tel Aviv and Haifa. It is one of Israel's most beautiful main arteries. Immediately to the west of the highway lies the Mediterranean. To its east are lush green fields. But most passengers barely notice the road sign marking the entrance to Jisr az-Zarqa. Very few of them have ever taken the time to visit this “Arab fishing village,” trapped physically and culturally between the Jewish communities.

The “Bridge to Arabic” project was initiated by the Institute for Democratic Education of the Kibbutz Seminar to break through the metaphoric barriers surrounding Jisr az-Zarqa. And this wasn’t just for the sake of the villagers. It was also intended to benefit the Jews, who don’t usually turn off to the side of the road to visit their neighbors living by the sea.

The seventh session of the Arabic-language course, which began January 2015, takes place in the Jisr az-Zarqa community center. During the course, students learn both spoken and literary Arabic. But they don’t just spend time sitting before a blackboard in classroom sessions. They also go on educational excursions in the stretches of wilderness along the village’s coastline and even have meals in the homes of local residents. All of their communication takes place in Arabic, of course.

“I wanted to learn in a place that had ties to Arabic culture. I found the project’s Facebook page through a friend,” said Or Gilat, a 38-year-old criminology student, who completed the sixth session of the course and is now trying to get an advanced course off the ground. “I was there last summer [2014] on an intensive, month-and-a-half program. We studied for three days a week, and once every two weeks we went on a nature trek, during which we learned specific terms related to the area.”

That sixth session was considered special, because it took place during Operation Protective Edge in July-August 2014. “We started the course with 13 students, but some of them left when the war broke out, leaving us with only six,” Maryam Amash, one of the two teachers, said. “I spoke to them and discovered that they were afraid to come here. I tried to convince them otherwise, but so far they haven’t come back to study here.”

“Learning Arabic in Jisr az-Zarqa has become a statement of intentions, the kind of thing that activists do,” Gilat said. “People ask me why I go there. After all, it’s dangerous. People around me see it as a political act, but I see it as an act of sanity. Learning your neighbors’ language is the sane thing to do.”

For Arnon Shomer, 33, it wasn’t easy getting to Jisr az-Zarqa during the war. “The whole country was seething, and that inevitably affects you. You can’t remain indifferent,” he said. “Nevertheless, that didn’t prevent me from coming. Now, the more I visit there, the more I feel at ease.”

Also attending that same course was Gili, a woman from Tel Aviv in her 20s, who works for Ofek, an initiative dedicated to building Israel’s first social bank. The three students teamed up to promote “Bridge to Arabic” and turn it into a real school. “We don’t know how to establish a school,” Shomer said, “so each of us made an effort to bring educators and social activists we know to advise us. The idea is to take the exiting curriculum and turn it into something more organized.”

Shomer may have completed the course, but he continues to visit Jisr az-Zarqa regularly. That’s because he decided to pay the tuition in a somewhat unusual way. He gives courses in Hebrew to Arabic-speaking young people and adults in the same community center where he studies Arabic, and he will continue to do so, “until we all get fed up with it,” he laughed. His students arrive exhausted after a long school or work day, so during one of his most recent lessons, he took them out to the yard to learn Hebrew in the sun, using a game. “Today, Jisr az-Zarqa is more than just a name on a map for me. I discovered this place, and got to know some very warm, good people. That was a big gift to me.”

It’s not as if he couldn’t have met them earlier. It turns out that Shomer was born on neighboring Kibbutz Maagan Michael, just 3 kilometers (nearly 2 miles) from the Arab village.

There are also other students who pay their tuition similarly, in a currency unique to each of them. The project’s initiators encourage them to exchange at least part of the payment with something that they can give to the village to strengthen the bonds between local residents and Jews. The students include a basketball coach, a yoga instructor and an Internet marketing specialist, all of whom teach the people of Jisr az-Zarqa. This gives the local residents a chance to brush up on their Hebrew, while the “Bridge to Arabic” students can practice their new language skills. In addition to acquiring a new language and helping suspicions of the “other” to slowly melt away, this is also an opportunity to form some beautiful friendships.

"I don’t deal with the Internet or Facebook,” Maryam’s co-teacher Fatina Amash said. “Nevertheless, I’m still in touch with three women. I really connected with one student from Zichron Yaakov. We do things together, and so do our families.”

Fatina came to the course after Eran Ben Yemini pleaded with her to join them and teach spoken Arabic. “I usually teach literary Arabic, especially to younger students. Suddenly I had to teach the spoken language to adults. I was very worried about that. It was important for me to give them what they expected and to present the village and the language in the best and most proper way possible.”

As in every classroom, a unique atmosphere is being created there. There are jokes and refreshments. “The teachers bring ma’amulim [stuffed cookies] that they made, and I would pick tomatoes from the fields of Maagan Michael on my way to class,” Shomer said. But cultural differences occasionally sneak their way in to the overall social experience. When one of the teachers described her pilgrimage to Mecca, the discussion slipped into Islam, the Islamic State and the status of women in Arab society.

After a few such sessions, the staff from the Institute for Democratic Education handed the project over to the people running it in Jisr az-Zarqa. They keep the courses running with the help of former students.

“We want to turn this into a language academy. We want to start a summer school and teach tourists too,” Maryam said. And from the looks of it, this vision is likely to become reality. The people of the village can feel the positive impact that the project is having, and the former students are eager to help. “Jisr az-Zarqa has a lot of problems, but it also has a lot of potential,” Shomer said. “I’d be happy to take part in the development of the village in any way I can. I really do picture Jisr az-Zarqa flourishing in just a few years.”