Former Knesset Speaker Avraham Burg has said that Zionism "expired" with the establishment of the Israeli state in 1948, and that society should move toward citizenship rather than nationalism. 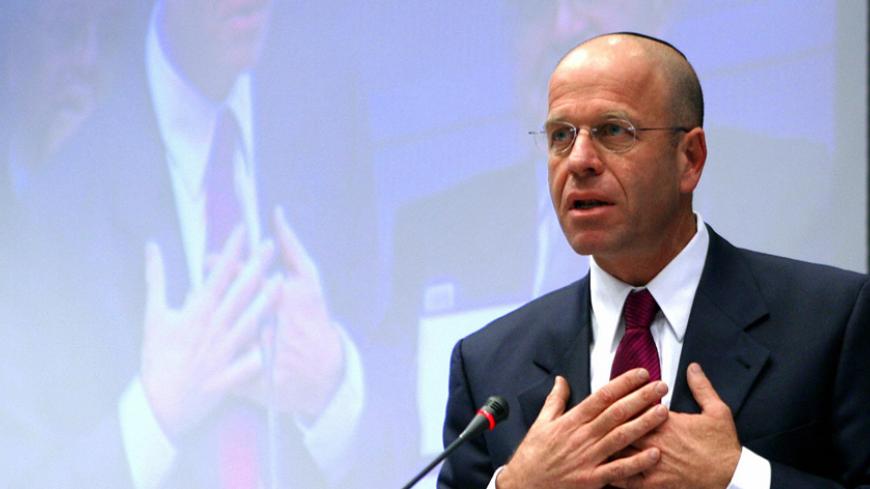 When Avraham Burg, former Knesset speaker and head of the Jewish Agency, attended a meeting of the socialist-inclined Hadash (the Democratic Front for Peace and Equality), he caught many people off guard. But the former Labor Party leader feels that anyone following his work should not be surprised.

The kippah-wearing son of Yossi Burg, the founder of the National Religious Party (the forerunner of today’s extreme Jewish Home headed by Naftali Bennett) told Al-Monitor that “Zionism expired” when the State of Israel was established. “In 1948, Israel was secular and socialist; today, in 2015, it is nationalist and capitalist,” he explained.

Burg, one of the founders of Peace Now, said that a total transformation of society is needed. He is very worried about the nationalism that pervades Israeli society and would like to see a change from “tribalism to a citizenship-based society.”

Burg is a strong advocate of equality, which he believes is the key to change and is needed on both the ethnic and the gender levels. For that reason, Burg told Al-Monitor that he is not very happy with the joint Arab list that Hadash will compete for in the Israeli elections. The only Jewish person on the list, expected to yield 12-15 mandates, is Dov Khenin, considered by the Israeli Democracy Institute the best parliamentarian in 2012. Khenin is No. 8, and only two women join him in safe spots on the list.

“If it were up to me, I would have the list alternate between Arab and Jew and between men and women,” Burg said.

In addition to his efforts to introduce and fight for change, Burg also believes that hard work in the field of equality within Israel will have direct effects in bridging the highly political landscape in the areas between the Jordan River and the Mediterranean. He was referring to extensive talks in Europe, where he has been involved in discussions with Palestinians (including those from the diaspora) and Israelis. He said that the key to long-term success is to find a common language on the big issues.

When asked if he favors the one-state over the two-state solution, Burg responded that this is not the most important question. “If we find understanding on the bigger issues,” he said, the other problems would be easier to resolve. “Borders and states are not the solution,” he insisted, adding that a paradigm shift is needed to facilitate a serious “intercommunal conversation.”

The newest member of the Arab-Jewish Hadash Party agreed with predictions that the joint list headed by Ayman Odeh will become the third-largest party in the Knesset. He understands well that racism in Israel will attempt to deny this list — which he called “historic” — its rightful place in the Knesset committees and government.

“Racism is there, and it is a shame,” he said, but his advice to the new Knesset bloc is to ignore it. “They should go for committee chairmanships and attempt to be part of the government formation,” he added.

The former Knesset speaker knows that this achievement would be a “quantum leap,” but also believes that it is the only way to “challenge racism and to insist on equality.”

As for the future of the law declaring Israel as the homeland of the Jewish people, Burg holds that this legislation was part of the reason that the government of Prime Minister Benjamin Netanyahu failed.

However, he is not sure that this issue will not be raised again in the future. Burg left politics 11 years ago. He has written four books and is a well-received public speaker. He hopes that his decision to join the joint Arab-Jewish Hadash will encourage change, even though it carries risks.