36 years after the revolution, where is Iran now?

Iran after the 1979 Islamic Revolution has faced many challenges, with lifespan, access to education and standard of living having improved significantly, while corruption and the country's human rights situation remain a cause of concern. 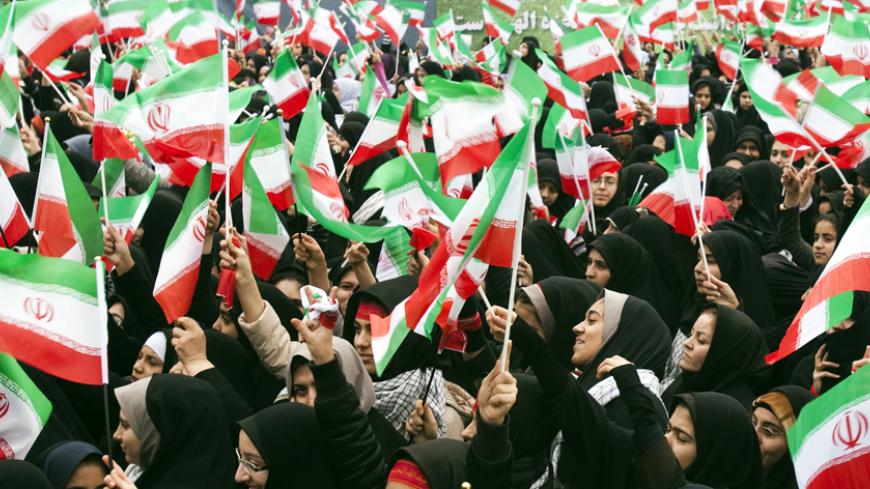 Students wave Iranian national flags as they rally to mark the anniversary of the Islamic Revolution in Tehran, Feb. 11, 2011. - REUTERS/Raheb Homavandi

The Iranian nation toppled the US-backed Pahlavi regime in 1979, ending virtually 2,500 years of monarchical rule, and will see nationwide rallies on Feb. 11, the anniversary of the Islamic Revolution. In the 36 years since mass protests deposed the monarchy in Iran, the country has struggled with immense challenges. After the Islamic Republic's establishment by way of a popular referendum, Iran endured a period of chaotic instability, with various armed factions seeking to undermine the nascent government.

Amid this volatility, Iran was invaded by Saddam Hussein’s Iraq, whose army was supported by most global powers and against whose aggression Iranians of all walks of life defended their country. After the devastatingly costly war — during which hundreds of thousands of Iranians and Iraqis died, many under the barrage of Saddam’s chemical weapons — the country started the arduous process of attempting to rebuild.

Any endeavors toward a speedy recovery, however, were thrashed by increased Western sanctions, as a clear and persistent strategy of coercion was seemingly put into full-throttle against Iran. Since then, Iran’s tensions with the West have unfortunately only further escalated, and the country has faced a more or less all-out economic war waged upon it, which has been complemented by numerous covert actions in the form of assassinations and bomb attacks and even cyberattacks.

Yet, despite all of these crises, Iran has persevered. It emerged from the Iran-Iraq War without giving up an inch of its soil in spite of the all-out support given to the aggressor by the superpowers and even regional Arab countries. It also did this without resorting to the use of chemical weapons, even as it had the capability to do so, as the country is signatory to all weapons of mass destruction conventions. Iran has since managed to become one of the rare countries able to maintain its political-security independence and foster an atmosphere of socio-economic self-reliance in a nation that was once so incredibly dependent on outside powers.

Iran has made commendable strides in many areas since the 1979 Islamic Revolution. From 1980 to 2012, Iran’s Human Development Index (HDI) value — which takes into account lifespan, access to education and standard of living — increased by 67%, a rate of growth that was twice the global average. As of 2012, Iran’s HDI value sat at 0.742, which put the country into the “high human development category.” Access to electricity and piped water in rural areas, life expectancy, infant mortality and access to health care have all markedly improved. The literacy rate, which stood at 36% in 1976 and at just 25% for females, stands at 99% for males and females ages 15-24. Tertiary education has also never been so widely attainable by the Iranian population, with more than 2 million Iranian students enrolled at a university, over 60% of whom are women.

Iran has also made many advances in the sciences as well: it has indigenously mastered the nuclear cycle and ranks in the top 10 countries in stem cell and cloning research; in the top 20 nations in nanotechnology, chemistry, medicine, computer science and mathematics; is the ninth country in the world with a full space program that successfully puts satellites into orbit; and is the first manufacturer in the world of eye bio-implants. Last but not least, Iran today is self-sufficient in building submarines, helicopters, fighter jets, missiles and tanks.

To be sure, Iran has a long way to go on its road to developing a better society for all Iranians. The human rights situation undoubtedly has room for ample improvements. The country is also beset by corruption, with the vice president in the Hassan Rouhani administration even saying the corruption “of the century” occurred during the Mahmoud Ahmadinejad era. High levels of inflation, unemployment and a bloated bureaucracy have also contributed to a “brain drain,” or the emigration of many educated Iranians.

Iran’s political arena is also a scene of fierce and counterproductive factional infighting, with almost all former heads of past administrations having been accused or humiliated, and having their credibility put into question by rivals. This domestic political struggle has swallowed some of the most prominent disciples of the revolution.

However, with all of its shortcomings, the Islamic Republic of Iran remains a political reality. It has firmly entrenched roots in Iran and now garners substantial geopolitical clout throughout the Middle East. After 36 years of overcoming what many thought were insurmountable obstacles, Iran has remained a strong and stable state. This is both testimony to impressive statecraft and demonstrates the necessity of a detente among the countries in the region, the West and this power that is here to stay.