In an interview with Al-Monitor, former Defense Minister Amir Peretz argues that Prime Minister Benjamin Netanyahu's upcoming speech to the US Congress will not stop an agreement with Iran because it will turn it into an internal political dispute. 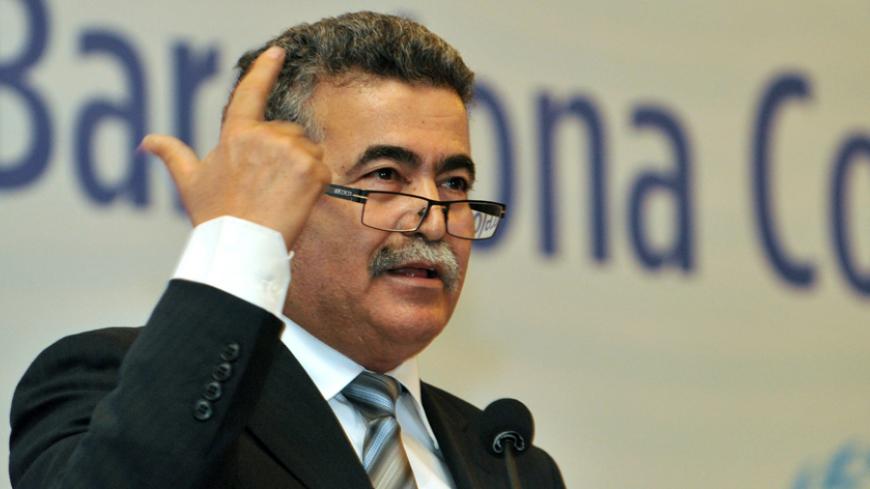 “Obama is undoubtedly the American president who has done more for the security of the State of Israel than all of his predecessors. The Israeli public doesn’t know that, because there is an entire network operating here, which is trying to portray him as an enemy of Israel,” said former Defense Minister Amir Peretz, No. 8 on the Zionist Camp Knesset slate.

In an interview about diplomatic and security affairs, Peretz discussed the political diplomatic firestorm surrounding Prime Minister Benjamin Netanyahu’s anticipated speech before the US Congress. He said, “It is important to me that the Israeli public realizes that [President Barack] Obama contributed and continues to contribute much to Israel’s security. Netanyahu’s speech before Congress will not stop an agreement with Iran. It will only harm our relationship with the United States."

Al-Monitor:  Netanyahu laims that the agreement taking shape with Iran is bad, and that as prime minister, he has a responsibility to prevent it from happening. His argument is to the point.

Peretz:  I am not disparaging what Netanyahu is saying. On the other hand, he also knows that his speech to Congress will take us backwards. It is causing a political debate between Democrats and Republicans about something that was so important to them that they actually agreed on it. Now the Democrats are withdrawing their support for legislation imposing sanctions on Iran.

The agreement with Syria about chemical weapons looked bad at first too, but it is now obvious that it was a good agreement. As defense minister I received a daily intelligence report on the state of chemical weapons in Syria, because we were very concerned about that threat. It is now clear that the agreement achieved much more than any military campaign could have done.

That does not mean that the agreement that might eventually be signed with Iran is a good one. Netanyahu is right in saying that Iran’s continued enrichment of uranium is bad, as far as we are concerned. His analysis of the situation is correct, but the way he is responding to it is a mistake. He is fighting a just fight, but giving a speech is not the way to go about fighting it.

I really hope that the prime minister finds a way to climb down from this episode in a dignified manner, and I will do everything I can so that the Zionist Camp provides him with a political safety rope. After all, this goes far beyond electoral considerations. Netanyahu could make canceling the speech conditional on winning other achievements in the agreement itself, and win twice with that. I don’t mind giving him good advice, even if we are in the middle of an election campaign and are on opposite sides of the divide. When it comes to the Iranian threat and our relationship with the United States, there should be no political considerations whatsoever.

Al-Monitor:  The Israeli public admired former President Bill Clinton, and it held in high esteem George W. Bush. Obama hasn’t managed to win the hearts of the public here. As a former defense minister, what do you think we don’t we know about him, when it comes to Israel?

Peretz:  George Bush was considered one of Israel’s greatest friends, but he never opened up American intelligence to us the way that Obama did. Obama was the first president to give explicit orders to do that as part of the war on terror.

As defense minister, I insisted on carrying out the Iron Dome air defense system project, which is an entirely Israeli project. At the same time, I can also admit that American funding for the project was exceptional. The Americans generally adhere to the principle that they don’t fund or assist projects, unless they are full partners in them. In this case, however, Obama made a dramatic presidential decision, and an unprecedented decision at that, to help with funding for the project, beyond the normal $3 billion in security aid that we receive.

Beyond that, we also have to consider how committed he has been to using the American veto in the Security Council. Even if he isn’t very good at giving speeches about how much he loves us, Obama is one of the presidents who contributed most to our security.

Al-Monitor:  At least according to the most recent polls, it looks like Netanyahu has managed to convince a significant part of the public about how right it is for him to deliver this speech and how vital it is for national security.

Peretz:  In that sense, Netanyahu has been very successful. He has managed to divert the discussion to issues that are convenient to him. After all, in the socio-economic arena, there are statistics and numbers to deal with. You can’t just make up stories. When it comes to security issues, however, you can always say, “There are things that you don’t know about,” or, “There are threats that you don’t know about.” I admit that Netanyahu has enormous talent when it comes to marketing that line. I was also captivated by his acting skills and was convinced to join his government two years ago. He invited me to his home on Friday night, and we sat together for four hours. I left there convinced that he was planning to initiate a diplomatic process that would change the face of the country.

Bibi diverted the national agenda to diplomatic issues. He worries about focusing on security issues, because he has no control over them. After all, a military operation could get all tangled up. It could become a double-edged sword. That is why he focused on diplomatic issues. He marked his target and his enemies, while abandoning everything of national value. We are talking about the harm that he has done, which is gradually infiltrating the awareness of the American public. The vast majority of Americans still support us because of the war on terror, but no citizen of any country will be happy when his leaders are being goaded. American public opinion could, in fact, turn against us.

Al-Monitor:  With the help of former Minister Tzipi Livni, the third Netanyahu government did engage in a diplomatic process, at least for the sake of appearance. You are ignoring the other side of the equation, the Palestinians. Maybe they are the ones who caused the negotiations to fail?

Peretz:  I decided to resign from the government when I reached the conclusion that Netanyahu was actually the guiding force behind it, and that he wasn’t being held hostage by the extremists, as it appeared. At the Cabinet meeting in which I resigned, there was a bitter argument between him and me, right in front of all the other ministers.

He told me, “You don’t see the big picture, the growth of radical Islam,” and I answered, “It’s time for you to end your role in this. We have a minister of defense and a minister of internal security to deal with radical Islam. Don’t forget that when I was defense minister, I waged a much more complicated war against Hezbollah, and that was before I had Iron Dome.”

He answered, “But can’t you see that there is no chance of getting anywhere with radical Islam?” I said to him, “That’s your mistake. Your role as prime minister is to search out moderate Islam, because it also feels threatened. How would you have dealt with Operation Protective Edge without the support of moderate Islam in Egypt?" His response was, “Fine. In your world, if you don’t withdraw [from settlements], you haven’t done anything.”

His copywriters were very excited about that and turned it into a slogan, but I don’t believe in a military campaign that stands alone. If the campaign did not win new diplomatic ground, then it has failed. That’s what happened during Operation Protective Edge.

Al-Monitor:  Is there anything you admire about the prime minister. After all, you have known him from up close for over two decades. Is there any chance that you would sit with him again in the same government?

Peretz:  We have a lot of mutual respect for one another. I really appreciate the fact that he has clear ideological positions. The problem is that he tries to conceal them. Deep inside, Netanyahu wants to initiate a big move that will go down in history, but he is a reluctant person by nature. Instead of being a visionary, he is busy dealing with [Economy and Trade Minister Naftali] Bennett’s threats.

I am incapable of giving Netanyahu another chance, and I will do everything I can to ensure that the Zionist Camp will not be part of a unity government with him. It would be much better if a clear decision was made. Either we have a right-wing government or a left-wing government. If anyone thinks that he can annex the territories, then go right ahead. Let’s see how he/she deals with Israel’s standing in the international arena.

I believe that with our campaign, we can move people from the right to the left. What it boils down to is that people are searching for a political home, and the Zionist Camp is willing to embrace everyone.