Seventy years ago, FDR and Ibn Saud met on a cruiser to initiate an alliance that has persisted ever since. 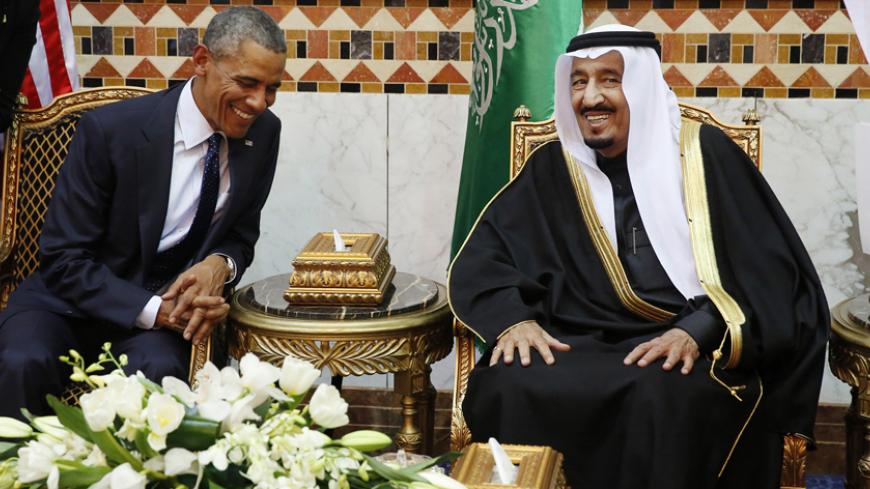 Feb. 14 marks the 70th anniversary of the beginning of the US alliance with the Kingdom of Saudi Arabia. On Feb. 14, 1945, President Franklin Delano Roosevelt met with King Abdul-Aziz bin Abdul Rahman Al Saud in Egypt and the two forged a partnership that has endured despite occasional severe strains for the last 70 years. It faces a rocky future ahead.

The meeting was a closely held secret for security reasons. Only a handful on each side knew it was coming. FDR and Ibn Saud met on the USS Quincy, a cruiser, in the Great Bitter Lake along the Suez Canal, as World War II was coming to an end. FDR arrived from the Yalta summit with Soviet leader Joseph Stalin and British Prime Minister Winston Churchill. Roosevelt’s health was very poor; he had only weeks to live. Ibn Saud had come from Jeddah on an American destroyer, the USS Murphy, with an entourage of bodyguards, cooks, slaves, an astrologer, a fortune-teller and other retainers and some sheep. The king only reluctantly agreed to leave his wives behind in Jeddah. It was his first trip outside the Arabian Peninsula aside from a brief visit to Basra in Iraq. The two agreed to work together to ensure stability in the post-war Middle East. The United States would ensure security for the kingdom, and the Saudis would ensure access to their oil fields. The United States acquired use of Dhahran air base for operations in the Middle East. US oil companies were already operating in the kingdom. Saudi Arabia declared war on Nazi Germany and Imperial Japan two weeks later, securing a seat in the United Nations.

When Churchill learned of the meeting, he insisted on seeing Ibn Saud as well. During their luncheon meeting Churchill smoked and drank champagne. The Saudis felt insulted. FDR had smoked his cigarette during a break by himself.

The Quincy summit was carefully planned in advance. Ibn Saud’s son Prince Faisal, the future king, had visited the United States in November 1943 to begin the courtship. Faisal stayed at Blair House while meeting with Roosevelt and senior executive and legislative officials. Faisal was only 36 but he had been serving as his father’s top diplomat since 1919, when he traveled to London to discuss the future of the region after World War I when he was 12 years old. After visiting Washington, Faisal traveled to Texas, New Mexico, Arizona, California, Colorado, Michigan, New York, New Jersey and Maryland before flying to London. It was during Faisal’s visit that the plans for the Dhahran air base were agreed and the United States began providing military assistance to the kingdom.

FDR found Ibn Saud to be a fascinating figure but a tough negotiator. After the five-hour meeting, the president told an aide that “among all the men that I had to deal with during my lifetime, I have met no one than this Arab monarch from whom I could extricate so little: The man has an iron will.” The issue that they quarreled over was the future of Palestine and the Zionist movement. Roosevelt tried to convince the Saudi monarch to support plans for a Jewish state in Palestine after the war. Ibn Saud argued that since the Jews had been the victims of German atrocities, they should get their state out of German territory. “Let the Germans pay” for their crimes, he urged FDR. The Israeli-Palestinian conflict would prove to be the most contentious issue in the American-Saudi relationship for the next 70 years and likely will remain so for many more to come.

Every king and every president since 1945 has reaffirmed the partnership begun on the Quincy. US President Barack Obama was wise to visit Saudi Arabia on his way home from India last month to pay his respects to the memory of the late King Abdullah and confer with the new king, Salman bin Abdul-Aziz Al Saud, both sons of Ibn Saud. Salman has promised continuity in Saudi foreign policy. It is worth noting that in the Saudi reports on the meeting, Salman stressed that implementing the Arab peace plan for Israeli withdrawal from occupied Palestine was his top priority. The Saudis blame the endless continuation of the Arab-Israeli conflict for fueling terrorism in the region.

Ever since 9/11 the relationship has been more controversial than in the past in the United States and the rest of the West. Lingering questions about Saudi ties to al-Qaeda in the 1990s and early 2000s, concerns about how the Wahhabi puritanical faith provides a breeding ground for radical Islam and questions about human rights and gender equality have become much more frequent and stark in the last decade. Respected journals have raised doubts about the wisdom of the partnership. The Economist on Jan. 31 called it “an unholy pact” and said “the West’s relationship with the Al Sauds must change.” The article said that “Wahhabism is feeding anti-Western radicals.”

Both sides have their complaints in short. Even where there is congruence of interests, like in containing Iran and preventing it from acquiring nuclear weapons, there are often differences over tactics and emphasis. The Saudis believe American mistakes are delivering Iraq into Iran’s orbit. Washington believes the Saudis fuel sectarian strife.

The meeting on the Quincy 70 years ago illustrated the fundamental problem. Saudi Arabia and the United States have few values in common. The kingdom is an absolute monarchy named after the ruling family; the United States is a vibrant democracy. Absent a bedrock of shared values, the alliance has always been defined primarily by shared threats and enemies.

The Saudi-US partnership is entering a period of transition as both sides reconsider their priorities. The years ahead are likely to be more turbulent than FDR and Ibn Saud would have wanted.