Strong words from US President Obama in support of negotiations instead of sanctions accompanied the second meeting between US Secretary of State John Kerry and Iran Foreign Minister Mohammad Javad Zarif. 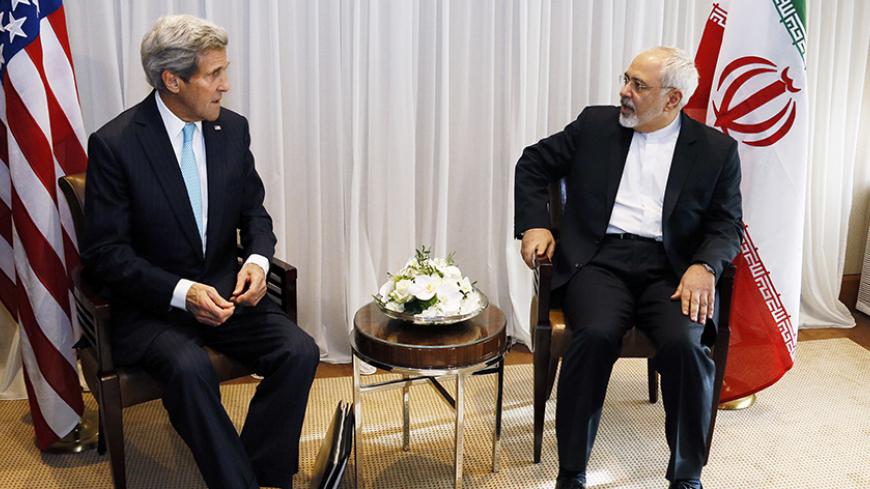 GENEVA — It is testament to the focus and intensity with which the US and Iranian administrations are pursuing a nuclear deal that within a few hours on Jan. 16 the following occurred: President Barack Obama and British Prime Minister David Cameron, speaking at the White House, made a forceful case against prospective new congressional Iran sanctions, saying they could derail talks for a negotiated agreement that is the best shot at ensuring Iran not pursue nuclear weapons. US and Iranian negotiators met here for a third day to try to advance elements of a framework document for a final nuclear accord. And, oh yeah, US Secretary of State John Kerry and Iran Foreign Minister Mohammad Javad Zarif met for an hour in Paris — their second meeting of the week.

For an administration that admitted it more or less forgot to send a high-level VIP to Paris last weekend for the unity march after the terrorist attacks on a satirical newspaper and Kosher grocery, the Obama administration cannot be accused of neglecting the potential diplomatic opportunity to reach an Iran nuclear accord, even as on Jan. 16 Obama put the odds of getting the final deal at “probably less than 50/50.”

Still, Obama argued Jan. 16, why risk new sanctions now that could jeopardize the best shot the United States has ever had at a diplomatic resolution of the Iran nuclear issue, with nothing to be gained?

“If, in fact, we still have an opportunity to get a diplomatic deal that provides us verifiable assurances that they are not developing a nuclear weapon, that is the best possible outcome that we can arrive at right now,” Obama said.

“And the question I had for members of Congress … is: Why is it that we would have to take actions that might jeopardize the possibility of getting a deal over the next 60 to 90 days?” Obama asked. “What is it precisely that is going to be accomplished?”

“We need all sides to try to seize this historic opportunity,” Zarif, speaking in Persian, said.

The negotiating process is serious, he continued, and the negotiators were speaking about every detail. There are solutions, he said he believed, to overcome gaps to reach an agreement. “Political will is needed to pass this stage, and I think this is possible.”

Ironically, what the Iranians may need now to give them confidence to make a nuclear compromise is not further demonstration that the United States can impose economic pain, but a demonstration that it can lift the sanctions it has already imposed over its nuclear program, Ilan Goldenberg, a former Obama administration Pentagon and State Department official, said.

If up until 2012, the problem was that “the Iranians did not believe we could hurt them, now they understand we could hurt them in a very significant way,” Goldenberg, who heads the Middle East program at the Center for New American Security, told Al-Monitor Jan. 16.

“Now we are in a different point in the negotiations,” Goldenberg said. “We are at a point it is no longer whether we can hurt them, but whether we can credibly unhurt them, and lift those sanctions in return for a credible agreement that gives the US and international community high confidence” that Iran is not pursuing a nuclear weapon.

“Maybe the president needs to win a big fight with Congress,” Goldenberg said. “Or take a very hard line with Congress, and say publicly, in front of the House and Senate, ‘I will veto this legislation.’”

As Obama can be expected to do in his State of the Union address next week.