The upcoming meeting to reach an Iran nuclear deal raises tensions between the Obama administration and Israel. 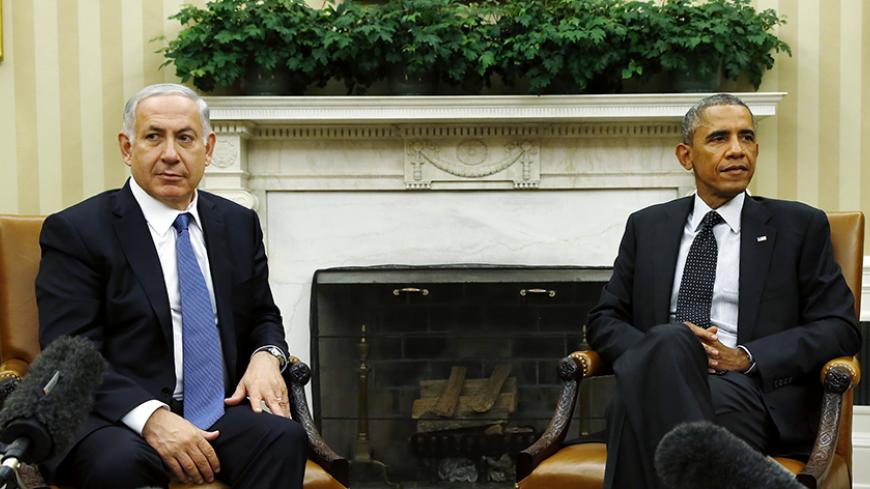 WASHINGTON — New US sanctions on Iran would potentially act as a “grenade” that could lead to the collapse of the current negotiations between Iran and the six world powers for a nuclear deal that Israel considers weak, the head of Israel’s intelligence service said in an unusual statement Jan. 22.

The rare public statement by Mossad chief Tamir Pardo was released by the Israeli prime minister’s office Jan. 22. This comes amid a new eruption of high-level tensions between Washington and Jerusalem over a potential Iran nuclear deal, and what Washington sees as Israel’s heavy-handed efforts to lobby Congress to pass new sanctions that the Obama administration believes would undermine prospects for reaching a diplomatic resolution.

The latest tensions broke to the surface after the White House said Jan. 21 it had not been consulted about the invitation from House Speaker John Boehner (R-Ohio) to Israeli Prime Minister Benjamin Netanyahu to address both houses of Congress about the Iran threat next month, and considered it a breach of protocol.

On Jan. 22, Boehner said Netanyahu had asked to move his address to Congress to March 3, when he will already be in Washington to attend the annual American Israel Public Affairs Committee (AIPAC) policy conference.

Neither President Obama nor Secretary of State John Kerry will see Netanyahu on his Washington visit in March, the White House and State Department said Jan. 22, ostensibly because it is just two weeks before Israel’s elections. But US officials left little doubt the cold shoulder was also because they were incensed that Netanyahu was plotting to come to Washington to lobby against Obama’s sensitive diplomatic efforts with Iran.

“The President will not be meeting with Prime Minister Netanyahu because of the proximity to the Israeli election, which is just two weeks after his planned address to the US Congress,” National Security Council spokeswoman Bernadette Meehan said in a statement Jan. 22.

“The President has been clear about his opposition to Congress passing new legislation on Iran that could undermine our negotiations and divide the international community,” Meehan said.

Pardo, in his rare statement, appeared to concede the Israeli-backed push for new congressional Iran sanctions was designed to try to collapse the current Iran nuclear negotiations, because Israel considers the deal being negotiated too weak.

The head of Mossad, meeting with a congressional delegation Jan. 19, used the expression "'throwing a grenade' … as a metaphor to describe the possibility of creating a temporary crisis in the negotiations, at the end of which talks would resume under improved conditions,” said the statement from Mossad, according to a translation sent by the Israeli Embassy to congressional offices Jan. 22.

“The Head of the Mossad pointed out explicitly that the bad agreement taking shape with Iran is likely to lead to a regional arms race,” the statement said.

Israeli analysts said there was little doubt that Netanyahu did not want congressional Iran sanctions to strengthen Obama’s hand at the bargaining table with Iran, but to blow up a deal in its current form.

“I am convinced that Netanyahu wants the talks to fail because he believes that any so-called success of the talks will be a Pyrrhic victory,” Yossi Alpher, a former Israeli intelligence official, told Al-Monitor Jan. 22.

Netanyahu not only believes Iran would take advantage of a nuclear deal while still posing a threat to Israel, but, like many Arab Gulf states, fears Iran’s regional influence, said Alpher, author of the forthcoming book "Periphery: Israel’s search for Middle East Allies."

“Israel is concerned not just about Iran’s nuclear program, but [also] … with Iran’s drive for hegemony in the Levant,” Alpher said. “What appears to be happening in recent months is that the US is aiding and abetting that drive.”

“The US is working implicitly with Iran in fighting [the Islamic State] and this is facilitating greater Iranian control in Iraq and Syria,” Alpher said. “And this is a low key but important area of potential friction between Obama and Netanyahu.”

Israel disagreed with the US decision to open up negotiations with Iran in 2013, former Obama Pentagon and State Department Middle East adviser Ilan Goldenberg said.

“Netanyahu’s conclusion is the most effective way to get Iran to change its behavior is just to keep pressuring them,” Goldenberg, now head of Middle East studies at the Center for New American Security, said.

The Israeli government believes the United States “went into the [Iran] negotiation too early, there should never have been a JPOA [joint plan of action], we should have continued to press them and they would come to the table on better terms,” Goldenberg said.

"The US assessment was in 2013, this is a historic opportunity and we have to take it,” Goldenberg said. “We changed the nature of the relationship just by opening up the communications channel. And this is not an opportunity to be missed.”

​"Why would we want to be the catalyst for the collapse of negotiations before we really know whether there is something we can get out of them?" Clinton said at a forum in Winnipeg, Canada Jan. 21, saying such a move would be a "very serious strategic error."