New documents have been leaked online, prompting the government to immediately ban reporting on the scandal and order the content deleted. 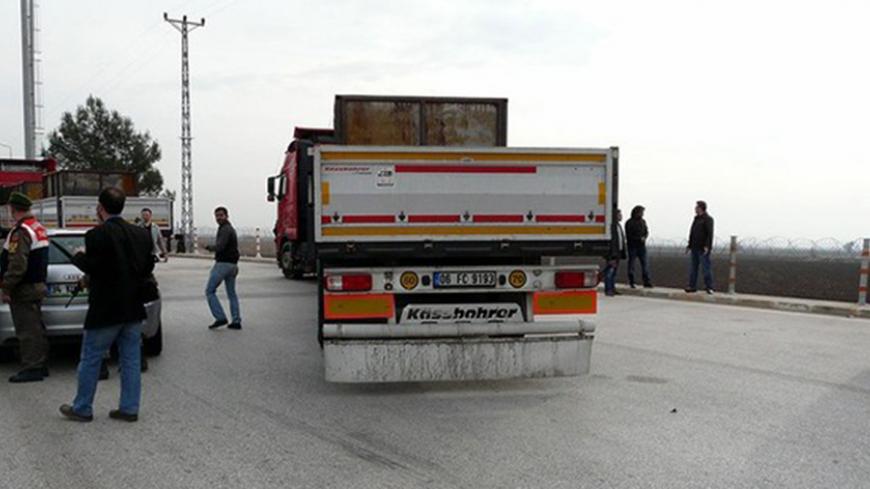 According to information published on and then banned from the Internet in Turkey, on Jan. 19, 2014, the prosecutor of an Adana court instructed the Adana Provincial Gendarmerie Command to stop and search three trucks. - Anonymous

Secret official documents about the searching of three trucks belonging to Turkey's national intelligence service (MIT) have been leaked online, once again corroborating suspicions that Ankara has not been playing a clean game in Syria. According to the authenticated documents, the trucks were found to be transporting missiles, mortars and anti-aircraft ammunition. The Gendarmerie General Command, which authored the reports, alleged, "The trucks were carrying weapons and supplies to the al-Qaeda terror organization.” But Turkish readers could not see the documents in the news bulletins and newspapers that shared them, because the government immediately obtained a court injunction banning all reporting about the affair.

When President Recep Tayyip Erdogan was prime minister, he had said, “You cannot stop the MIT truck. You cannot search it. You don’t have the authority. These trucks were taking humanitarian assistance to Turkmens.”

Since then, Erdogan and his hand-picked new Prime Minister Ahmet Davutoglu have repeated at every opportunity that the trucks were carrying assistance to Turkmens. Public prosecutor Aziz Takci, who had ordered the trucks to be searched, was removed from his post and 13 soldiers involved in the search were taken to court on charges of espionage. Their indictments call for prison terms of up to 20 years.

In scores of documents leaked by a group of hackers, the Gendarmerie Command notes that rocket warheads were found in the trucks' cargo.

According to the documents that circulated on the Internet before the ban came into effect, this was the summary of the incident:

Though the scandal is tearing the country apart, the government opted for its favorite tactic of covering it up. A court in Adana banned written, visual and Internet media outlets from any reporting and commenting on the stopping of the trucks and the search. All online content about the incident has been deleted.

The court case against the 13 gendarmerie elements accused of espionage has also been controversial. The public prosecutor, who in his indictment said the accused were involved in a plot to have Turkey tried at the International Criminal Court, veered off course. Without citing any evidence, the indictment charged that there was collusion between the Syrian government, al-Qaeda and the Islamic State (IS). The prosecutor deviated from the case at hand and charged that the killing by IS of three people at Nigde last year was actually carried out by the Syrian state.

At the moment, a total blackout prevails over revelations, which are bound to have serious international repercussions.