Will next Saudi king seize opportunity for change?

The successor to King Abdullah bin Abdulaziz needs to make real political reforms, whether pressured by citizens or not. 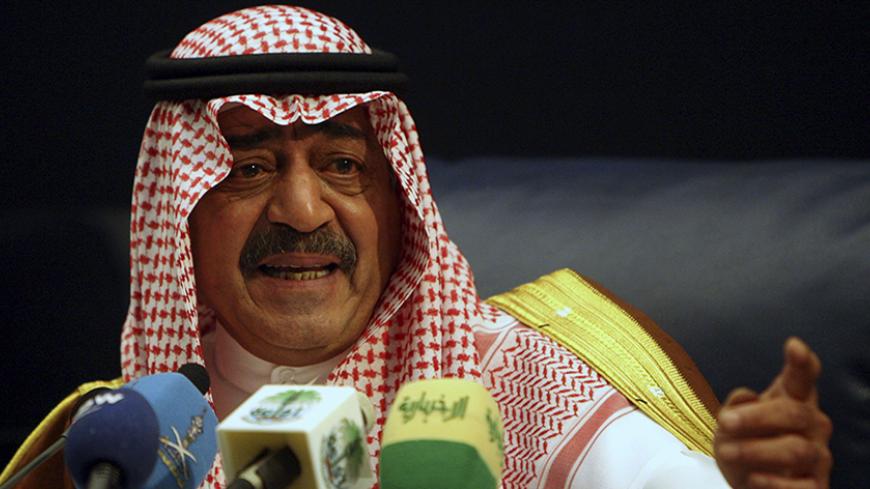 Saudis are currently speculating about the royal succession with the recent deterioration of the health of King Abdullah bin Abdulaziz, who was born in 1924. Despite mechanisms put in place to ensure the smooth succession of Crown Prince Salman after Abdullah’s death and Deputy Crown Prince Muqrin after the death of Salman, Saudis remain spectators watching the unfolding of a royal drama played by several aging contenders to the throne. In monarchies, the succession is often an uneventful affair as one king dies and another is appointed. In Saudi Arabia this time, the situation is more complex.

Saudi worries over the succession may not be so related to the old age of the king or the crown prince but are in fact a function of the lack of a long-term political reform agenda or structure that guarantees their participation, albeit partial, in the policies of their own country to ensure its durability and stability. Furthermore, the prospect of domestic turmoil with wars waging to the north and south makes most Saudis apprehensive despite the fact that there are so far no signs that such turmoil is about to reach the kingdom.

The 90-year-old Abdullah was recently admitted to the hospital suffering from pneumonia and is said to be breathing through an air tube. Still, despite his age and health issues, he has managed to remain king the last four years, a time in which the Arab masses overthrew several aging presidents.

While Abullah may be pleased about his continuing tenure, such a feel-good factor may not be so readily available to his successor: Salman, who could be 80 years old when he becomes king, may not last long enough to make a big impact. As a new king, he may neither be willing nor capable of speeding the transformation of the Saudi state into a viable modern polity with real representative political institutions.

The durability of the Saudi monarchy after Abdullah, the sixth king, can no longer be dependent on the crowning of a young energetic, charismatic or savvy king — such potential monarchs seem to be in short supply.

The Arab uprisings have killed any prospects for a charismatic hero president or king, giving way to the charisma of the people and their ability to bring about change. Although this change has stumbled and even received a blow with the tide of democracy rolling back, thanks to the efforts of counterrevolutionary forces — Saudi Arabia being one of them — Abdullah’s successor will have to deal with a new generation of young Saudis who have received free lessons in peaceful protest witnessed across the world. While young Saudis acquired this knowledge and came to appreciate the creativity and stamina of young Arab protesters, they also were frightened by the violence of regimes, including their own, as they were confronted with peaceful young people seeking real political change, dignity and equality. A young, savvy cohort with high expectations and conversant in the global discourse on entitlement, empowerment, human rights and civil liberties is emerging to replace the desired savior-king. Yet, this new, young Saudi cohort has remained relatively inactive as fear of the regime overcame aspirations. Countries that sank into civil war and violence — such as Libya, Syria and Iraq — gave a bad name to change and many young Saudis became convinced that stability under dictatorship is better than chaos and bloodshed. As long as some of their aspirations are fulfilled — mainly good education, jobs and homes — they may well remain silent.

Yet, there is always going to be a minority of Saudis who will challenge the regime violently but as long as they are sucked into battles abroad, they may not be back soon to haunt the new Saudi king. Abdullah’s successor may continue to hope that the lure of jihad abroad remains an attractive first option for this minority. Those attracted to jihad abroad cannot be bribed with jobs, wives and homes as their opposition to the Saudi regime is ideological, touching the very heart of the kingdom as an allegedly Islamic state. They are driven by belief in their cause rather than money in their pockets. They will remain the difficult equation in Saudi Arabia. Repression will not be the solution as it will always be counterproductive, fueling more jihadist spirit rather than suppressing it.

With the exception of this difficult radical minority, we cannot count on the current silence of Saudi young people, especially at times when they sense a crack at the top level. Young Saudis may become opportunistic, benefiting from a small opening made available when big royal hawks are busy dividing the inheritance among themselves. Since development projects are bound to be more costly and the economy will eventually slow down as oil prices continue to fall, the new king needs to assure the population that their subsidies and welfare will continue. He may well repeat Abdullah’s initial warning to Saudis when he became king in 2005 as he instructed Saudis to tighten their belts. Such statements may be unheeded now as the new generation is so aware of the plundering of Saudi wealth on adventures abroad, subsidies to other friendly Arab dictatorships, and corruption scandals over land confiscation and bad development projects that resulted in a series of flooding disasters in Jeddah and Riyadh. The new king will have to hope that there is enough surplus and opportunities to distribute among an educated and aspiring young generation. There will come a time when this generation is no longer satisfied with surplus alone and will look for real empowerment, namely having a stake in policy and the future of the country.

While the incoming Saudi king can be uncharismatic, he will have to move fast to change the political structure of the kingdom — even without the pressure of serious mobilization or protests. Currently, there is a royal cult of personality rather than a structure. State institutions and bureaucracies are of course gigantic but they are also archaic, personalized and corrupt. The regime used to count on religious dogma to justify itself but now there are cracks in this dogma with its main celebrity advocates either dead or uninspiring. The dogma became too rigid and even dangerous as it fragmented into splinter ideas all originating in the Wahhabi tradition but deviating from it in volatile and violent ways. The kings to come will be unable to control this proliferation.

The kingdom needs a new structure that saves the country rather than simply preserves the monarchy. This structure must start with real elected political institutions — for example, a representative council and an accountable elected government. Young Saudis need real freedoms to express themselves and articulate new visions in which they are central actors rather than simply mere audiences at the receiving end of royal visions, often constructed out of the wisdom of local advisers and foreign consultants. The young people need to be allowed to organize themselves in civil society to protect themselves against the excess of state power. They then would become part of a system that respects them, rewards them and engages them in meaningful action rather than one that simply criminalizes them for mere youthful deviance and playful intrigues.

This new kingdom is now an urgent project given the volatile conditions surrounding the country. No Saudi is impressed by the abysmal conditions in neighboring countries and most Saudis are thankful for prosperity, albeit partial and unequal, and security that comes at the expense of their own personal freedoms. To guarantee their long-term satisfaction and silence, the new king must move fast to implement a political reform agenda before the Al-Saud clan runs out of brothers who can inherit the throne and start speculating on who among the second generation will be the ideal king. Reforms under pressure or protest may not be well conceived or implemented and it is always better to anticipate solutions rather than invent them quickly when it is already too late.