Syrians in Lebanon who have legal residency permits are worried that new regulations will not protect them from being deported. 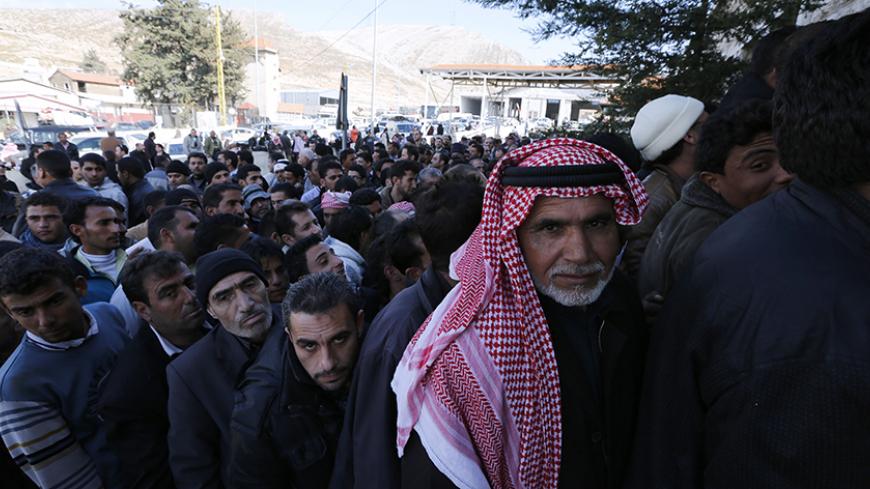 Syrians stand in line to get a visa stamp to enter Lebanon during their arrival at the Lebanese Masna'a border point, in the eastern Bekaa Valley, Jan. 22, 2013. - REUTERS/Jamal Saidi

Seated outside a bar in Beirut’s Mar Mikhail neighborhood, Firas (a pseudonym) held a cigarette in one hand, a drink in the other and the weight of the world on his shoulders.

“I’m not a refugee. I’m self-sufficient,” he said, his voice cracking and for a brief moment tears welling up in his eyes. Firas works two jobs, one at a restaurant and the other at a pub, to get by. They help supplement his real passions — acting, rapping and stand-up comedy. As Firas regained his composure, he stated with certainty, “Nobody knows what is going on.”

Firas, who asked that his real name not be used for reasons of privacy, is a 27-year-old Syrian artist and musician who left his home in Aleppo to avoid conscription in the army. He is adaptive and has a comic personality that has endeared him to a group of mostly Lebanese friends. Firas holds a legal residency permit, setting him apart from the 1.1 million Syrians registered as refugees in Lebanon.

His permit, however, expires in February, and Lebanon’s General Security Directorate has said it will not be renewed. Firas was not given a reason for the decision, but he suspects a new set of regulations imposed on Syrians wishing to enter the country played a role. An estimated 300,000 non-refugee Syrians have been thrown into a fit of confusion by the changes.

A Syrian seeking to enter Lebanon must now obtain a tourism, medical, business, short stay, student or transit visa. The new regulations follow in the footsteps of tightened border controls adopted in October 2014 that deny entry to refugees who are not exceptional humanitarian cases.

Many Syrians already in Lebanon, however, are confused about the latest measures, and with restrictions having become increasingly strict over the last year, they worry about their legal status, with many now having to weigh their options.

“[Many] will suffer a lot, and many of my friends are starting to think about leaving Lebanon,” said Mohammad, a Syrian of non-refugee status in Beirut. Firas recently contacted General Security to try to sort out his situation. He said they were unable to properly answer his questions.

“[The regulations] are not clear,” said Lama Fakih, a researcher with Human Rights Watch (HRW) specializing in Syria and Lebanon. She told Al-Monitor, “We hope they will not retroactively apply these conditions on vulnerable sections of the population.”

On Jan. 16, the Lebanese Foreign Ministry attempted to bring a bit of clarity to the situation. Although a traditional visa is not a prerequisite, Syrians crossing the border into Lebanon must provide proper paperwork and information or they will be denied entry, according to a ministry statement. The General Security Directorate confirmed this to Al-Monitor.

“This is not the same kind of visa that other foreigners need to come to Lebanon,” said Gen. Joseph Obeid, a General Security spokesman. “All they need is a legal document to clarify what they are doing in Lebanon.”

The Lebanese government is clearly trying to account for Syrians in Lebanon who are not registered as refugees. Under the new measures, non-refugee Syrians must find someone to sponsor them or exit and re-enter the country.

Security concerns, including the discovery of multiple terror cells, are the reason behind the recent measures. The most prominent cell discovered in 2014 was based in the northern town of Dinniyeh and consisted of Lebanese and Syrian members. Ahmad Mikati, the cell’s Lebanese leader, was said to have close ties to Khaled Daher, a parliamentarian from Akkar.

“Lebanon is feeling a growing security concern due to the penetration of extremist organizations,” Imad Salamey, a political science professor at the Lebanese American University in Beirut, told Al-Monitor. “They’re feeling they must regulate and keep a watchful eye over who goes in and out.”

Security is obviously a pressing concern in a country still reeling from periodic explosions over the last 18 months. Salamey said that political considerations were also probably behind the decision, as Lebanese factions have come to a consensus over the state’s need to regulate the population of Syrians.

Interior Minister Nouhad Machnouk told reporters earlier this month that Lebanon was not able to receive any more refugees. “We have enough,” Machnouk said. “There's no capacity to host anymore of the displaced.”

Rights groups, however, have called on Lebanon to continue to accept Syrians fleeing for their lives, as it is obliged to under international law. They also warn that the new regulations could lead to cases of abuse and exploitation.

“The sponsorship category is reminiscent of Iraqi refugees in Kurdistan and Jordan,” said HRW's Fakih, recalling instances where local nationals were allowed to sponsor refugees, allowing them to live outside of refugee camps. She said that cases of locals exploiting the refugees, by asking for payment in exchange for sponsorship, were one of numerous potential drawbacks under such a system. Syrians might also be afraid to report physical or other kinds of abuse to security forces out of fear of their status, Fakih said.

Obeid claims that these possibilities have been taken into account. “Lebanese people won’t be able to outsmart us,” he said.

Nonetheless, concern still lingers among Syrians. Firas now must find a sponsor. Luckily, one of the pubs he works at has said they would consider sponsoring him in exchange for the work he does there, but he knows that means he will be at the total mercy of the owner.

He has thought about going to a third country, but his passport’s expiration date is too close for him to travel. A trip to the Syrian Embassy proved to be unfruitful, as officials there said they might not be able to have it renewed.

Firas fears being arrested and immediately enlisted in the army if he is forced to return to Syria. A cheerful guy, full of positive energy, Firas’ spirit is slowly fading with having to constantly deal with a war he never wanted to be involved in.

“There’s no way out,” Firas said with an air of dejection. “If they send me back to Syria, they’re sending me to my death. I’ll shoot myself before I’m sent to die on the front lines.” 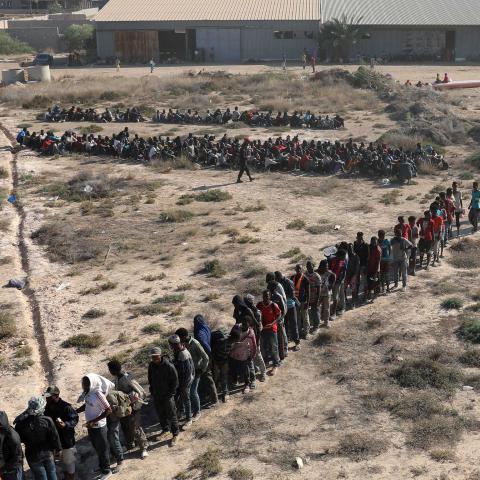 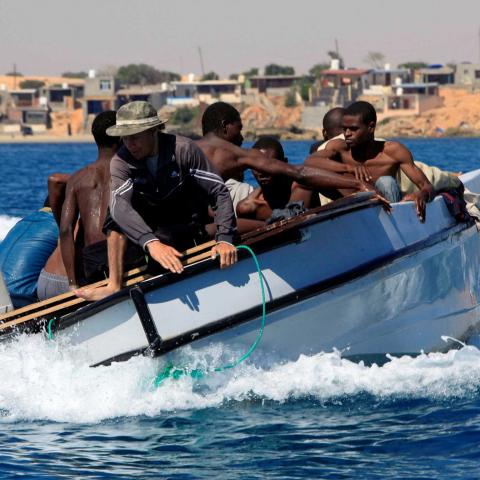