In an interview with Al-Monitor, researcher Michael Philippov says that young Israeli-Russians are often forced to emigrate due to the high cost of living. 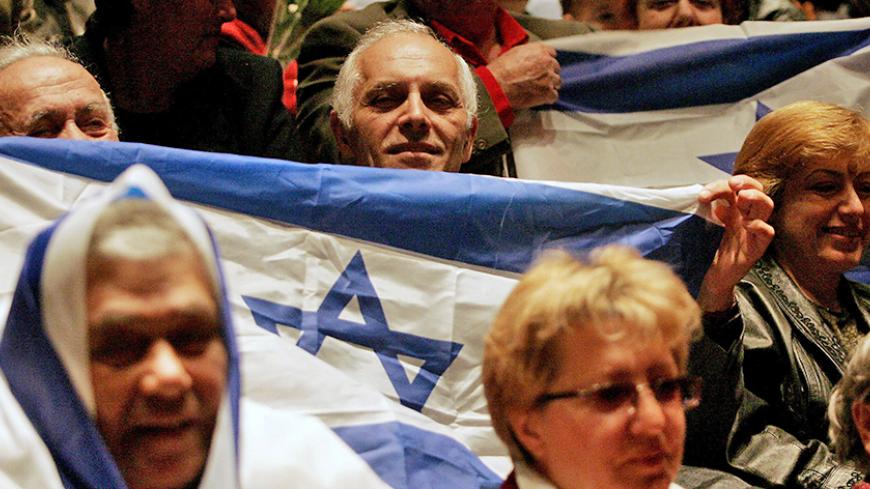 Upon his discharge from compulsory military service in the Israel Defense Forces' communications corps almost 20 years ago, Michael Philippov was placed in a reserve unit with a conspicuous presence of former Soviet immigrants. Philippov was 15 years old when he immigrated to Israel in 1992. He was part of a group that has been dwindling over the past few years. During his last stint in the reserves, he was the only “Russian” there.

Now finishing his doctoral dissertation on the political attitudes of immigrants, he is an expert on the voting patterns of immigrants from the former Soviet Union in Israel. He therefore decided to investigate where his Russian friends from the reserves all disappeared to. He was hardly surprised by what he found. Almost all of them had left Israel, mainly for Canada, after discovering that they could not support themselves with even a modicum of dignity, even though they had all been trained in highly desirable professions. In other words, Russians' social protest is not expressed in street rallies. It is a silent, subdued protest: They simply leave the country.

"These are some of the phenomena that aren’t discussed for all sorts of reasons," Philippov told Al-Monitor. "Nor does anyone talk about the fact that there haven’t been a million immigrants from the Soviet Union in Israel for a while now, or that all of this has an impact on voting patterns, and particularly on [Foreign Minister] Avigdor Liberman’s party."

A transcript of the interview with Philippov follows:

Al-Monitor:  I’m surprised. How many Soviet immigrants are there now in Israel?

Philippov:  According to some published studies, there are about 720,000 immigrants from the former Soviet Union now living in Israel. The wave of immigration that began in the late 1980s was very old, with an average age of 50. Almost 130,000 of them have since died; others left Israel, starting mainly in the early 2000s. That means that the number of Russians living in Israel is much smaller than people think. This dwindling process has unquestionably dealt a blow to Avigdor Liberman’s electoral potential.

Al-Monitor:  In what way?

Philippov:  Liberman reached his climax in 2009, when he won 15 seats. Of these, 10 seats came from Russians, and the remainder were veteran Israelis. I have no doubt that he also sees the Russian electorate shrinking. The only group that doesn’t see this phenomenon is the Israeli media. At their high point, Russians accounted for about 20 Knesset seats. Today they account for about 13, with six or seven — the hard core — going to Liberman. 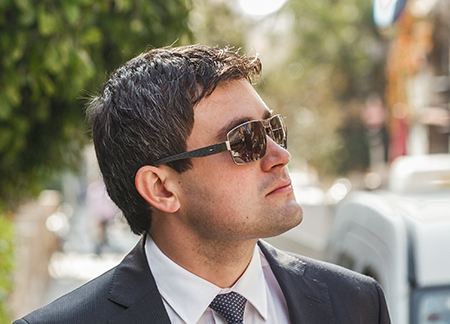 Researcher Michael Philippov on the street in Israel, January 2015.

That is why Liberman joined the Likud Party in the last 2013 elections. And that is why this time he is looking for a way to appeal to the native Israeli public, so he adopted a more centrist diplomatic position. So far, however, he hasn’t had much success with that because of suspicions of corruption in his party. Meanwhile, [Economy and Trade Minister] Naftali Bennett has taken over his position as representative of the right. It is to Bennett’s advantage that he is religiously observant. Liberman is a secular Russian, and that’s not very appealing on the right.

Al-Monitor:  Does the corruption scandal have an impact on all this?

Philippov:  Obviously, there will be those who would be disappointed. They will say, “That’s what we ran away from. It’s the same thing that we had in Russia.” On the other hand, most of the hardcore won’t abandon him, because it is convinced that the left is persecuting their leader. All in all, Liberman’s story as head of a Russian party is pretty much over, which means that he will have to reinvent himself. If he doesn’t join forces with some large Israeli party, his chances of becoming prime minister through the Yisrael Beitenu Party are rather slim.

Until now, Liberman has been able to exploit the Russian electoral potential fully by using the perfect strategy. He identified the failures of the Yisrael BaAliyah Party in the 1990s already, and realized that he didn’t have to talk to this community about the socioeconomic problems from which it really suffered. Liberman understood that this was no way to win seats. What he had to do was adopt extremist slogans, which divided the world into “the bad” and “the good,” the people responsible for the existing situation, and the people who would provide solutions, or in other words, him. It worked perfectly in each of the election campaigns until now, because those kinds of slogans are an integral part of Russian political culture. He spoke to his electorate in the Russian language, and because that was the only language that a part of his voters spoke, he controlled the message. He operated in a kind of bubble. It was a parallel universe of sorts, with a different media all of its own. But this community is disappearing, and this electorate is dwindling. There is now a new generation of young Russians, and Liberman is not the right address for them.

Al-Monitor:  What characterizes that new generation and who will it vote for?

Philippov:  This is a generation that lives in a different political world, a generation that has been exposed to more than just the Russian-language media. It is a generation that is frustrated and angry because of the socioeconomic problems. It is a pessimistic generation that cannot be won over by the simplistic slogans that worked on new immigrants. This generation is made up of young people from the secular middle class. They suffer from the cost of living just like everybody else, and they cannot raise a family properly. But while young native Israelis have parents who can sometimes help them purchase an apartment, these people are all alone. The financial burden is much tougher on them. They are practically without any financial support from their families.

They are starting to feel bitter. They did everything the way they should have. They went to school and found jobs. They should be living comfortably here, because they make a decent salary. But this doesn't happen. They look at their friends in Canada and Australia and see that things could be different. The differences frustrate them and make them angry, and this obviously triggers thoughts about leaving the country. Emigrating from Israel is a very potent phenomenon among young Russians, but it is not getting any coverage for all sorts of reasons. The main reason is that no one likes to talk about emigration here, because it is such a politically charged topic. There are many elements and institutions involved in immigration that do everything they can to hide the real picture, but the sad truth is that we are steadily losing an entire generation. Within just 20 years, we will lose the entire wave of immigration from Russia.

Al-Monitor:  And it’s all because of the cost of living?

Philippov:  Totally. Especially if we continue with the current priority list, where the secular middle class ranks low. There are no precise figures for the number of people leaving, many researchers argue that it is too hard to quantify. The way I look at it, however, it seems to be a growing phenomenon. Many of my friends are leaving the country quietly. They are frustrated, but they don’t take to the streets, because protesting is not part of their culture. Their way of protesting is leaving quietly without causing a ruckus. Alternately, it could be by not going to vote.

Al-Monitor:  Then why don’t they vote for the parties with prominent social platforms?

Philippov: Because those parties don’t know how to approach them. Left-wing parties tend to add a “token Russian” to their lists two days before the elections. I’m always shocked by that. They are incapable of working with the community in a serious manner over time. Polls show that in cities with significant Russian populations, the percentage of people who go and vote tends to be very low. When I speak with young Russians about politics, I feel that the influence of Russian culture hasn’t dissipated yet, and they tend to vote for the right. So, they may support Bennett or [Prime Minister Benjamin] Netanyahu, or they may go to Canada, or they may not vote at all. In general, Netanyahu is considered a disappointment, because he promised them capitalism, but they are still paying a lot of taxes and getting nothing in return. If the left would make an effort to get to know the community and find ways to approach it, those parties might have a chance, but as of now, what they are actually doing is worse than pathetic.