Mosul deteriorates under IS occupation

Mosul has become an impoverished, broken city whose residents face great risks when they try to contact their loved ones in other Iraqi cities, fearing their Islamic State occupiers' retaliation. 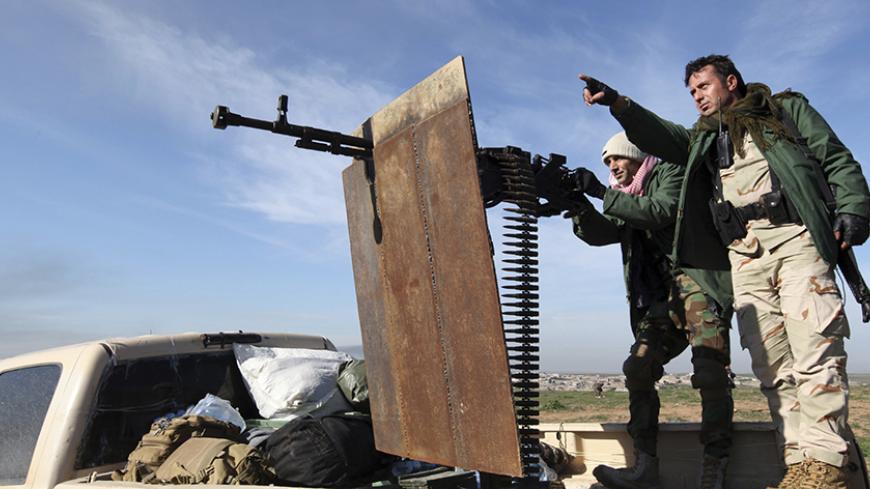 Kurdish peshmerga fighters keep watch during the battle with Islamic State militants on the outskirts of Mosul, Jan. 21, 2015. - REUTERS/Azad Lashkari

BAGHDAD — Basma’s phone is always in her pocket. She used to throw it around the house, but things have changed. She is waiting for a phone call from her father, who lives in Mosul and was not able to leave with his wife and children for a safer city.

She got married in Baghdad several years ago and has a close relationship with her father. She would visit him every month or he would come to the capital to see her. But the situation changed; the young employee who works at the Iraqi Ministry of Construction and Housing has not seen her father since June, i.e., since the dramatic fall of Mosul at the hands of the Islamic State (IS).

Mosul, a Sunni-majority city, has been completely isolated from its surroundings for more than a month now; IS cut the Internet and mobile phone networks and the city's residents became prisoners of the extremist organization that unreasonably imposes its brutal laws.

Basma’s father, 55, a physician, crosses about 15 kilometers (9.3 miles) to the mountains near the province of Dahuk in the Kurdistan region to secure coverage for his mobile phone to call his daughter in Baghdad.

The physician told Al-Monitor over the phone that IS prosecutes anyone who tries to get network coverage on his mobile phone. “IS wants to fully isolate us from our surroundings,” he said. His weekly attempts to call his daughter may expose him to flogging or even the death penalty for violating IS’ rules.

It seems that IS has a strong intelligence apparatus: People in Mosul refused to reveal their names when talking to the media. This is why the physician, Basma’s father, did not disclose his name.

In light of IS’ powerful intelligence services, social networking activists were forced about a month ago to close down their sites for fear of being prosecuted in case IS members succeeded in locating their websites.

The physician said, “IS is similar to the Baath Party in this aspect. … It knows every little detail.”

Witnesses from Mosul told Al-Monitor by phone that men in Mosul mostly fear compulsory recruitment by the extremist organization, given the shortage in the number of its members.

The physician said that many of the men from Mosul who joined IS when it first entered the city have changed their minds and left it. This cost many of them their lives when they were caught and executed on the roads and in public squares.

News circulated that IS imposed compulsory recruitment in the district of Hit, in Anbar province, to fight in the front rows of IS against government forces. News reports also indicated that whoever refused to join IS ranks faced the death penalty.

A young man from Mosul told Al-Monitor over the phone, “We currently dread recruitment the most, as we see the number of IS members decreasing on the streets, which may lead IS to resort to recruitment.”

According to the young man, “Most young men are confined within their homes since IS has made everything forbidden and haram. It even intervenes in the way we dress and prohibits us from watching soccer games. Its members search our phones to find out our political and social orientations.”

The economic situation is also deteriorating in Mosul. Vegetables were brought in by IS from Syria after agricultural lands were destroyed. Household funds have been exhausted.

Basma’s father, who works in a government hospital, said he has not received his salary for two months.

Talib Abdul Karim, a member of parliament for Ninevah province, communicates with Mosul’s residents via mobile phones as well. “The only way to communicate is to walk to the borders of the provinces of the Kurdistan region to get network coverage” he said. “Mosul is now at its worst. All sectors are paralyzed."

“The city’s residents are refusing IS’ [occupation], given its oppression against them. Armed groups are being spontaneously formed to carry out operations against this terrorist organization,” he said.