After failing to agree on a federal budget for 2014, Iraq’s Cabinet has finally approved and submitted its 2015 budget to parliament with an announcement to enact austerity plans. 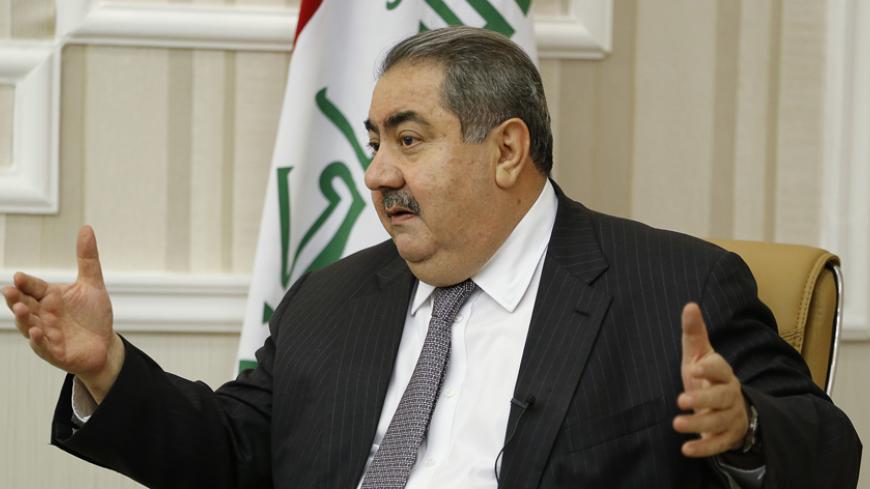 On Dec. 23, Iraq's Cabinet approved and submitted the 2015 federal budget to parliament. This development occurred following months of study to review and reduce the initial budget’s large deficit, which Finance Minister Hoshyar Zebari estimated at $40 billion.

Iraq’s government has certainly tried to address the deficit in the version that was approved on Dec. 23, in which the budget reached 123 trillion Iraqi dinars (nearly $100 billion). Yet, in the end, all of these attempts cannot address Iraq’s budget crisis for 2015 or the following years, given the nature of the Iraqi economy, which mainly depends on oil production, as well as the ongoing failure to achieve alternative economic mechanisms.

The sharp decline in oil prices, which reached $70 per barrel in December and are expected to continue falling, was enough to plunge Iraq into a real financial crisis, according to deficit rate estimations, which in 2013-14 were based on an estimation of nearly $80-$90 per barrel.

Mazhar Mohammed Saleh, economic adviser to the prime minister, told Al-Monitor, “Oil prices estimations were changed in the 2015 budget, and were based on the price of $60 per barrel, according to the current oil production ceiling, which could be up to 3 million barrels in 2015.”

It should be noted that Iraq was unable to approve the 2014 budget, and the exceptional circumstances in the country with the worsening security crisis, the Islamic State’s occupation of large areas and the growing need to arm the military and the popular mobilization forces. The latter has taken a toll on the budget, the largest part of which is expected to go to expenses of the Interior and Defense ministries in the coming years.

In light of the tense security situation that includes the need for arming, sheltering the displaced, reconstructing the affected areas by the military operations on the one hand, and the decline in global oil prices on the other, the Iraqi government has found itself facing a real test as to whether it can ensure the basic necessities for its people.

Although Zebari announced that the government intends to announce an austerity plan to address the developments in the financial crisis, the prime minister’s office denied its intention to announce the austerity plan.

This inconsistency is justified as the new government has found itself facing accumulated crises at all levels, the inherited mistakes in the management of Iraq’s economy and the procedures that failed for years to revitalize the Iraqi economy and diversify its resources.

The recent oil agreement between Baghdad and Erbil can be considered an attempt by the government to save what can be saved in the 2015 budget.

Nevertheless, all of these are formal and temporary solutions, and Iraq needs an extensive economic rescue plan that allows to reform the inherited economic structures, and shift the nature of the Iraqi economy from being a rentier economy, which works according to laws in socialist-totalitarian states, into a productive society that attracts investments and takes into account global economic developments.

In Iraq, nearly 6 million people receive salaries from the state, according to former Minister of Planning Ali Shukri, who revealed that “this figure is three times the need of the state institutions.”

This is a real knot that prevents any structural reform in the Iraqi economy, and that needs bold and revolutionary decisions and actions that include the promotion of foreign investments in conjunction with encouraging nonproductive employees to work in the private sector.

Yet, to reach this solution additional time is required. Today, the government needs objective solutions to the crisis, and it needs to effectively implement measures and commitments pertaining to economic reform.

The first solution that must be sought is the application of provincial law itself, which allows a number of ministries to be dissolved and transfers their powers to the provinces, which minimizes waste and reduces the enormous functions in the country's ministries. It also gives the provinces a chance to test the economic measures and attract investments.