Iraq failed to agree on a budget for 2014 and seems set to fail on agreeing to a 2015 budget; economists warned that this would only add to the nation's financial problems. 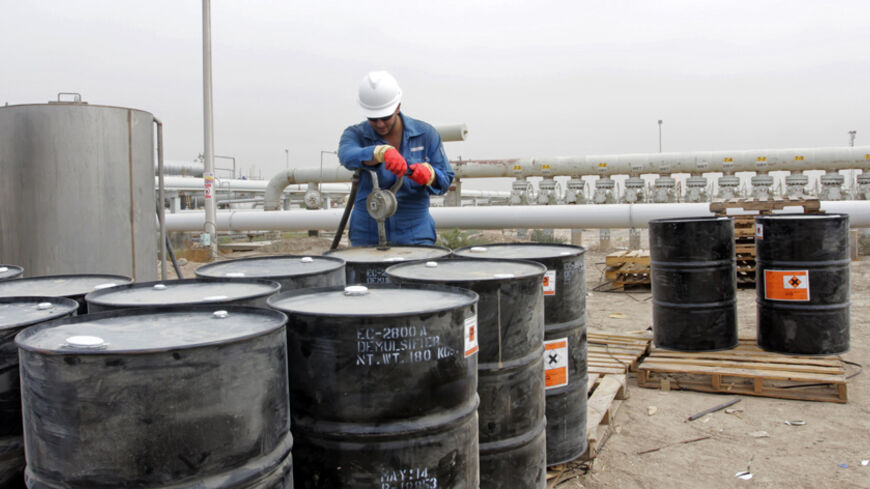 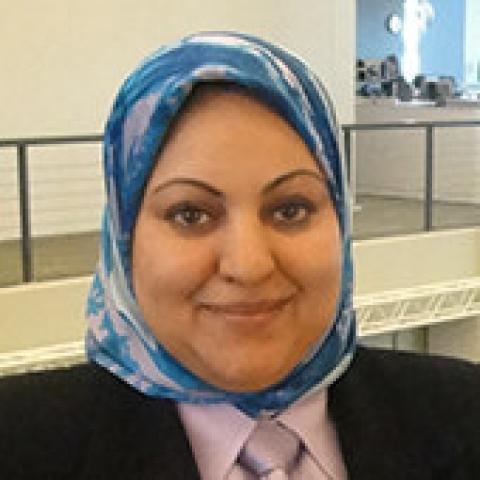 BAGHDAD — With persistent hurdles delaying the approval of the 2014 budget, new ones are standing in the way of the 2015 budget, including the drop in oil prices on global markets and the deduction of the north oil revenues from Iraq’s crude oil production due to military operations following the Islamic State’s (IS) control of large areas of northern and western Iraq since June 10. Moreover, the Kirkuk field’s oil production, which is estimated at 400,000 barrels per day (bpd), was excluded from the total Iraqi exports after peshmerga forces took control of the field. This resulted in disputes between the central government and the Kurdistan Regional Government (KRG) over the oil exports of Kirkuk and other oil fields in the Kurdistan region. Add to this the rise in military spending.

According to the Iraqyoon News Agency, with the end of 2014 just around the corner and with the late budget approval and the former government’s spending of all oil revenues of the first seven months, the budget amendment and approval is becoming a hard task.

In this framework, economist Bassem Antoine told Al-Monitor that the delay in the 2014 budget approval was affecting Iraq’s economic growth. He asserted that the Iraqi government has to realize the great danger surrounding the Iraqi economy, as the delay in approving the budget has led to economic recession, especially in the fields of investment and operation. Moreover, the private sector, which includes more than 4 million employees, has been crippled. Antoine stressed the importance of limiting the 2014 budget to essential spending and postponing the remaining commitments until the year after.

Member of parliament Hareth Shanshal al-Harithi, a member of the budget approval committee, told Al-Monitor that the parliamentary committee and the Ministry of Finance have not reached any results. The ministry is in a state of confusion because it does not have the power to initiate the state budget. Meanwhile, the other ministries requested from the latter advances to cover their operating expenses, such as employees’ salaries. The Ministry of Finance will then settle the advances from the budget allocations of the ministries when the state budget is approved.

The operating budget for 2014 was disbursed as payments allocated to other ministries by the Ministry of Finance. This has become a fait accompli. This disbursement was made from the accumulated excesses of the ministries’ budgets for the previous years. Harithi expected the investment budget to be forwarded to the next year once the 2015 public budget was approved.

Oil expert Hamza al-Jawahiri told Al-Monitor that there was a huge underlying deficit in the current 2014 budget due to the drop in oil exports from the northern fields. This stems from the security situation and because Kurdistan is not exporting its agreed-upon share. Its production remains outside the federal government’s calculations, resulting in a loss of more than 1 million barrels per day and a drop in prices due to vague and contradictory reasons.

“To overcome this crisis, we need a courageous decision from a strong government that puts the country’s total imports under the control of the federal government. We also need to know whether the statements from the Kurdistan region about approaching 700,000 barrels a day worth of imports, in addition to the imports from land outlets and agricultural production, are true and whether the region has reached autonomy. In this case, Kurdistan would have to deduct 17%, which is its share of the general budget, and hand in the rest to the federal government. Moreover, an austerity policy should be adopted in all ministries and departments. The country and its budget are heading into the unknown,” Jawahiri said.

Oil Ministry spokesman Assem Jihad told al-Fayhaa Satellite Channel on Oct. 28 of attempts by the federal government and the Iraqi Kurdistan government to resolve the oil dispute, saying, “Both parties are trying to end the oil dispute and resolve the pending problems between Baghdad and Erbil.”

Economic adviser to the Iraqi premier Abdul Hussein al-Ankabi told Al-Monitor, “The 2014 general budget is a fait accompli. It is no longer a budget because it was actually spent, and its approval now is just a documentation of expenses.”

He said work is in progress to delete some of the articles from the draft law to decrease the deficit, especially because it has reached around $40 billion.

Ankabi said the delay in the final accounts of three ministries had nothing to do with the approval of the budget, which he expected to be voted on by parliament before the end of 2014. He highlighted the importance of approving the 2015 budget before the new year because the competent committee completed its work a while ago. He also stressed the importance of reviewing the budget as soon as possible, since the 2015 budget was based on oil prices of $90 per barrel. However, this price should be pegged at $70 per barrel as part of the austerity measures needed to decrease the expected deficit.