The head of Iran's Atomic Energy Organization has discussed the next step in nuclear negotiations and Iran's fuel needs on Iranian television. 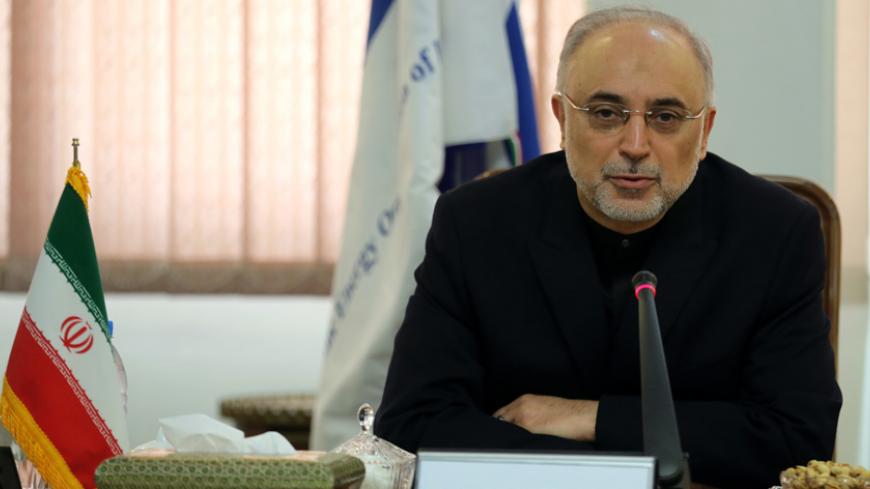 Iran’s Atomic Energy Organization head Ali Akbar Salehi has spoken on Iranian television about the political and technical setbacks in the most recent nuclear talks between Iran the five permanent members of the UN Security Council plus Germany (P5+1).

During the Jan. 11 interview, Salehi said, “They had almost reached a complete deal. … Something happened [and] the opposing side suddenly pulled back.”

Salehi viewed the P5+1's sudden retreat as connected to comments by Israeli Prime Minister Benjamin Netanyahu a few days later about the lack of a comprehensive deal and US Secretary of State John Kerry’s comments that Israel was informed of the talks. Salehi added, “They see their interests in the continuation of the crisis.”

There will be a foreign ministers meeting in Geneva on Jan. 14. The two remaining problems in the talks are the process of removing the sanctions and enrichment, according to Salehi.

Salehi said, “We voluntarily agreed to enrich up to 5%. We are discussing the volume of enrichment and production for one year. Right now we have 9,000 working centrifuges that produce 2.5 tons of uranium, while our needs are 30 tons per year, but they will not approve of this rate and say this is too much and that we should lower the number of centrifuges and convert the enriched uranium to 5%.”

Iran currently purchases nuclear fuel for its Bushehr reactor from Russia, but that contract runs out in eight years. Salehi said that Iran had expressed its needs to the International Atomic Energy Agency and said that in eight years Iran would need to secure more fuel, 30 tons for one year.

Salehi said that Iran is willing to “take steps” to reach this level and that in its proposal, Iran asked the P5+1 to determine the first steps that should be taken, while Iran determines the final steps. He added that the final goal would be 190,000 separative work units, a figure that Supreme Leader Ayatollah Ali Khamenei, who has final say on the nuclear program, gave in a July 2014 speech.

According to Salehi, the P5+1 is not opposed to Iran reaching that level, but has proposed “between 10 to 20 years” rather than eight.

On an Associated Press report that Iran had tentatively agreed to ship a large portion its uranium stockpile to Russian for conversion into reactor fuel, Salehi said that Iran “for now has denied this issue.”

When asked whether Iran is not willing to transfer fuel for now but may do so later, Salehi said, “We denied the report from the American news agency. At the same time, we have to see what they refer to as fuel: UF6 5%, fuel rod, fuel pellets, natural uranium and so on. These are all fuel. We have to see what the meaning of fuel is.”

Salehi did not discuss the issues surrounding the sanctions removal. Various Iranian figures have said they expect “all sanctions” to be removed, without offering more detail. In an analysis, conservative Tasnim News Agency reported that “In the final step, all UN Security Council and multilaterial sanctions must be removed.”