Hezbollah is set to face what could be an eventful year, after it has had a number of significant setbacks over the last few weeks. 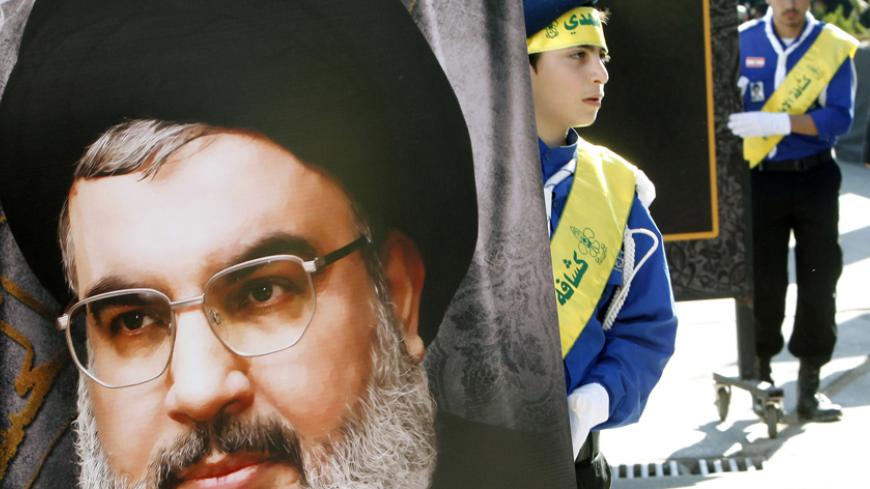 The end of 2014 and the first days of 2015 witnessed a series of events that targeted Hezbollah, the most powerful Shiite group in Lebanon and perhaps the Middle East. Within a few days, a series of political, security, judicial and military events in Lebanon and in neighboring and other countries all seemed to be targeting Hezbollah.

On the Lebanese political level, news spread on Dec. 28 that Ghaleb Abu Zeinab, a member of Hezbollah’s political bureau, had resigned from his position as an official in charge of his party’s relations with the Christian political authority. Abu Zeinab quickly explained that he had decided to hand in his resignation weeks ago for personal reasons that are not linked to any political or partisan dimensions. He wanted to have more time to take care of personal and family matters. However, news leaks continued to aggravate the event and included it in the list of suspicious matters happening within the party.

One of the reasons mentioned behind Abu Zeinab’s resignation, which was denied by the former official, were rumors about him being related to another official in Hezbollah who's said to have been arrested on charges of spying for Israel. This was the second targeting of Hezbollah on the security and on the Lebanese-Israeli levels. Gulf newspapers published stories on Dec. 17 saying that a prominent official who occupies a sensitive security position in Hezbollah with the initials M. S. was spying on his party for Israel. Days later, further leaked media information became public. On Dec. 25, the same media outlets reported Agence France-Presse publishing a detailed report about the suspect from Hezbollah; his full name was Mohammad Shawraba and that the fact that he was spying for Israel resulted in the failure of a series of security and intelligence operations Hezbollah was planning to execute against Israel.

While Abu Zeinab quickly rushed to explain his resignation to the media, Hezbollah remained silent regarding the arrest of one of its members on charges of spying. No governmental source and no Lebanese official commented on this news and there was no mention of whether the figure was arrested by the government or the party. This is considered to be a common tradition in the so-called resistance security in Lebanon, which is surrounded by maximum secrecy on both the official and partisan levels, except for what one party willingly wishes to reveal.

Simultaneously to the political and security events on both the Lebanese and Israeli levels, a third judicial event on the international level occurred. Lebanese media outlets reported on Dec. 27 that the Special Tribunal for Lebanon (STL), which opened after a resolution issued by the UN Security Council to investigate the assassination of former Prime Minister Rafik al-Hariri, might decide to summon one of Hezbollah’s deputies in the Lebanese parliament. The same leaks indicated that the reason behind the possible summoning is the discovery of a phone call between the deputy’s phone number and one of the suspected phone numbers in the case, which launched guesses as to which Hezbollah deputy was involved.

Then on Dec. 29, parliament member Ali Ammar turned out to be the one the STL might summon. He is a deputy for Baabda district, southern Maten, which includes Beirut’s Shiite-dominated southern suburbs of Dahiya (Hezbollah’s stronghold in Beirut). Ammar belongs to the party’s first generation that was present during its establishment in the early 1980s. In the event that the news was indeed accurate, it might result in a serious and a first-of-a-kind challenge for Hezbollah and the Lebanese government.

Again, as Hezbollah remains silent regarding news about the possible summoning of one of its deputies and founding members, the fourth strike hit. It was on the military level this time. Jabhat al-Nusra announced on Jan. 3 that hours before it had launched an attack on a Hezbollah military site at the edge of the Syrian town of Vlita, near the Lebanese border. As information on the results of this attack were unclear, it was certain that violent clashes have been taking place over the past few months between the two parties in the context of a series of military confrontations by Hezbollah fighters and the Lebanese army units against militants from terrorist groups on the borders between Syria and Lebanon.

This is how the entire picture has painted an illogical paradox. Within a few days, Hezbollah was targeted by local Lebanese political news, a spy for Israel, a possible international prosecution and a terrorist military attack. It's a paradox whose elements have nothing in common, rationally, except for the great purpose and magnitude against this political and military group. Hezbollah is considered one of the main actors in Lebanon and on several international scenes, including Syria, Iraq, Bahrain, Yemen and other countries. All of these issues indicate that 2015 is going to be an eventful year for Hezbollah and raise curiosity as to what developments this might involve.