US, Iran to hold bilateral talks in Geneva

The United States and Iran will hold one-on-one talks in Geneva Dec. 15-16 as they redouble efforts to reach a final nuclear accord. 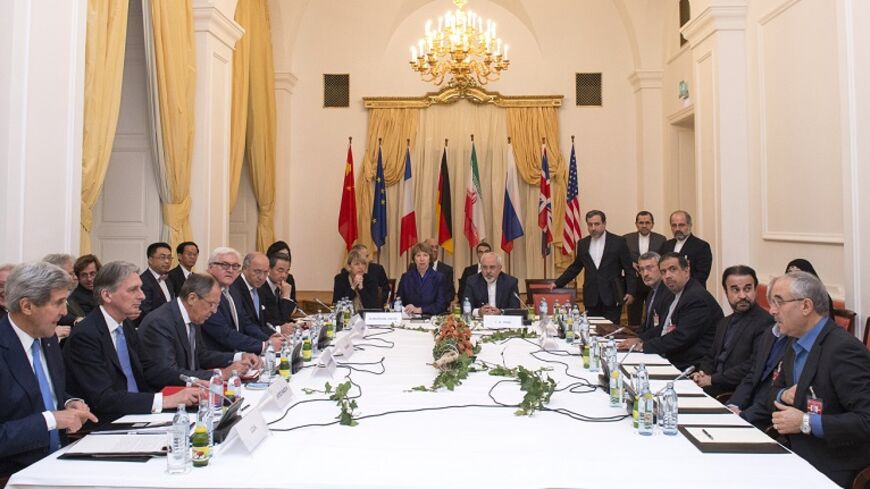 The United States and Iran will hold a two-day bilateral meeting in Geneva next week, Dec. 15-16, ahead of a meeting of political directors from Iran and the five permanent members of the UN Security Council (P5+1), as the parties redouble efforts to reach a final nuclear deal after talks were extended last month.

The resumed US-Iran bilateral meetings are a departure from the three-way, US/Iran/European Union meetings that have been conducted for the past year, since an interim nuclear deal was reached in Geneva last November 2013.

Secretary of State John Kerry praised Anderson, who has served for the past year as a Brussels-based adviser to him and Sherman on the Iran nuclear negotiations, leaving her family behind in Montana.

“Brooke’s one of the best. I’ve enjoyed working with her now going back nearly twenty years, not just during the Iran negotiations, but during her time as the chief of staff at the NSC and on my presidential campaign,” Kerry said in a statement Dec. 12.

“We twisted her arm to move away from her friends and family in Montana, and she agreed to this extended tour of duty because she’s a public servant to the core,” Kerry said, calling Anderson “invaluable.” Anderson “was superb as a utility player on issues ranging from technical details of the negotiations to sensitive diplomatic engagements with our P5+1 partners, the Iranians and the [International Atomic Energy Agency] through this process.”

While Burns and Sullivan, who have served as senior advisers on the Iran talks since their formal retirements this past fall, are missing this round of meetings, they are expected to continue to participate in the process.

Ali Vaez, senior Iran researcher at the International Crisis Group (ICG), said the fact that the United States and Iran are resuming bilateral talks is a good sign and boosts prospects for reaching a final nuclear deal. Over the past year, the United States and Iran have mostly held trilateral meetings also including the European Union, which he said resulted in time being lost to a cumbersome process.

“It is positive to see this procedural shift,” Vaez, author of a new ICG report on the Iran nuclear negotiations, “The Fog Recedes,” told Al-Monitor Dec. 12. He said, “Bilateral talks between the two main stakeholders should precede, not follow, the cumbersome multilateral negotiations.”

Beyond Sherman, the US delegation to the mid-December meetings with the Iranians in Geneva will include Rob Malley, NSC senior director for Iran, Iraq and the Gulf States; James Timbie, senior adviser to the undersecretary of state for arms control and international security; Paul Irwin, NSC director for nonproliferation; Newell L. Highsmith, State Department deputy legal adviser; Kevin Veal, Energy Department director of the Office of Nuclear Safeguards and Security; Felicia Swindells, Treasury Department senior sanctions policy adviser; and Julia Jacoby, special assistant to the acting deputy secretary of state.

The Iranian team to the Geneva talks is expected to be led by Iranian Deputy Foreign Ministers Abbas Araghchi and Majid Ravanchi.

After the US-Iran bilateral meeting, political directors from Iran and the P5+1 will hold a one-day meeting in Geneva on Dec. 17, the European Union said Dec. 12. Former EU foreign policy chief Catherine Ashton will stay on as a facilitator to the Iran talks and adviser to new EU High Representative Federica Mogherini, the EU said this week.

Last month, Iran and the P5+1 extended talks on reaching a nuclear accord until June 30. They said they will try to reach a political accord on the final deal by March, and then use the following three months to finalize technical and implementation annexes.