Burns, Sullivan to stay on to work on Iran deal

Set to retire, Deputy Secretary of State Bill Burns and Biden advisor Jake Sullivan will stay on as special government employees to work on reaching an Iran nuclear deal after they leave their posts, the State Department said. 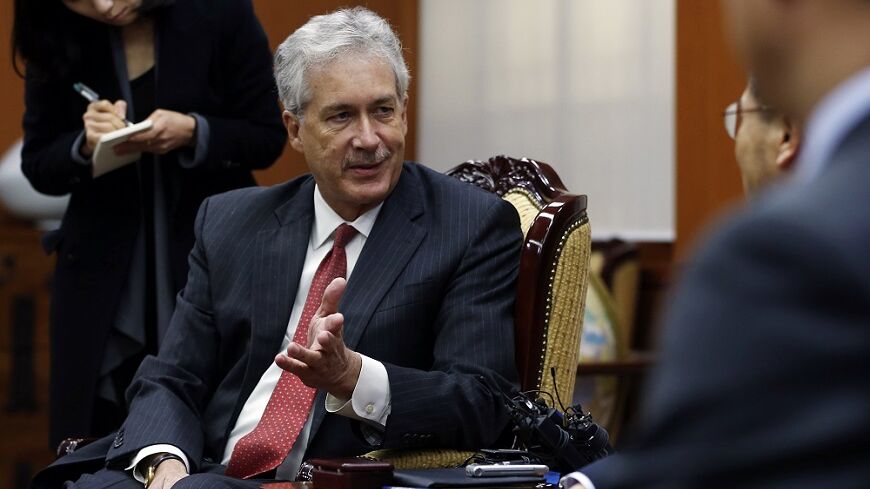 The United States and Iran held “good and useful” bilateral meetings in Geneva on Aug. 7, an Iranian official said, as the United States announced that two key officials who had been due to step down shortly will continue to work on US efforts to reach an Iran nuclear deal this fall.

Deputy Secretary of State Bill Burns and Jake Sullivan, Vice President Joe Biden’s national security advisor, will stay on as special government employees to work to reach a comprehensive Iran nuclear accord after they leave their current posts in the coming weeks, State Department deputy spokeswoman Marie Harf said Aug. 7. Sullivan is due to leave his job in Biden’s office shortly to teach at Yale Law School, while Burns is due to retire as deputy secretary in October after a three-decade diplomatic career.

The decision shows the Obama administration is "very serious about getting a deal done by November 24," a senior US official, speaking not for attribution, told Al-Monitor. "They are not letting anybody get out. It's all hands on deck."

"Given the important role Burns and Sullivan have played in the negotiations, especially in the bilateral channel, and given the desire to make a maximum effort to wrap up the talks by the end of the four-month extension, it makes good sense for them to participate in the next critical few months," former State Department Iran arms control advisor Robert Einhorn told Al-Monitor.

Diplomats from Iran and the six world powers (P5+1) decided last month to extend the deadline for reaching a comprehensive nuclear deal to Nov. 24.

Iranian Deputy Foreign Ministers and nuclear negotiators Abbas Araghchi and Majid Ravanchi led the Iranian delegation to the bilateral meeting, the second with the Americans there in the past two months.

The meeting, which the State Department’s Harf described as “constructive,” had come about at fairly short notice, sources told Al-Monitor.

Iran nuclear talks are due to intensify again in the coming weeks. The P5+1 and Iran will hold a meeting, likely in early September, at a date and location to be determined, European Union and US officials said Thursday. Then there will be several P5+1 Iran meetings at various levels — including possibly at the foreign minister level — on the sidelines of the United Nations General Assembly (UNGA) which gets underway Sept. 16in New York.

US Iran experts praised the decision to keep veteran diplomat Burns involved in the US Iran channel at such a sensitive moment, as the US and Iran intensify efforts to reach a final nuclear deal.

“This move makes great sense,” Suzanne DiMaggio, who directs the Iran and Southwest Asia program at the New American Foundation, told Al-Monitor, noting Burns has developed a constructive rapport with the Iranians, who respect and trust him.

“It’s an insurance policy in case an agreement isn’t reached before they both step down,” DiMaggio said. It could also “signal an intention to expand dialogue to other urgent issues in the region. And it raises the question of whether the time has come to appoint a U.S. special envoy on Iran.”

"What it principally will mean is that both officials will retain their security clearances and will be occasionally be consulted for their views and insights and thoughts on new developments in the talks," a former U.S. government official, speaking not for attribution, told Al-Monitor. "There is a good deal of nervousness in the expert community over what happens when Burns leaves and maybe this was an effort to alleviate that anxiety."