Turkey hits back at US over torture report

While Foreign Minister Mevlut Cavusoglu expressed his hope that the United States “will not repeat such inhuman treatment,” Turkey's alleged cooperation with the CIA over rendition of Islamic terror suspects is conveniently overlooked. 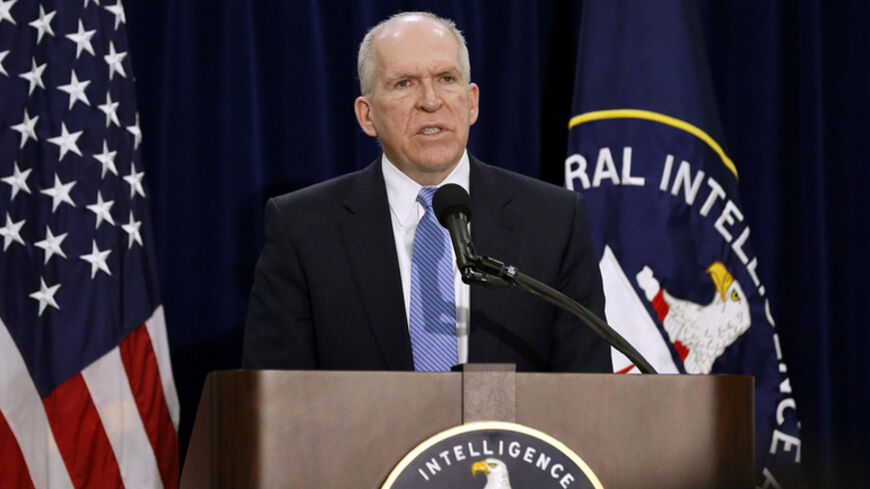 Always disgruntled over the US State Department’s annual country report on human rights, which highlights allegations of torture and maltreatment by the Turkish police against terror suspects, the US Senate’s report on CIA tortures appears to have given Ankara a rare opportunity to hit back at Washington.

Turkey is the only NATO ally that has come out to officially condemn the United States, albeit in diplomatic terms, and to call for American officials who authorized the use of torture against Muslim suspects to be brought to justice. Ankara also says it is investigating whether Turkish citizens were detained and unlawfully tortured by the CIA.

Revelations about the CIA’s “enhanced interrogation techniques” have also elicited skepticism about Washington’s honesty, resulting in harsh condemnation of the United States from pro-government and Islamist columnists in Turkey.

Meanwhile, anti-government papers are highlighting that supporters of the government are conveniently avoiding any mention of allegations that Turkey also facilitated the CIA’s prisoner transport flights, or rendition, of suspected Muslim terrorists.

In a written statement released on Dec. 11, the Turkish Ministry of Foreign Affairs said the preparation and release of the Senate’s report was “a positive step in terms of transparency.”

Noting that “the protection of fundamental rights and freedoms is one of the most basic responsibilities of contemporary democracies,” the ministry said, “the practices enumerated in the report cannot be condoned in any way. Torture and other brutal, inhuman or degrading treatments or punishments are unacceptable under any circumstance.”

It went on to underline the necessity “to bring to justice those who, as stated in the report, violated laws and democratic practices by completely ignoring established universal norms” and said that this had to be done “to avoid the repetition of such acts.”

Given Turkey’s questionable track record in terms of complying with “universal norms,” it was not surprising to find Western diplomats in Ankara who took the Foreign Ministry’s statement with a pinch of salt. Turkish human rights groups continue to accuse Turkish police of acting with impunity when maltreating prisoners detained under anti-terrorism laws.

Accusations of police brutality also peaked after the anti-government demonstrations that followed the Gezi Park protests in 2013. The government, however, continues to stand behind the police force and remains reluctant to cooperate with the courts to penalize policemen accused of maltreatment or lawful killings.

Foreign Minister Mevlut Cavusoglu also condemned Washington over the report on CIA torture. “When you look at the report you see unacceptable inhuman treatment and torture. Transparency is important but this does not excuse the torture,” Cavusoglu told reporters on Dec. 11 during a news conference in Ankara with his Slovakian counterpart Miroslav Lajcak.

“I hope our friend and ally America does not repeat such inhuman treatment,” he said, going on to announce that they were scrutinizing the Senate report to see if any Turkish citizens were involved.

Islamist and pro-government commentators were also quick to pick up on the Senate’s report and condemn the United States. Pointing out that he has been highlighting the topic since 2002, Ibrahim Karagul, the editor-in-chief of Yeni Safak, found nothing in the report that was new to him.

Questioning the honesty of the Senate Intelligence Committee, Karagul maintained in his Dec. 11 commentary that the Senate’s report was not just a supposed attempt at coming clean but also an effort to cover up. “That which has to be kept secret has still been hidden, while the revelations that have been made public are already known,” Karagul said.

Karagul contended that all the operations listed in the Senate’s report were continuing today without interruption, including complicity by a large number of countries in transport flights by the CIA of terror suspects, and the setting up of secret CIA torture centers around the world. He said these operations would increase in the future because the Middle East is facing new crises.

Akif Emre, another prominent Islamist commentator for Yeni Safak wrote on Dec. 11 that America’s ethical problem had now been officially documented as a result of the report on CIA tortures.

Emre said that this report collates, in a clear manner, facts that were previously revealed by National Security Agency whistleblower Edward Snowden.

“Although the details of the CIA’s inhuman practices are horrifying, they are more or less predictable. What we see now in a concrete manner is what an organization that teaches torture techniques to intelligence services under its control is capable of,” Emre wrote.

Arguing that “US democracy basically has a militaristic characteristic” Emre went on to maintain that the Senate report had also revealed how various countries can be “bribed into becoming a party to immorality and crimes against humanity.”

He recalled reports of CIA torture centers set up in certain NATO countries, naming Poland, and also referred to reports of CIA prisoner transfers between military bases in various countries.

Neither Karagul nor Emre, however, mentioned that Turkey was also named as one of these countries in a report released in June 2006 by the Council of Europe’s Committee on Legal Affairs and Human Rights on the CIA’s transport flights.

“The Turkish government and state never played a part [in the secret transfers] … and never will,” Namik Tan, spokesman for the Turkish Foreign Ministry, told reporters during a press briefing after that report was released.

Secret US documents leaked by WikiLeaks in January 2011, however, indicated that Ankara had given permission to Washington to use the Incirlik air base near Adana in southern Turkey for such transfers between 2002 and 2006.

The matter never received full clarification and was left to drift off the agenda and recede into the background. It is back on the agenda, though, after the Senate’s report on CIA torture.

Daily Cumhuriyet, a staunch opponent of the ruling Justice and Development Party, reminded its readers of this in a Dec. 12 article on the topic. It said that although it was condemning Washington now, the government was conveniently overlooking this detail.

“Ankara, which has chosen not to investigate serious allegations of cooperation with the CIA, preferring to remain silent on this topic, is now trying to see if there are Turkish citizens among those who were tortured,” Cumhuriyet said.

Cumhuriyet went on to list some of the allegations against Turkey. These included the claim that an aircraft charted for the transport of terror suspects by the CIA from the Richmor Aviation Co. had landed in Adana at least once in 2002, and another claim that the Incirlik air base had been used to illegally transport at least six suspects to Guantanamo.