Turkey seems to have the upper hand in the political struggle against an Armenian genocide monument proposed for Geneva. 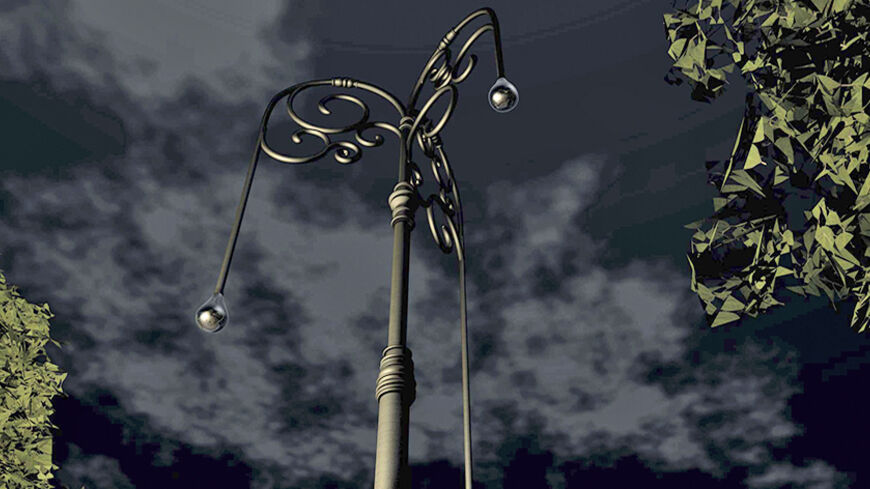 A proposed art project commemorating the 1915 mass slaughter by the Ottoman Turks of the empire’s Armenian subjects has sparked a tug-of-war between the Turkish government and Switzerland’s ethnic Armenian community, sharpening decades of mutual suspicion and resentment and pitting the federal government in Bern against the local government in Geneva, where the monument is to be placed.

With only months to go before the April 24 centenary of the genocide, the stakes are higher than ever — and so far, Turkey is prevailing. In early December, the Swiss Foreign Ministry declared that it opposes erecting the Armenian monument in the canton of Geneva because “it is important for federal authorities to preserve the absolute impartiality of Geneva,” where the United Nations and various other international organizations are headquartered, Turkey’s semi-official Anadolu news agency crowed.

More likely, the Swiss are responding to Turkish bullying, Armenian activists and diplomatic observers say. The UN has reportedly also sided with Turkey. A UN spokeswoman in Geneva declined to comment.

“It is an international scandal that Swiss diplomacy surrendered so voluntarily to Turkish pressure,” complained Vicken Cheterian, a Geneva-based ethnic Armenian academic in an interview with Al-Monitor. “A beautiful artwork is now in exile in search of a safe haven where it can rest, to reflect the memory of a people sacrificed and humanity in denial.”

The project, called “Reverberes de la Memoire,” or “Streetlights of Memory,” consists of eight lampposts placed in an arc in parkland lying between the International Red Cross building and the Palais des Nations, where the United Nations’ precursor, the League of Nations, once stood. The lamp posts will soar to nine meters (29.5 feet) and sprout elongated chrome tear drops in which pedestrians can view their own reflections. The pillars will be inscribed with texts about exile and dispossession by acclaimed French Armenian psychoanalyst Janine Altounian, whose parents survived the genocide.

A Turkish Foreign Ministry spokesman did not return calls for comment. But Turkish officials speaking on condition of strict anonymity privately acknowledged to Al-Monitor that the Swiss government had been “encouraged” to scupper the bronze memorial, which was conceived in 2008 by the French Armenian artist Melik Ohanian. In keeping with Switzerland’s federal laws, the final say rests with the cantonal government in Geneva, expected to deliver its verdict in mid-January. Stefan Kristensen, a Swiss Armenian activist, says should the local administration follow the Foreign Ministry’s advice, the project organizers will pursue the matter in court. “There is no legal basis for caving to pressure from Bern and Ankara,” Kristensen told Al-Monitor.

Sympathy for the Armenians among the Swiss people is nothing new and Cheterian says les Reverberes is "a gift from our community to thank Geneva and Switzerland for their humanitarian attitude during the war, and the support they expressed to the orphans and survivors of the Genocide. In the late 19th century, when the ruling Ottoman Sultan Abdul Hamid II ordered pogroms against the Armenians, more than 400,000 Swiss citizens (13.7% of the population) signed a petition demanding that their federal government intervene with the Sublime Porte to end its brutality.

Swiss pharmacist Jacob Kunzler and his wife, Elizabeth, figure prominently in the Armenian pantheon of heroes. Between 1899 and 1922, the couple saved thousands of Armenian orphans in Turkey and Lebanon.

Moreover, Switzerland has laws that criminalize denying or justifying genocide. In 2007, a federal court found Turkish writer and left-wing politician Dogu Perincek guilty of racial discrimination for calling the genocide “an international lie” on Swiss soil. The case wound up in the European Court of Human Rights (ECHR) in 2013. The Strasbourg-based court concluded that Switzerland had violated Perincek's right to free speech. In March, Switzerland appealed to the ECHR’s 17-judge Grand Chamber to overturn the ruling. Armenia waded in on Switzerland’s side with its own team of lawyers. The latter is said to include Amal Alamuddin, the much-respected Lebanese-born international human rights lawyer married to actor George Clooney. In a further twist, Alamuddin’s great uncle, Najib, is said to have been married to Kunzler’s daughter, Ida.

Perincek was merely parroting Turkey’s official line. Turkey denies that the 1915 tragedy constitutes genocide. Imposing its own version of events — that most of the Armenians died of exposure, starvation and disease during forced deportations to the Syrian desert — has long been a cornerstone of Turkish foreign policy. Sabotaging planned genocide memorials is an integral part of this. Thus, when the ethnic Armenian residents of the California town of Montebello decided to build a monument to honor the victims of 1915 in the mid-1960s, Myron Goldsmith, a retired army major who doubled as Turkey’s honorary consul general, lobbied the city council to prevent its construction.

The episode was colorfully depicted in journalist Michael Bobelian’s 2009 book “Children of Armenia: A Forgotten Genocide and the Century-Long Struggle for Justice.” We learn, for instance, that Goldsmith accused the Armenians of “concocting a Communist plot” and that the State Department “contacted Montebello’s city council to pressure it to shut down the project.” In the end, the council voted in favor of the monument but “bowed to the State Department’s wishes,” spurning Armenian demands for the genocide to be mentioned in its dedicatory plaque. A former Turkish intelligence officer who requested anonymity claimed in remarks to Al-Monitor that the Turkish government had “wasted hundreds of thousands of dollars” in covert operations to deface Armenian genocide memorials. California is home to the largest Armenian diaspora community in the United States, and three Turkish diplomats were murdered there in revenge killings carried out by ethnic Armenians between 1973 and 1982.

In 2011, the battle against monuments shifted to Kars, a city close to Turkey’s sealed border with Armenia, where a former mayor commissioned a sculpture that was meant to symbolize reconciliation. Turkey’s President (then Prime Minister) Recep Tayyip Erdogan called the work a “freak” and an “abomination” that needed to be demolished and replaced with “a beautiful park.” Demolition of the two giant figures facing each other, hands extended in a gesture of peace, duly began in April of that year, with their decapitation.

“It cost more money to destroy the monument than to build,” observed former Mayor Naif Alibeyoglu.

Such actions run counter to the recent softening in Turkey’s official stance — last year, Erdogan went as far as to offer an apology of sorts when he acknowledged the suffering endured by the Armenians in a statement made that April 24.

Using the word "genocide" is no longer a criminal offense in Turkey. Yet, Turkey’s sustained efforts to suppress commemorative monuments are “a pernicious kind of aggression against our right to remember, to celebrate the fact that we are still alive,” said Heghnar Zeitlian Watenpaugh, an art historian at the University of California, in an email interview with Al-Monitor. Should Ankara succeed in permanently switching off Geneva’s “Streetlights of Memory,” the wounds of the past will be even harder to heal.