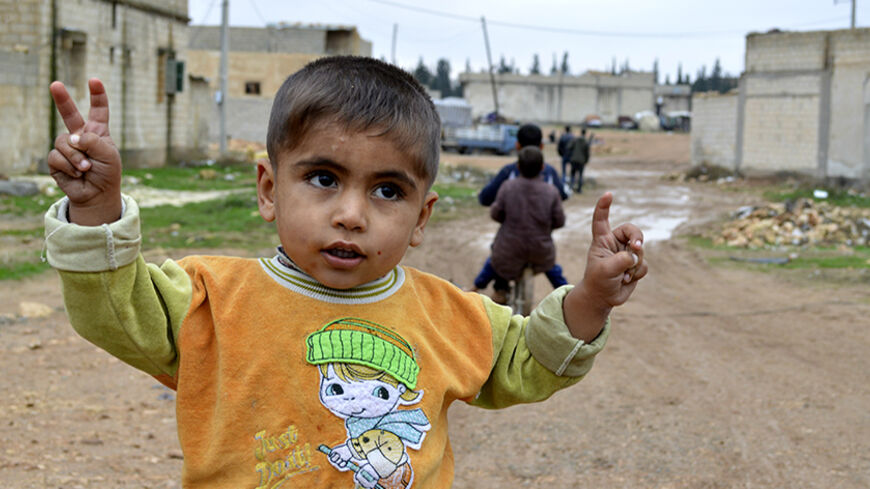 KOBANI, Syria — Entering Kobani, I didn't know what to expect. In the thick of night, it was impossible to see very much. Apart from the occasional barking of wild dogs, there wasn't much to hear either. In the morning, I was surprised to find that most of the buildings in the vicinity were still standing. The western side of the town, where I was, has apparently been spared much of the intense fighting between the Kurdish People's Protection Units (YPG) and Islamic State (IS) forces.

Surprisingly, there are still a fair number of civilians left in the city. Walking through the streets of western Kobani, one sees children running around and playing as if nothing unusual is afoot. Many of the people who stayed have joined the YPG forces to help defend their town against IS.

As fearless and calm as the people might look, Kobani is still a very dangerous place. On Dec. 16, three civilians were killed by the type of IS-fired mortars that regularly fall in and around YPG-controlled areas. That morning, a father, his son and their neighbor became victims. The father, Ahmed Abud, was an Arab man married to a Kurdish woman. After IS overran his village, he had sought refuge in Kobani. He is survived in Kobani by his wife and a daughter.

"He was a very good man. We used to help each other in moments of need," said Abu Yasin, one of Abud's neighbors. "He wanted to go back to his village once it was liberated." 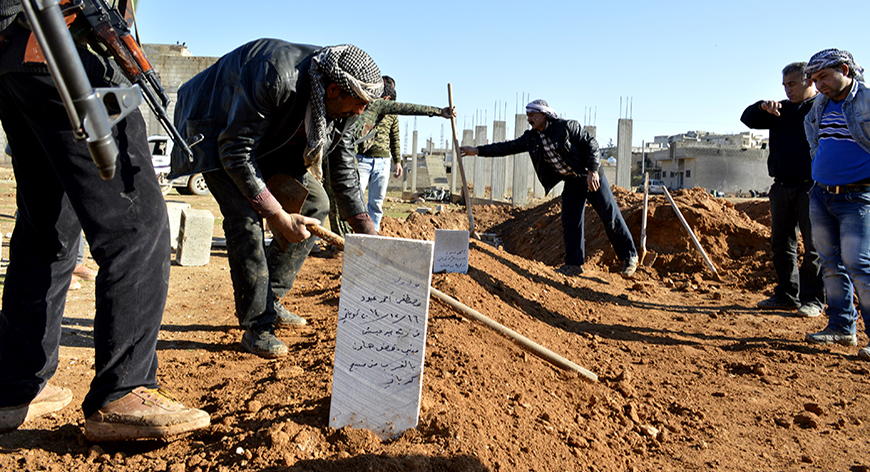 Fighters and civilians bury the bodies of three civilians after an IS mortar attack on Kobani on Dec. 16. (Mohammed A. Salih)

Walking around the streets of Kobani, one sees rocket shells as well as unexploded shells lying around. One particular type built by IS militants is called the Hell Mortar. It is made from a large gas capsule, used in this part of the world for cooking, soldered to a long pipe fitted with a multi-bladed tail.

The confrontation between Kurdish forces and jihadists has brought this once-unknown town in northeastern Syria worldwide attention. The feeling of pride is ubiquitous. Kurdish fighters and civilians alike boast how their small town has held fast against IS' mighty military machine and brutal campaign for more than three months. Their experience is in contrast to many other areas in Iraq and Syria that fell to the militants in a matter of days.

The sound of coalition fighter jets overhead is a constant feature of life in Kobani. On the night of Dec. 14, coalition fighter jets carried out 12 rounds of strikes in response to an operation by IS to break through YPG lines on the eastern and southern fronts, the scene of the heaviest fighting in recent weeks.

In addition to YPG fighters, there are also units of the Iraqi Kurdish peshmerga and the Free Syrian Army (FSA) fighting in Kobani. The peshmerga are mostly deployed to the rear lines, acting as a support unit. When IS starts launching mortars or other assaults, the peshmerga can be heard firing their own mortars, canons and Doushkas (DShK), Russian-made heavy machine guns. One occasionally sees FSA fighters on the streets. Local officials claim that only one FSA group, the Northern Sun Battalion, is playing an active role in the fighting. 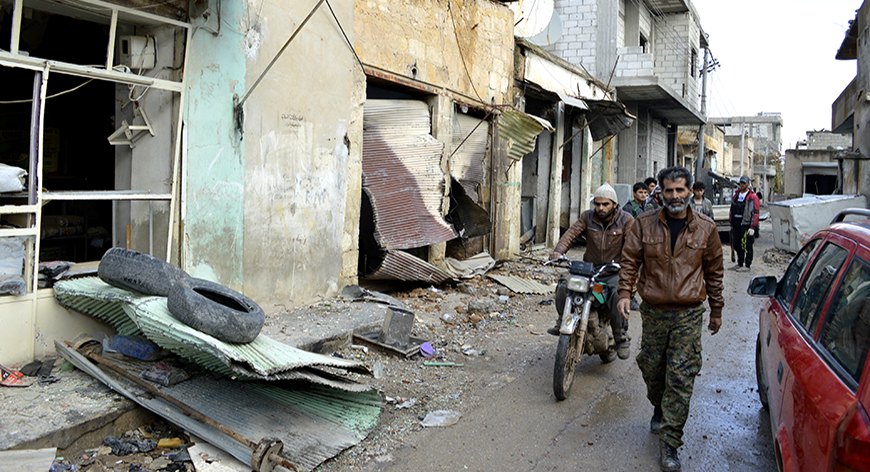 A group of Free Syrian Army fighters walk by destroyed stores in northern Kobani near the border crossing, Dec. 15. (Mohammed A. Salih)

One particular place of interest in Kobani is the official crossing with Turkey, the Mursitpinar border gate. It was the site of heavy clashes between Kurdish forces and IS militants on Nov. 29, starting at around 6 a.m., when a suicide bomber drove an armored military vehicle through the gate and detonated it. The large crater and heavy destruction caused by the vehicle and some of its remnants are testimony to the magnitude of the incident.

Some senior YPG commanders were apparently sleeping in a nearby building that night, and their presence helped with a swift response to IS' attempt to infiltrate Kobani. After nearly 15 hours of clashes, Kurdish forces pushed the IS fighters back, preventing them from crossing into the town.

Kurdish officials in Kobani are still baffled by what happened and are quick to point fingers at Turkey for facilitating passage of IS fighters through its side of the border. Video of the fighting and the scene at the border gate appear to strongly support Kurdish claims that the IS operation indeed originated from the Turkish-controlled side of the Mursitpinar gate. Turkish officials have denied that the jihadists used their territory for the attack.

"We knew Turkey was lenient with IS, but we could not believe they would go so far as allowing them to cross their territory to attack us," said Ismat Sheikh Hassan, the defense minister of the local government in Kobani. "We do not know if this was done with the consent of the senior levels of Turkish government or just some local officials." Hassan also said YPG forces occupied some buildings on the Turkish side of the border and only agreed to evacuate them after Turkish soldiers returned to their posts.

Kurdish fighters have been able to score gains against IS in recent weeks. Coalition airstrikes and the peshmerga's deployment have played a significant role in boosting the YPG's offensive and defensive capabilities. Morale appears to be high among fighters. They are optimistic that they will be able to reclaim the town, but taking the broader Kobani area of some 400 villages is a long shot.

In addition to Syrian Kurdish fighters, there are also many Kurdish fighters from Turkey among the YPG's ranks, along with foreign fighters from Iran and Algeria. Erdal, a 19-year-old Kurd from Turkey, appeared upbeat when I met him on a street not too far from the border gate. He wore a bandage on his neck to protect a small scrapnel wound from a mortar.

"IS beheads people to scare their enemies. It's psychological warfare. They want to make their enemies run away," said Erdal, smiling as he spoke. "But not us. We have proven they are not as strong as they claim. If we were afraid, we could not have stood here and fought them for so long."

As of Dec. 23, Kurdish fighters had held their ground against IS for 100 days.