The head of Iran's Revolutionary Guard Corps believes that the country's nuclear negotiators derived their strength directly from Iran's military and defensive abilities. 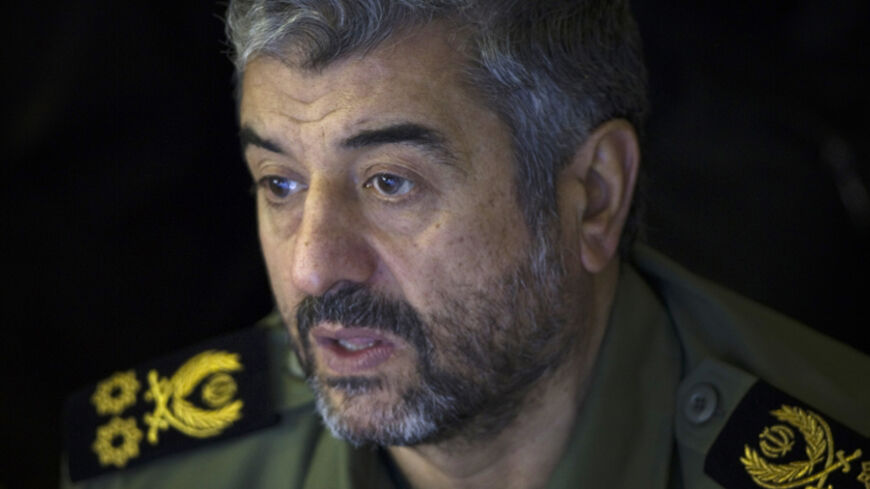 The head of Iran’s Islamic Revolutionary Guard Corps, Maj. Gen. Mohammad Ali Jaffari, has rejected claims by Iran’s top nuclear negotiator that the nuclear negotiations between Iran and the UN Security Council have made Iran more secure. Rather, Jaffari praised Iran’s defensive and military capabilities, which he said have allowed the nuclear negotiators to operate from a position of strength.

After a meeting of the top officials of the armed forces, Jaffari told reporters, “The strength of our diplomacy in the nuclear negotiations is indebted to the inspiration of the Islamic Revolution and the defensive and security powers of our system.”

While Jaffari did not address anyone by name, it was clear he was responding to a Dec. 2 speech by head negotiator Mohammad Javad Zarif at Allamah Tabatabei University, where he said, “I maintain that as a result of these negotiations, it is Iran that has become more secure.”

Zarif said, “No one can beat the war drums against Iran anymore,” adding that plans to create “a hostile atmosphere against Iran have collapsed and the world understands that they can reach an understanding with Iran based on respect, dialogue and mutual understanding and common interests.”

Zarif’s comments about Iran becoming more secure made headlines across the Iranian media. For the Revolutionary Guard and Jaffari, however, Iran’s own military abilities and the approach of its leaders are the primary source of Iran’s security and enable the negotiators to conduct effective diplomacy.

“Our security is indebted to the philosophy of the leaders of our Islamic Revolution, Imam [Ruhollah] Khomeini and Imam [Ali] Khamenei,” Jaffari said of Iran’s former and current supreme leaders.

Rather than crediting the recent negotiations pursued by Zarif since President Hassan Rouhani took office in August 2013 for Iran’s security progress, Jaffari said, “Years before, we had already become a great power with deterrent abilities, and all of the components of our power have been strengthened considerably.”

Jaffari said that the strength of the system has been “transferred” to Iran's diplomacy, which has allowed the negotiators “with the massive support of the Islamic Revolution and military and defensive abilities to resist against the excessive demands of the arrogant powers.”

Jaffari continued, “Without a doubt, the confidence of our negotiators stems from the defensive and military power that has been officially recognized.”

On the confrontation between the United States and Iran, Jaffari said, “America’s abilities are not able to expand beyond this … and there is no path for America but to accept the real power of the Islamic Revolution.”

Jaffari wished success for Iran’s negotiators and added, “The officials of the Foreign Ministry should not miscalculate, and pursue resistance and perseverance of the achievements of the Islamic Revolution and the blood of thousands of martyrs.”