Iraqi Prime Minister Haider al-Abadi's efforts to reform the security and military institutions are necessary to eliminate corruption but not enough to restore Iraq’s security. 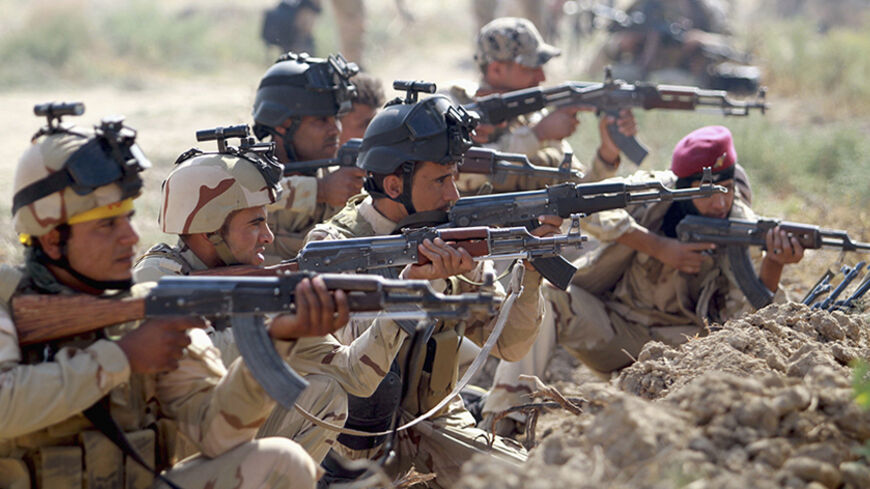 Talk of reforming the military and security institutions is no longer internal to Iraq, but is now an international demand that has attracted the attention of US Secretary of State John Kerry and French President Francois Hollande. It has also been mentioned by retired Gen. John Allen, the coordinator of the international coalition against the Islamic State (IS).

This need is championed by Sunni political figures, particularly parliament Speaker Salim al-Jabouri. Security and military reforms also figure prominently in the demands of Shiite politicians such as Ammar al-Hakim and Muqtada al-Sadr. The supreme religious authority, Grand Ayatollah Ali al-Sistani, has also called for reform and considers the move a necessary step.

All of these examples suggest that the Iraqi military and security institutions need genuine, well-examined and systematic reform that is agreed upon by Iraqis, despite the differences over the possible methods.

Prime Minister Haider al-Abadi has already begun making a series of changes in the two institutions, by removing and excluding a number of commanders and appointing others. This move has received unprecedented local and international support.

According to some security experts, it seems logical to begin the reform process by replacing security and military commanders, but it should also include the institutions’ bases. The crisis in Iraq's military and security institutions is not attributable only to the leadership, but also to the structure of the two institutions. These structures — in which corruption, decline and poor planning and implementation prevail — is linked to the poor performance of these institutions after 2003, and to the defects in the standards prior to this date.

It is worth mentioning that there was also talk about corruption in these two institutions under Saddam Hussein's regime, which was complicit in the corruption, especially in the 1990s.

Retired Gen. Hazem al-Douri admitted as much to Al-Monitor. He recognized that the phenomenon of “ghost soldiers” (those who bribe officers to avoid showing up at their units) is widespread after Saddam’s regime turned a blind eye to bribery and blackmail in security institutions.

Douri said, “As professional officers, we were not happy. … That was a severe blow, the results of which were seen in 2003; the Iraqi army’s collapse and the fall of Saddam’s regime following the liberation of Kuwait and the economic siege, the army’s morale weakened and corruption spread within this institution. Yet, the army had enjoyed some degree of control over itself before 2003, based on a long tradition, and this is what the [current] army — which was established after 2003 — lacks. I am afraid that the armies that will be established in Iraq after 2014 will suffer from a lack of control as well.”

Douri was referring to the formation of the National Guard, the “popular mobilization” and the “Sahwa forces,” under official auspices. These formations were the product of the weak Iraqi army and security forces.

Iraqi Police Lt. Col. Hussein al-Kaabi told Al-Monitor, “The current Iraqi police force is an extension of the former regime’s police, with different commanders and officers. The philosophy, laws, mechanisms and use of torture as the easiest way to extract confessions are inherited practices that prevail within the institution.”

Kaabi’s statement points to a crucial issue: The replacement of former army and police commanders and officers did not lead to the reform of the military and security institutions, which have maintained their work methods — although their re-establishment after 2003 was under the control, supervision and training of US forces and security advisers.

In fact, the replacement of commanders is important but not imperative to achieve reform, which may be brought about through addressing the structural defects of the security and military institutions and by identifying the essence of the crisis and preparing short, medium and long-term plans that include reforms. These reforms should take on the laws under which security institutions operate and the rules by which the members and officers are selected and trained, including rehabilitation and development standards.

Drafting a clear road map that would eliminate corruption is possible today, as the Iraqi government headed by Abadi becomes serious in moving forward. The road to reform may start with the replacement of some of the security commanders, but it will not certainly end there. Iraq needs its own road map to restore its security and the strength of its military and security forces.