Controversial comments by an Iranian sociologist have shed light on his views about the relationship between the Iranian people and their government. 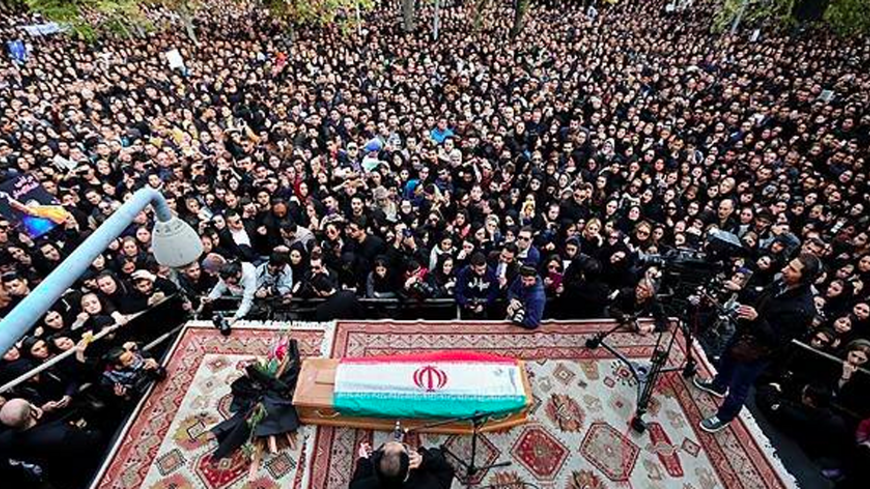 When Iranian pop singer Morteza Pashaei, 30, succumbed to cancer mid-November, thousands of people attended his funeral, which was hailed as the biggest gathering of Iranians since the 2009 post-election protests.

The New York Times’ Tehran correspondent, Thomas Erdbrink, wrote that “the authorities were caught off guard” by the number of mourners for Pashaei’s fuenral. In an article in Iranian newspaper Shargh Daily, Sadra Mohaghegh wrote that Pashaei’s death sparked debate and analysis online among journalists and academics all asking the same question, “How could a singer we hardly knew be this popular?”

One of the more interesting points presented by Mohaghegh was that many believed that there was a significant distance between “intellectuals” of society and the general public. Perhaps in an attempt to bridge this gap, on Dec 9, a university in Tehran invited a panel of professors to discuss “the cultural phenomenology of a death” to discuss the passing of Pashaei from a sociological perspective. However, controversial comments by sociologist Yousef Abazari not only reignited the debate on Persian language social media, but raised important points about the relationship between the people and their government.

In the 26-minute audio file online, Abazari called Pashaei a “trite” musician and said that pop was one the “lowest” forms of music and after a verbal yelling match with a female audience member who defended her right to listen to his music, Abazari said that he was “happy to insult” the people who liked his music and added, “I'm the person who is saying the people are fools.”

While the quarrel was fodder for social media, two major points lost were Abazari’s comments about the “depoliticization” of Iranian society and the concept of “fear” between the people and the government.

In discussing why it is that Iranian society has fallen into such a “bankruptcy” to make a hero out of Pashaei and how even state television covered the funeral with support, Abazari said that this phenomenon has to do with the “structure” of Iranian society and government, which is meant to push the “depoliticization” of society. He compared it to the same phenomenon introducing athletes and popular figures into politics to push politicians out.

He added that the government uses an event like this to become closer to a depoliticizied society and that the people too use this event to become closer “with an aggressor.” As an example, Abazari said that when President Hassan Rouhani attends conferences and when asked a political question, he repeats the same statements he has made before and the people still clap for him. Abazari called this form of clapping and response a type of ritual, and while he was careful to clarify that he didn’t believe Rouhani was a fascist, he said that repetition is an attribute of fascists and that his administration was promoting pop artists to depoliticize society.

Abazari said that an artist either tells the truth or tells a lie and that Pashaei was telling a lie. He concluded that the “ridiculous” phenomenon of Pashaei was the result of a depoliticized society and a government joining hands.