Harvard researcher harassed after speaking out against AKP

Turkish expatriates criticizing members of government online and in other public forums are being attacked in campaigns apparently intended to silence them. 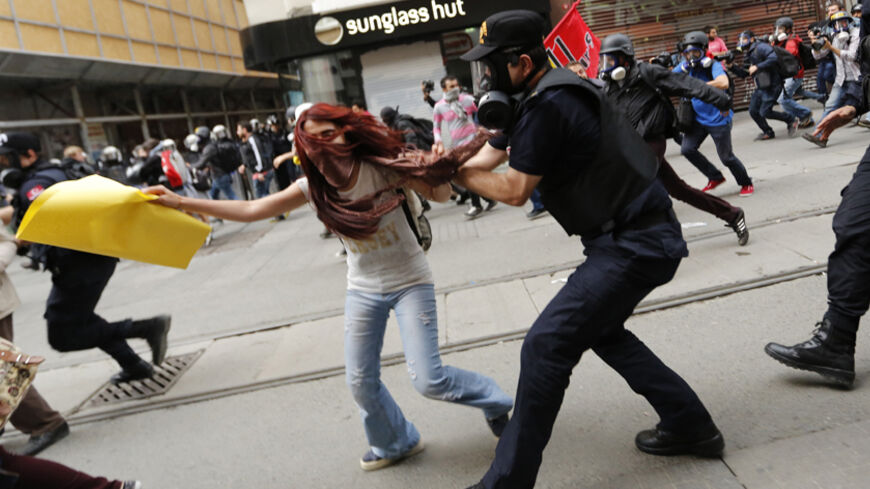 On May 31, then-Turkish President Abdullah Gul visited Harvard University. The event coincided with the one-year anniversary of the Gezi Park protests. Emrah Altindis, a research fellow at Harvard Medical School, dared to remind Gul of the anniversary and asked whether he was embarrassed to be the president of Turkey. He said, “How do you sleep at night when your prime minister [Recep Tayyip Erdogan] declared a 14-year-old child [referring to Berkin Elvan] a terrorist? You have blood dripping from your hands.” Gul responded with visible disdain, saying, “Nobody will give you permission to ask such questions,” as he went on to explain how Altindis was blowing things out of proportion.

In early June, Altindis told Al-Monitor that he was aware that he would not have been allowed to complete such a sentence had the event been held in Turkey. The reactions were mixed, with overwhelming public support for his courage and the expected rage from anonymous, pro-government social media stalwarts. At the time, everyone thought the matter would blow over, but that was incorrect.

On Nov. 10, news arrived that Altindis had thereafter become a victim of libel. He told Al-Monitor, “On 17 July, a 19-page email was sent to all my department members at Harvard claiming that I was a member of the Revolutionary People’s Liberation Party Front.” The group, designated by the US State Department as a foreign terrorist organization, was responsible for the attack on the US Embassy in Ankara on Jan. 31, 2013. Altindis explained that the email also told his colleagues that they as well as their families were at risk. It was not an allegation that could be ignored.

Altindis is only now sharing the news, because a police investigation has cleared him of any suspicion. Who sent the email has not yet been determined, but the IP address is from Ankara. When Al-Monitor asked Altindis whether he had contacted Turkish authorities, he said, “No, not yet.” Since June, he has been the target of systematic virtual attacks, which has become the norm for vocal critics of the Justice and Development Party (AKP). Altindis does not know who the perpetrator or perpetrators might be.

Oray Egin, an outspoken journalist who lives in New York, told Al-Monitor, “First of all I would like to point out that the modus operandi of the Harvard case screams Gulen movement. While there is no substantial evidence to prove it, similar tactics can be traced back to the Sledgehammer days, when then-Harvard professor Dani Rodrik and his wife, Pinar Dogan, were targets of such a defamation campaign because of their meticulous expose of what a sham the case was. I believe Erdogan’s supporters outsource international defamation campaigns because they themselves lack the intellectual capacity.”

Egin has faced his share of trials and tribulations as a dissident voice against the AKP regime and courageously and candidly discussed them with Al-Monitor when asked about them. Al-Monitor contacted several other high-profile people, most of whom were eager to share their experiences over coffee but not willing to go on the record. Egin stands out as a young professional whose distress at this point might lead to the voluntary end to his journalism career.

“I am to the point of frustration with Turkey that I am seriously considering giving up journalism for Turkish publications. I’m too tired and feel my energy has drained dealing with the mundane intolerance of article subjects. Even a popular TV show host, of a show similar to Ryan Seacrest's in the US, wants my arrest. He repeatedly sues me and wants me tried in a criminal court! He has the audacity to silence a journalist because he is a good friend of Erdogan, and just like Erdogan, he feels immune to criticism,” Egin sain. He recently published his fears of being arrested upon returning to Turkey.

He further elaborated his concerns, stating, “After a large wave of arrests in 2011, I must admit I was scared. I know that all my communications are monitored, and they can be leaked in the future, as they were leaked before. My phone was illegally wiretapped, and my email was monitored by Gulenists — at least, that is the government’s claim now that the alliance is broken. However, I have no faith in either. I know that Turkey has never been a free country and never will. I can be a target anytime. I criticized the police arresting Ivan Watson [a CNN reporter], so the police want my arrest too! They filed a complaint, which turned into a criminal court case. All because of one tweet!”

On June 7, 2013, after watching footage of the Gezi protests from the United States, three tech geeks started a crowdsourcing online fundraising campaign to take out an advertisement supporting the demonstration. In just 36 hours, 2,653 donors had contributed, generating $85,000, a record for such campaigns. Their ad was simple yet strong and achieved the goal of raising awareness of the Gezi protests worldwide. Erdogan referred to the three young organizers and The New York Times, where the ad appeared, as an “interest lobby,” and pro-AKP media immediately initiated a campaign about the mysterious forces generating anti-Turkish sentiment abroad.

Al-Monitor asked Oltac Unsal, one of the three men, about his experiences after the ad ran. Unsal said he has been subjected to a variety of pressures: “First are the online, anonymous threats and insults. Second, being labeled an agent of a foreign entity working against Turkey. Third is the fear and concern of being under constant government surveillance. Even if rationally you know it is not likely, there is still that fear. Last, quite real economic pressure. Turkish businesses do not want to be associated with you because you might be on a blacklist. I returned to Turkey as a patriot after 23 years abroad despite all the nonsense. Now the country is experiencing a considerable brain drain. And who will be hurting from this?”

Many dissident expats fear surveillance abroad, possible defamation of character, loss of their jobs and reputation and arrest and possible physical threats upon returning to Turkey. Vague anti-terrorism laws could cost an individual years of struggle with the authorities. Are the expats' family members left behind in Turkey also at risk? Could they be made to pay for the actions of their dissident relative?

Arzu Kaya Uranli, a prominent journalist from New York, told Al-Monitor that while working on a piece about academic freedom in Turkey, several Turkish academicians residing in the United States told her, “I would love to share with you my experiences, but if I do, I fear there will be negative consequences for my immediate family back in Turkey. I cannot risk them.”

There are quite a few untold stories of victims who fear that having their experiences mentioned in a publication might unleash further online harassment or defamation. Several expat journalists and businesspeople also complained that they were not allowed to attend events where Turkish government officials would be present. Not all of these people are activists. Some are blacklisted due to guilt by association.

Living abroad in countries where freedom of speech is protected does not shield one from being prosecuted for legitimate peaceful activities back in Turkey or ensure that one will not become a victim of defamation. Another interesting aspect of these attacks on dissident expats is the absence of an organized Turkish organization willing to take a stand against the current government in Turkey or its practices, like the Europe-based Muslim Brotherhood expressed its opposition to the regime of Hosni Mubarak in Egypt from a distance. All the people interviewed here are individuals who view themselves as patriots who are simply exercising their freedom of speech. One wonders why they do not stand united to ease the impact of arbitrary attacks rather than suffering alone.