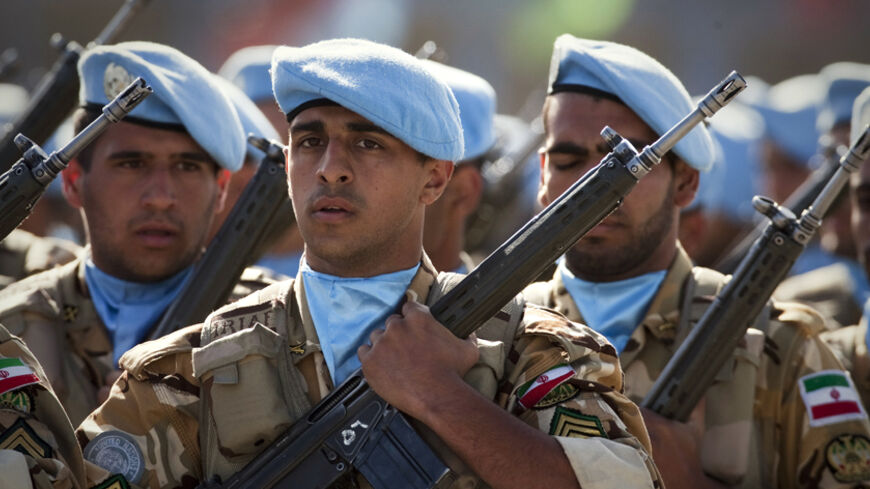 He did not elaborate on any specifics, but encouraged the students to “elevate Iran’s military organization” by taking advantage of the country’s scientific abilities.

A number of Iranian officials have touted Iran’s military capabilities recently. Last week, Iran introduced its own version of the US RQ-170 drone that landed inside Iran in December 2011 while on a reconnaissance flight in eastern Iran.

Gen. Amir Ali Hajizadeh, commander of the Islamic Revolutionary Guard Corps (IRGC) Aerospace Force, said during a televised interview, “From the time the American RQ-170 was taken to the time the Iranian RQ-170 took flight, less than three years passed, and during this time, dozens of projects were introduced and one of these projects was the building and reverse engineering of RQ-170.”

Hajizadeh said that there are plans to introduce at least four more of these drones by the end of the Iranian calendar year in March. He taunted the United States, saying that with the flight of the Iranian RQ-170, “The partial heart attack they had three years ago has been completed.”

When asked if he would respect President Barack Obama’s request to return the US drone, Hajizadeh said, “The American RQ-170 is a spoil [of war] and naturally, we cannot return that. But if the sanctions are removed, we will give them an Iranian version.”

He added that despite US claims that Iran would not be able to reverse engineer the RQ-170 or use the information stored in it, “Iranian experts and specialists were able to do all of this.”

Raja News reported that the IRGC’s aerospace achievements are not recognized in the Iranian media even though the “air and missile industry have reached a milestone.”

The article quoted IRGC public relations head Gen. Ramazan Sharif, who said that projects late engineer Hassan Tehrani Moghaddam had been experimenting on three years ago are now coming to fruition. He said that Tehrani Moghaddam “made our remote enemies accessible.”

Tehrani Moghaddam, known as the father of Iran’s ballistic program, died in a November 2011 explosion along with 16 others. According to Raja News, one of Tehrani Moghaddam's main projects was a missile to send a satellite into orbit.

by Haitham EL-TABEI with AFP correspondents in the Middle East | AFP | May 17, 2022
END_OF_DOCUMENT_TOKEN_TO_BE_REPLACED