Iranian official: US 'wants everything' in nuclear deal

The US-Iranian nuclear talks in Oman have provoked different reactions in Tehran, with some hoping for the success of the talks and others predicting imminent failure. 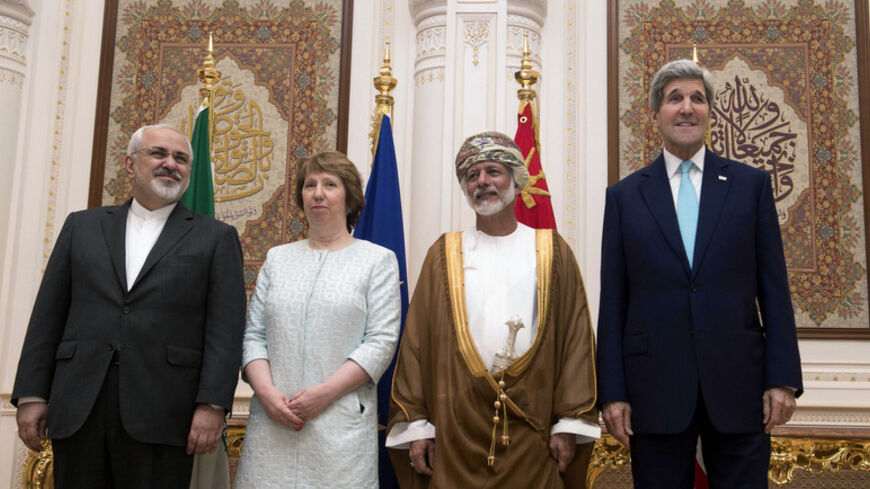 “Will it work this time?” asks my taxi driver in Tehran. He’s not the only one asking about the fate of the nuclear talks between Iran and the P5+1. Everyone in this city wants to see the end of the tunnel. Yet, there are those who want to see the light and others who prefer to not see anything.

“A deal with the US will have a negative impact on the future of the Islamic revolution,” Majid, a law student, tells me. “We know their ways — they did it with the USSR, and now they are looking to use it with Iran.” This conservative student is just as concerned and suspicious about a nuclear deal with the United States as some of his colleagues are hopeful for a happy ending. Ali, another university student, who calls himself a religious man, says there’s a need for consensus. "We need to engage with the world," he says. "We need to try this alternative. Iran is a great country, but it’s not easy to continue this way."

During my visit to Tehran, I met a senior parliamentary official at Iran’s parliament. Iran’s policies may seem like a maze, but the parliamentary building is even more so. At his office, the official told me that the talks in Oman weren’t positive. "Nothing was achieved," he said. "The details that were discussed are very sensitive, and nobody was ready to give such sacrifices. Let’s hope in Vienna something can be done.” Yet, the official emphasized that “everything is possible in the coming round, though it’s likely that the talks are going to be extended.” The official explained the main problem: “They want Iran to limit the quantity of enriched uranium, and they refuse at the same time to terminate the sanctions on Iran. It’s like they want everything and refuse to give anything.”

Who are the winners and losers in the case of a deal or no deal? I posed this question to seasoned Iranian journalist Emad Abshenas, the former editor-in-chief of Iran Daily, an English-language newspaper published in Tehran. “It depends on the deal,” he said. “If they reach a deal that will release blocked Iranian assets and end the sanctions, then the moderates, Reformists and those in favor of getting closer to the West are going to be winners. If none of the above is achieved, then right-wing conservatives and those who are against negotiations and normalization with the US and the West would prevail.”

He added, “There’s also another group that doesn’t want a deal: those gaining billions of dollars by going around the sanctions and laundering Iranian assets. By the way, those [individuals] are extremely powerful politically and economically.”

Though Iran's political wings have different points of view, these disagreements are not always related to the principles themselves. Many are eagerly anticipating the failure of President Hassan Rouhani and Foreign Minister Mohammad Javad Zarif at what is seen as their main task. Such a failure on the threshold of the 2015 parliamentary elections would figure large in the defeat of the moderate bloc. It might even be a deciding factor in whether Rouhani could win another term. Rouhani's defeat could mean a possible return of former President Mahmoud Ahmadinejad or maybe someone like Saeed Jalili, the former secretary of national security. The failure of Rouhani’s team could mean a return to the era of tension between Washington and Tehran. But today’s Iran has changed since Rouhani's election.

Today’s Iran has laid the foundations for its role as a strong regional power by investing militarily and politically in several countries in the region. The Houthis in Yemen are just steps away from the "Bab al-Mandab" strait. Meanwhile, in Iraq, Col. Qasem Soleimani, commander of the Revolutionary Guard’s Quds Force, has been photographed throughout the country. Though some view these photographs as overblown, they are a clear declaration by Iran that it has a strong military presence in Iraq. These exaggerated photos might be part of Tehran's message to Washington that it’s filling the vacuum. In Syria and Lebanon, there’s no need to explain how effective the Iranians and their allies have been. Hezbollah alone is seen as a semi-regional power, given its role in Syria and alleged roles in Iraq and Yemen.

A deal or no deal might be the question for many Iranians and Americans, but as the nuclear talks continue, the Islamic State, led by self-styled caliph Abu Bakr al-Baghdadi, is growing larger. The group even has plans to issue its own currency — an indication that it is not going away any time soon.