As Iranian officials demand that all sanctions be dropped in a nuclear deal, one Iranian economic analyst explains why this is unlikely and how poorly the complex issue is understood in Iran. 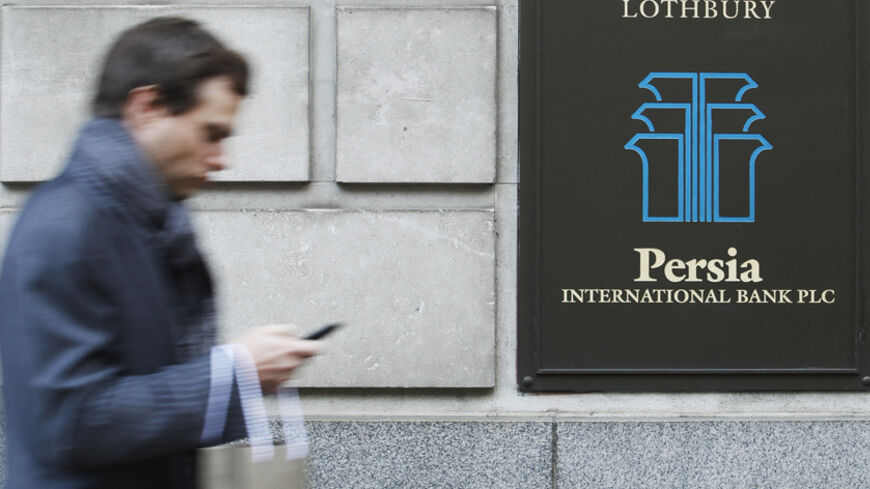 One of the key demands of Iranian negotiators and officials in the nuclear talks with the five permanent members of the UN Security Council plus Germany (P5+1) is the removal of international sanctions on Iran over its nuclear program. As the Nov. 24 deadline approaches, various Iranian officials have reiterated this point, without specifying which sanctions or in what manner the complex rules should be removed.

Whether Iran and the P5+1 are heading toward another extension or if a final deal is agreed upon, the immediate removal of all sanctions is unlikely and according to conservative Iranian economic analyst Massoud Barati, the complexity of sanctions is not commonly understood in Iran.

In an interview with conservative Tasnim News Agency, Barati said, “To analyze the negotiations, you first have to understand the international sanctions and their structure and then go to the negotiation table with the Western side.”

According to Barati, when Iran signed the interim nuclear deal in Geneva in November 2013, under which Iran reduced its nuclear activity in return for a partial decrease in sanctions and the release of blocked money, it “did not understand the structure of the negotiations well” and thought of itself “as the winner.” He said that Iran did not receive appropriate compensation for the concessions it made.

“We have to separate the sanctions that have been imposed on Iran and see which ones are related the nuclear program,” Barati said, explaining that no one has presented and clarified the exact details of the sanctions against Iran. He added that in “the sanctions that the US Congress passed in 2011, the US mentioned every problem it had with Iran. It even mentioned the three Americans who have been arrested inside Iranian borders.”

He said, “Our negotiation team has to demand of the Western side: Which one of these international sanctions is related to nuclear energy?”

Barati said that by Nov. 24, the status of the sanctions on Iran’s oil and the Central Bank should be addressed, adding, “All the sanctions against Iran’s Central Bank have to be removed; otherwise, no one will take the risk of conducting business with Iran.” He said that the US strategy of making doing business with Iran risky and “punishing” those that do brought about a medicine crisis, because no one wanted to deal with Iran’s banks.

Barati said that if the sanctions on Iran’s oil and banks are not removed, “there will be no achievements.”

While Barati and conservative Tasnim take a hard line with respect to the nuclear negotiations, it’s noteworthy that they attempted to shed light on an issue that is rarely discussed in such detail. Very few media outlets attempt to differentiate between the various sanctions. Many officials make statements about the removal of sanctions but rarely discuss which sanctions they want removed. Iran has been under various sanctions for nearly 35 years. Many of the most severe restrictions were imposed by UN Security Council resolutions and unilateral US sanctions passed in recent years.