President Hassan Rouhani has had a contentious relationship with his conservative parliament, and steps to form a moderate faction have been slow. 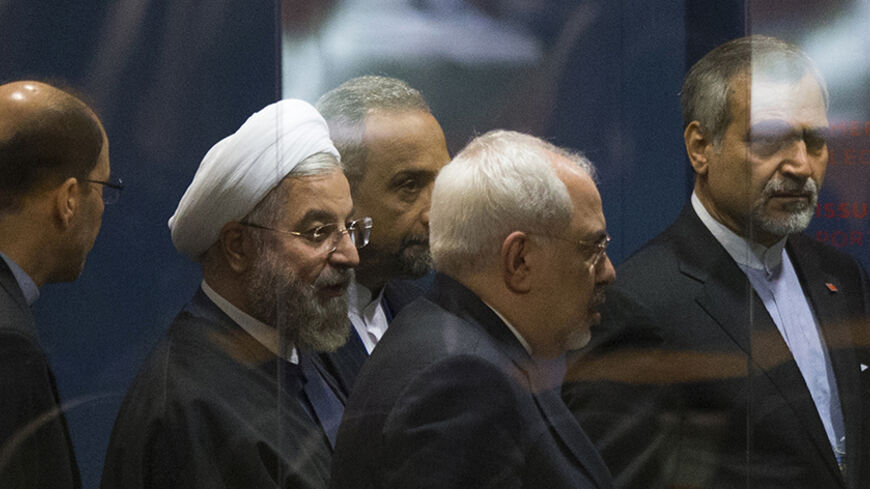 Iranian President Hassan Rouhani is surrounded by security while commuting to meetings on the sidelines of the UN General Assembly in New York, Sept. 25, 2014. - REUTERS/Adrees Latif 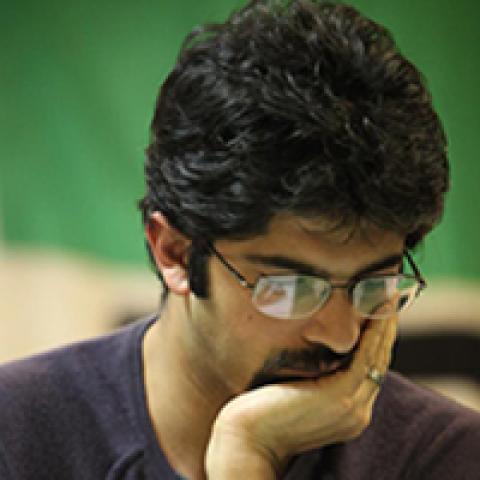 It has been more than a year since President Hassan Rouhani’s administration came to power and now there is more talk than ever before about forming a moderate pro-administration faction in the parliament. This issue has become more serious following the events of the last few months, including the science minister's impeachment. Rouhani’s fourth nomination for science minister failed to receive a vote of confidence from parliament and there has been constant questioning and summoning of different members of Rouhani’s Cabinet.

It appears that whenever there is tension between the parliament and the administration, certain parliament members remind the administration that such a parliamentary faction is needed. But it also appears that serious opposition has prevented the moderate faction from forming. In addition to people like House Speaker Ali Larijani and Ahmad Tavakoli, an influential Principlist parliamentarian, even some who have close ties with the Reformists, such as Kamal Pirmoazen, oppose the idea of forming such a faction.

The Iranian Parliament has 290 members, primarily of two factions: Principlists and the Followers of the Leader (Rahrovan-e Velayat). The Followers of the Leader faction is parliament's largest, with an estimated 170 members. The members of this faction, with whom Larijani has close ties, view Rouhani’s administration positively. The Principlist faction is the second largest, with about 100 members. Members of this faction oppose Rouhani’s administration and some of them support former President Mahmoud Ahmadinejad.

This is where it gets tricky, however. The Followers of the Leader faction, headed by Larijani, supports Rouhani’s economic and diplomatic policies. But members of this faction, along with the Principlists, oppose the administration when it comes to domestic, cultural and sometimes social issues. This is why Abed Fattahi, a parliamentarian who supports the idea of the faction, said, “Given the contradictory action of the members of the Followers of the Leader, we have no choice but to form the moderate faction.”

One told Al-Monitor on condition of anonymity, "Right now, a lot of the parliamentary attacks on the administration are being managed by the members of the Followers of the Leader faction. They were directly involved in the process of giving 'yellow cards' to the administration.” He added, "The leaders of this faction are not honest in their dealings with the administration."

There are many obstacles to forming a new faction, and just as many theories explaining why it can’t happen. Larijani, as the speaker of the house, is one of the more influential figures who opposes the idea. He said that it will not be helpful for the administration because “when people take up a label, their words become less influential."

Tavakoli had opined, “Forming the moderate faction will empower the radicals.” Even Pirmoazen, who has close ties with the Reformists, tried to throw cold water on this idea by arguing, “The administration also opposes the idea of forming this faction.”

A supporter of the moderate faction told Al-Monitor on condition of anonymity that there was pressure not only from inside the parliament, but, “We are dealing with outside pressure as well.” Some believe that figures within the Rouhani administration are working against this idea from behind the scenes, worried that it will create an alliance between members of the Resistance Front, which supports Ahmadinejad, and other Principlists in the parliament.

There are also different theories as to how much support this faction can gather. Parliament member Ebrahim Nekoo had reported that about 140 parliamentarians are interested in joining the moderate faction.

Seyed Nasser Mousavi Lareghani, who supports the idea, said that the new faction will have about 100 members. A Reformist told the Mehr News Agency that he expected it to attract 80-100 members.

Even if these numbers are optimistic, they can help turn around a very active parliament. According to the first three months' parliamentary observation reports (here, here and here), during the first nine months of Rouhani’s presidency, parliamentarians have issued 3,400 warnings to the president and his ministers.

Faraji-Dana was impeached and removed from his position on Aug. 20. There are, however, reports about other ministers possibly facing impeachment as well. Jannati is the most likely candidate for impeachment but there are rumors that the parliament plans to impeach Nematzadeh and Fani.

There have been talks regarding the possibility of forming the Moderate faction ever since Rouhani took office in August 2013. These talks became more serious, though, when Faraji-Dana was impeached for appointing individuals who had participated in the 2009 protests to various positions within the ministry and removed certain conservative university chancellors from their positions. He was impeached with 145 votes in favor and 110 against, with 15 abstentions.

This impeachment was successful only because the members of the Followers of the Leader faction supported it.

On Nov. 18, Rouhani’s fourth nomination for the Science Ministry failed to receive a vote of confidence at 170-70, with 16 abstentions. Some pro-administration parliament members who talked to Al-Monitor conceded that that although the faction would unify the parliament's Principlists against the administration, not forming it would mean that the current situation will continue, which in turn means that the parliament will continue to pressure the administration and possibly prevent it from fulfilling any of its promises, weakening the Reformist and Moderate base ahead of the 2016 elections.

If this were to happen, it would diminish any chance of Rouhani implementing any serious reforms or carrying out his policies throughout the end of his term. 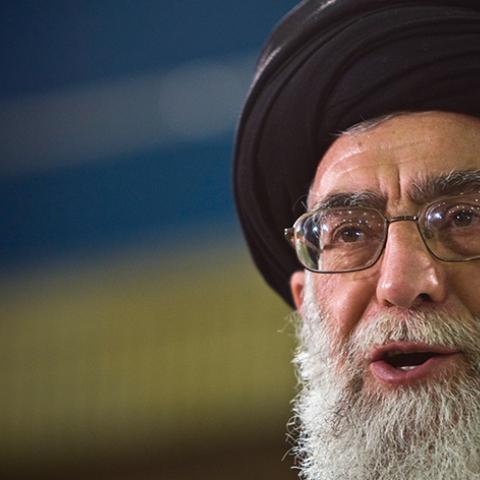 How will Iran ratify the deal? 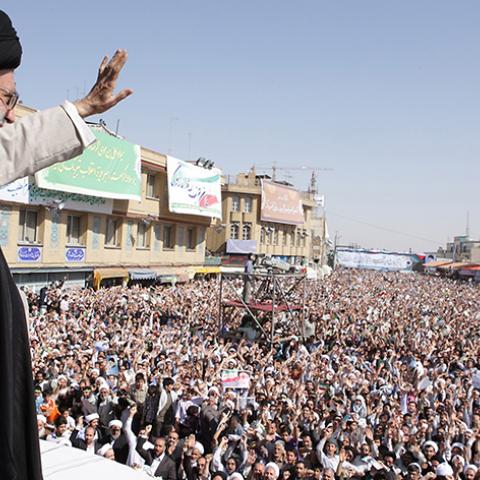