How Turkey repeated US mistakes in Afghanistan 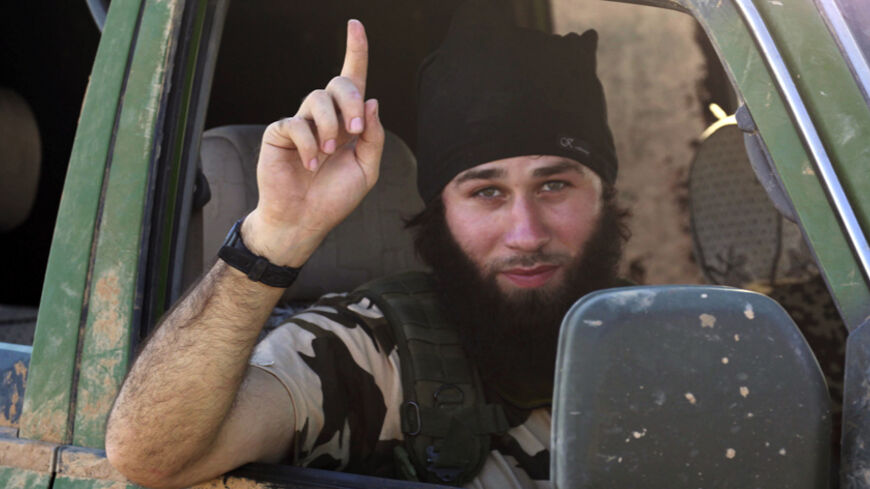 An Islamic State (IS) fighter gestures from a vehicle in the countryside of the Syrian Kurdish town of Kobani, after IS fighters took control of the area, Oct. 7, 2014. - REUTERS

“The US green belt project” is a notion that Turkish intellectuals, especially leftists, keep harping on when it comes to political Islam. What they mean by it is the US support for certain Islamist groups and regimes against the Soviet threat during the Cold War, mainly the mujahedeen who resisted the Red Army’s invasion of Afghanistan in the 1980s. In stark contrast to the negative image of today’s jihadists, the United States saw the mujahedeen as “freedom fighters” battling Soviet oppression and lent them support. ("Rambo III" is worth watching as Hollywood’s rendition of the said perception.)

That era, however, came to an end with the Soviet Union’s withdrawal and the ensuing disintegration of Afghanistan. The mujahedeen believed they on their own had led the great USSR to collapse, and some got the idea they could bring the other superpower to its knees as well. This is how the ground for al-Qaeda was laid.

In short, US policy in the 1980s, which focused exclusively on the USSR, or the “evil empire” as President Ronald Reagan called it, backfired in the ensuing years. Washington failed to calculate that the mujahedeen it beefed up could one day turn against it. It was a typical case of “unintended consequences,” a rule often overlooked in politics.

Yet, conspiracy-prone minds tend to believe “unintended consequences” are actually intended and even diligently planned. That’s why Turkish conspiracy theorists obsessed with the “green belt project” insist seeing al-Qaeda as an “American puppet.”

Now, let’s turn to Turkey, for the issue is closely related to Turkey as well. How? The outcome the United States faced in Afghanistan has befallen Turkey in Syria. Some of the mujahedeen Turkey backed as “freedom fighters” against Syrian President Bashar al-Assad’s “evil empire” have devolved into an “unintended consequence” of a major threat.

What I mean here is the so-called Islamic State (IS). But unlike Turkey's anti-government conspiracy theorists, I don’t think the organization is a “sub-contractor” deliberately created, armed and aided by Ankara. On the contrary, I believe Ankara has been growing increasingly aware of the IS threat since the summer of 2013. Today, Ankara sees IS as a threat, but is also confused by its continuing preoccupation with the Assad regime and the Kurdish political movement in Syria.

Yet, one thing is obvious: For the Justice and Development Party (AKP) government, the Syrian civil war was long a matter of black and white. The government’s stand against the Assad regime’s brutality and massacres was justified, but in the meantime it failed to see — or perhaps underestimated — the consequences of the growing number of fanatical jihadists joining opposition ranks. Hardly lending an ear to Western and particularly US warnings and reservations, it kept the border open to the movement of foreign fighters and looked the other way when Saudi and Qatari money flowed to various jihadist factions.

Never mind that US Vice President Joe Biden apologized to Turkish President Recep Tayyip Erdogan, the Americans have a point when they say “we told you so” regarding the jihadists. And Turkey, for its part, is perhaps right in telling the Americans, “None of this would have happened had you hit Assad in the beginning.”

In other words, the disastrous situation in Syria and Iraq speaks of myriad mistakes and “unintended consequences” on everybody’s part. Yet, if we analyze it honestly, rather than resorting to the easy way of conspiracy theories, we Turks could learn some important lessons:

In sum, Turkey’s Syrian adventure and its unintended midwifery to the IS offer important lessons for Turkish foreign policy, if we could do a rational analysis. But sadly, those lessons, like many other important issues, are lost in the fierce quarrels of Turkish commentators avowed either to glorify or vilify the government.