Moderate Muslims' quandary about IS

Both Turkey and other Muslim societies need more voices that will take extremism seriously and discredit it with serious arguments. 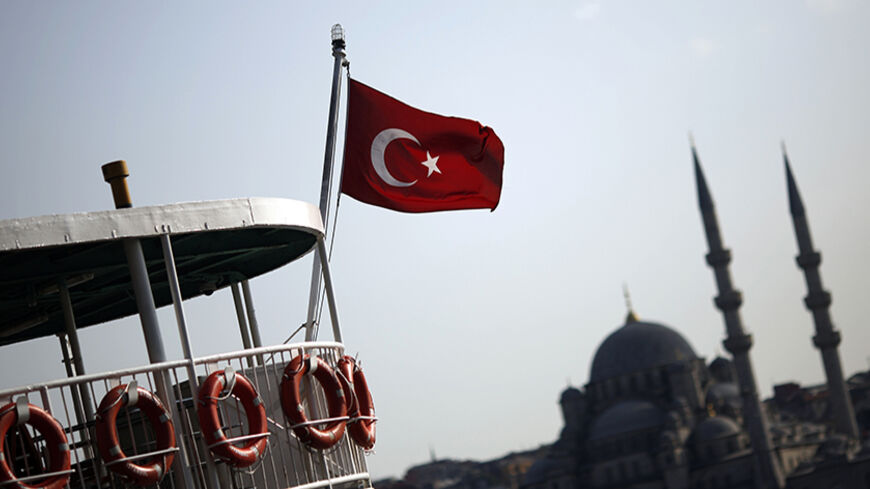 A Turkish flag flies over a passenger ferry with the Ottoman-era New Mosque in the background, in Istanbul, Aug. 20, 2014. - REUTERS/Murad Sezer

Since 9/11, one of the most frequently asked questions in the West has been, “Why don't moderate Muslims speak out against extremists?” This question was, in fact, a bit unfair. Many Muslim opinion-leaders did condemn 9/11 and other crimes of al-Qaeda and its ilk, but they did not receive much coverage in the Western media. But it is also true that the Muslim world's “moderate” majority — those who oppose terrorism in the name of Islam — could have done a better job challenging the extremists.

A similar question is relevant for the so-called Islamic State (IS) — a ruthless group whose violence has even proven too much for al-Qaeda. While many Muslim governments, from Saudi Arabia to Qatar, are now joining forces with the United States to fight against this new threat in Iraq and Syria, it is worth asking again whether there is enough outcry from religious opinion-leaders against IS.

My answer is: No, there is not enough outcry against IS by moderate Muslims. But this is not because these Muslims are sympathetic to the group's actions. Rather, they cannot accept that the horrors perpetrated by IS have anything to do with Islam. They explain the group away as a Western conspiracy and condemn the West for creating such puppets.

Turkey is a good place to observe this line of thinking. Since the Syrian civil war, both the incumbent Justice and Development Party (AKP) government and its Islamist base have supported the Syrian opposition, paying little attention to the threat of extremists that so worried Ankara’s Western allies. But, about a year ago, Ankara, too, realized that IS is a serious problem. As a result, gradually, the pro-government media began to cast IS as a threat to Turkey and the region.

However, the same media often denied that IS was a reality in itself — a group espousing a genuine Salafist-jihadist ideology. Instead, the group was portrayed as a Frankenstein intentionally created by the United States and its allies, first to “depict Muslims as terrorists,” and then to create pretexts for new military adventures in the oil-rich Middle East.

These days, pro-government papers are full of articles that advance this conspiratorial argument. Many like-minded people share “evidence” on social media for this claim, such as a photo allegedly showing US Sen. John McCain with Abu Bakr al-Baghdadi, the self-declared “caliph” of IS. In the daily Yeni Safak, a leading pro-government paper, columnist Tamer Korkmaz summarized the common view:

“The US is now using IS, which it constructed and nurtured as it did with al-Qaeda before. It is now making IS a target, to descend on Iraq and the region once again.”

A more careful observer could note that the United States, in fact, has been worried about IS and its precursor Jabhat al-Nusra for years. One could also note that the Barack Obama government is actually trying to stay out of the Middle East as much as it can, rather than conspiring to “descend on Iraq and the region once again.” But such facts are irrelevant for Turkey's conspiracy theorists. They are thinking wishfully and under the unquestionable presumption that IS is nothing but a Western puppet.

The logic behind this view, which is found not only in Turkey but the Muslim world in general, can be followed in a few steps:

In a sense, this line of conspiratorial thinking works because it keeps the moderate Muslim majority mentally at peace, but it has two negative consequences:

First, because of this line of thought, moderate Muslims do little more than condemn the West as the true source of the problem. This is perceived in the West as a lack of reaction to extremism and leads to the common question, “Why do the moderates not speak out?” It only helps feed Islamophobia, which rightly concerns the same moderate Muslims.

Second, since moderate Muslims see groups like IS as mere Western puppets, they do not develop and voice coherent rebuttals of their ideology. This allows these extremist groups to more easily infiltrate the mainstream and gain new recruits. While most of Turkey’s Islamic opinion-leaders dismiss IS as a CIA project, the group continues to recruit Turks to its violent cause, as exposed in the Newsweek article, “The Jihadi Highway.”

This does not mean that no Turks have taken IS ideology seriously or called for a serious ideological confrontation with it. Some notable pieces have been recently published, such as this, this and this. Yet, both Turkey and other Muslim societies need more voices that will take extremism seriously and discredit it with serious arguments.