Ayatollah Ali Khamenei's Eid al-Ghadeer speech revealed his concern that the coalition against the Islamic State might give Sunnis and the United States the upper hand in the region. 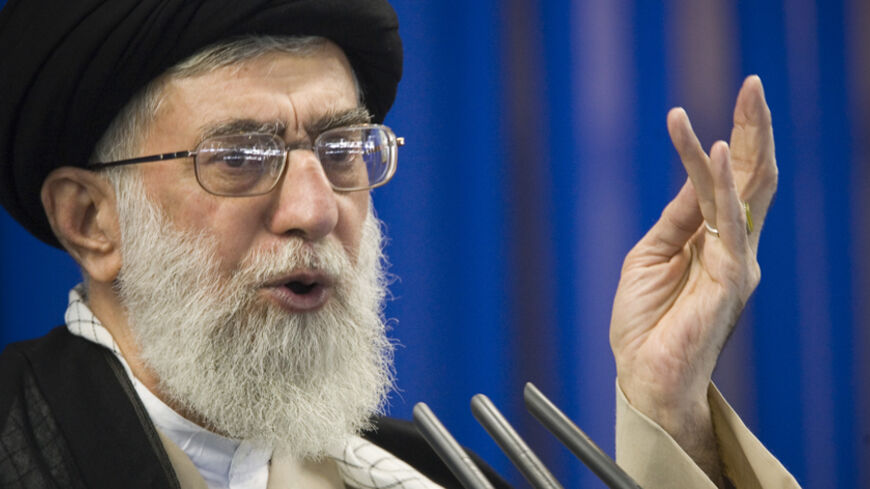 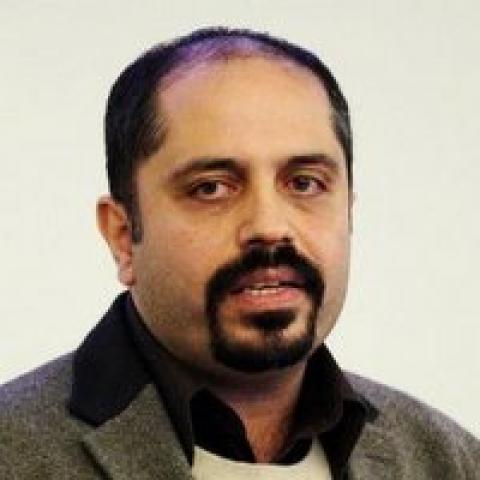 In the past few months, as the Islamic State (IS) gained control over parts of Syria and Iraq and proclaimed a caliphate, Ayatollah Ali Khamenei, supreme leader of the Islamic Republic of Iran, has made it a priority for the Iranian government to attempt to reduce tensions between Shiites and Sunnis. In an Oct. 12 Eid al-Ghadeer sermon, Khamenei emphasized the importance of unity between Shiite and Sunni Muslims and the necessity of the two major branches of Islam to avoid conflict.

High-ranking officials of the Islamic Republic have always talked about the importance of Shiite-Sunni unity and even dedicated a week each year to the issue. Their actions, however, have served to deepen the Shiite-Sunni divide, in particular their discrimination against Iranian Sunnis, including limitations on their religious activities, as well as efforts to propagate Shiism in the Middle East.

Why is it that the supreme leader at this point in time feels the need to warn against sectarian conflict in the Islamic world? In his Eid sermon, Khamenei said, “Shiites and Sunnis should not help the enemy by insulting each other’s sanctities. Anyone who fuels the Shiite-Sunni conflict is helping the United States, the Zionist regime and the evil United Kingdom, which are responsible for creating IS and al-Qaeda in the first place.”

It appears that Khamenei is worried about IS and the possibility of it inciting Iranian Sunnis who might have a tendency toward radical Islam. Another reason is that he is trying to defuse tensions to prevent Iranian Shiites from provoking the country's Sunnis. Iranian Shiites supportive of the government will likely follow the supreme leader’s instruction. Others, Shiite traditionalists inclined to publicize their opposition to the Sunnis and attack Sunni beliefs and practices, follow such Marja (religious authority) as Ayatollahs Vahid Khorasani, Seyed Sadegh Shirazi and Makarem Shirazi.

In regard to the latter, the government has imposed limitations on Sadegh Shirazi’s satellite network, and Khorasani has officially asked his followers to respect Sunni Muslims and their beliefs. Although the Velayat TV station, connected to Makarem Shirazi, at times continues to fuel the Shiite-Sunni conflict, it does not encourage violence. Therefore, Khamenei’s main concern is not the internal consequences of sectarian conflicts, although he has emphasized the importance of controlling them.

An examination of Khamenei’s evolving positions strengthens the hypothesis that this new interest in Islamic unity is a reaction to the anti-IS coalition and how it has changed the balance of power in the Middle East. In his Eid sermon, Khamenei referred to the governments of the United State and Israel as the No. 1 enemy of the Muslim world and claimed that the West is using IS to further its own goals in the Middle East.

Therefore, Khamenei sees the coalition as an obstacle to his plans for an “Islamic awakening” — Iran's term for the Arab Spring, which it views as a continuation of the 1979 revolution — and is trying to weaken it. As far as he is concerned, the Muslim world should focus on its enemies, the United States and Israel, instead of issues that divide Shiites and Sunnis or the conflict between Iran and Saudi Arabia.

Khamenei said, “The United States, the Zionist regime and that old master of divide and conquer, meaning the United Kingdom, have tried very hard to generate conflict among Muslims and have tried to stop both Shiites and Sunnis from focusing on their main enemy since the Islamic revolution. They created al-Qaeda and IS as a means of opposition to the Islamic Republic, and now they are facing the consequences of their actions.”

Khamenei wants IS to be defeated in a way that will not benefit the West. He also wants Assad to remain in power in Syria, does not want any major changes in Iraq and wants the Persian Gulf states to reconsider their regional policies. His comments regarding the importance of avoiding Shiite-Sunni conflict were meant to pave the way for him to point the finger at the United States for creating IS and to promote the idea of a unified Islamic word against it and Israel.

This new interpretation of Ghadeer-i-Khumm opens the door for radical Islamists and supporters of reviving the caliphate to move beyond the Shiite-Sunni division and work toward creating a type of government similar to the one that existed during the prophet’s lifetime. Radical Islamists, often Salafists, believe that opposing Shiites is one of their most important duties. With the exception of IS, however, no radical group has entered into an open conflict with the Islamic Republic, which has forces fighting in Iraq and Syria. These groups share temporary and tactical interests with the Islamic Republic, and Khamenei wants this shared vision to continue. He does not want the fight against IS to open the doors for al-Qaeda to restart its campaign against Iran.

On the whole, Khamenei’s comments highlight the establishment’s policy of creating a regional and political coalition in the Muslim world against the United States and Israel. If such a coalition is to be successful, the sectarian conflicts between Shiites and Sunnis must end.