Though both the Israeli and the Iranian people seem to favor de-escalation and could live with a compromise, their leaders hold the real power over negotiations. 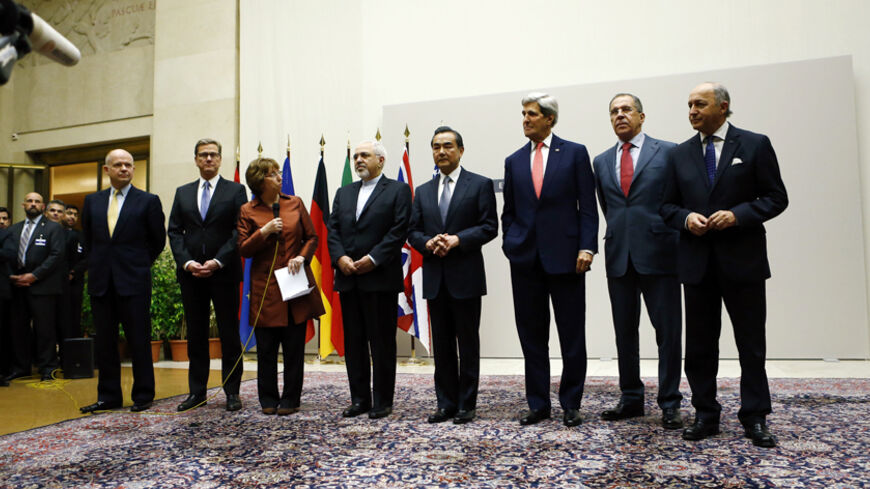 The Israeli and Iranian publics can live with what their leaders each consider a “bad” nuclear deal.

Let’s start with Israel. There, the consensus is that the offer from the five permanent members of the UN Security Council and Germany (P5+1) to Iran is similar to a deal recommended by Robert Einhorn of the Brookings Institution in Washington.

Prime Minister Benjamin Netanyahu believed that the current P5+1 offer, which if Tehran accepted would leave it with a limited enrichment capacity on its soil, would be a “bad” deal. He has in fact stated that such a deal would be “catastrophic,” despite the deal’s requirement that Iran’s nuclear facilities be placed under some of the most stringent inspections possible by the International Atomic Energy Agency.

This attitude ignores numerous estimates that if Iran accepted the P5+1 offer, it would take a minimum of six months to a year to make a weapon with the limited number of centrifuges left on its soil, if and when Supreme Leader Ayatollah Ali Khamenei decides to give the order.

Leaving Iran with limited enrichment capacity is not an ideal situation for many Israelis. Ideally, the majority of Israelis would most probably prefer that the current Iranian regime, which has repeatedly called for the elimination of Israel, be left without a nuclear program. Most would probably prefer that the current regime in Iran be toppled and replaced with a democratic government.

However, none of this is likely to happen anytime soon. It’s extremely unlikely that Iran would agree to dismantle its entire nuclear program. There is also no sign of an imminent democratic revolution in Iran.

Therefore, if the deal being proposed by the P5+1 is accepted by Iran, would the Israeli public demand war? Would it turn against its own politicians for not stopping such a deal?

The Israeli public also has other priorities. When Israelis went to the polls last time in January 2013, according to a poll conducted and published by The Times of Israel, only 12% saw Iran as the most urgent issue. The biggest group, 43%, cited economic concerns as its top priority. There is no evidence to suggest that these priorities have changed since then.

One of the most notable of these holds that an agreement must enable Iran to ultimately expand its enrichment capacity to 190,000 separative work units. This means that instead of its 9,000 current functioning centrifuges, Iran should be allowed to add approximately 180,000 next-generation centrifuges.

Therefore, anything less would be considered a “bad deal” for him.

So what would happen if Iran accepted the P5+1’s offer to recognize Iran’s right to enrich uranium on its soil in return for Iran halving the number of its operating centrifuges and agreeing to tougher inspections? Would the people of Iran revolt against their government? Would they insist their government reject such an offer at the cost of living under continued sanctions and isolation?

Highly unlikely. We have to remember that when it comes to the nuclear program, the voice and opinion of the people of Iran have a minuscule if any impact on the regime’s elite that designs the country’s nuclear strategy.

It’s not that the people of Iran don’t want to have an impact; they do. In most cases, they are prevented from doing so by the ruling elite.

There are several cases that prove this point.

First and foremost, calls for a referendum over the nuclear program have been rejected. Then there is the fact that the regime does not even allow any debate in the press, especially any that presents ideas that run counter to the establishment’s narrative regarding the nuclear program. When Tehran University professor Sadegh Zibakalam did counter the narrative by publicly stating that he does not see any benefit in Iran’s current nuclear program, he received a suspended sentence of 18 months in prison.

If the Iranian nuclear program belonged to the people of Iran, it would be they who would set the negotiations’ red lines, and not an unelected official such as Ayatollah Khamenei. But this is not the case.

If the leaders of the Islamic Republic are confident of the public’s backing when it comes to their current nuclear strategy, why do they prevent public debate? Why do they sentence to jail those who dispute their narrative? Why not allow a referendum? Iran would not be the first country to hold a referendum regarding its civilian nuclear program. The answer seems clear: Iran's leadership does not believe that it has the public’s backing for its current nuclear strategy.

Although there have been a number of polls inside Iran, including a July survey by the University of Tehran and University of Maryland that showed public support for the current nuclear strategy of the Iranian government, there is reason to be skeptical of such polls.

In Iran, people can be sentenced to jail for countering the government narrative regarding the nuclear program, especially to an unknown stranger over the phone who has their contact details. In such an atmosphere, the fear factor could affect poll results.

Hassan Rouhani was elected on the platform of improving Iran’s economy and the welfare of Iranian citizens. One of his main campaign slogans regarding the nuclear program was that not only the nuclear program but the economy should also function and thrive.

Although Iran’s economy has improved somewhat since Rouhani entered office, numerous major problems still remain. Inflation is at 20%. Subsidies have been cut. Iran’s economy is still very much suffering because of sanctions, and a historic drought is on the way that will need many billions of dollars to manage.

Much as in the Israeli public, there are no indications that the priorities of the people of Iran have changed since the last legislative elections in the country. Again, like the people of Israel, economic issues seem as if not more important than the nuclear program to the Iranian public. Both populations want the situation to de-escalate, and for their leaders to address other important domestic issues.

The people of both Iran and Israel could live with the P5+1's current offer to Iran. It’s now up to their leaders, especially the supreme leader of Iran, who has the last word on Iran's nuclear program.