Despite the Islamic arguments against alcohol, beer has long been a successful industry in majority-Muslim Egypt. 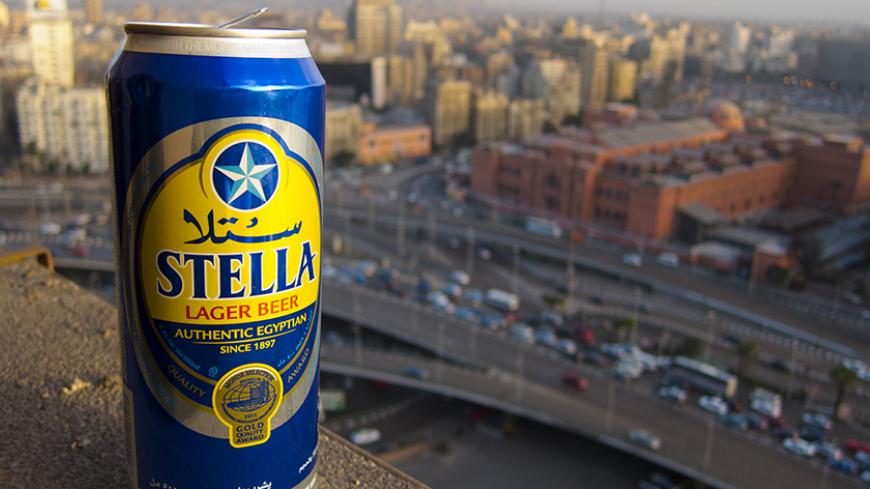 A can of Al-Ahram's Stella beer is seen on a balcony of the Ramses Hilton in Cairo in this undated photo. - Flickr/crosby_cj 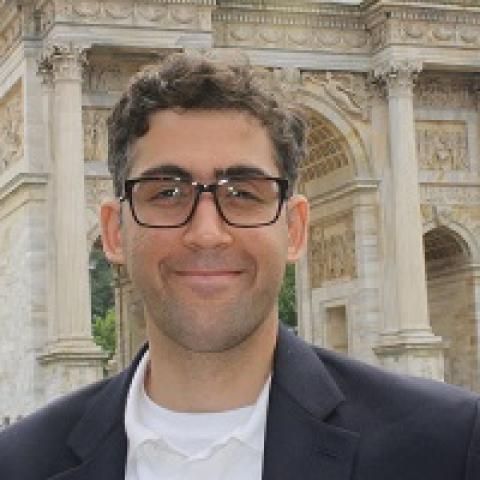 “Without a doubt, every group of people needs a distraction. For example, there’s arak in Turkey and Lebanon. We wish for beer to become the popular drink in Egypt," Ismaʿil Hafez, a Muslim Egyptian employee of of Pyramid Brewery said to then-Egyptian President Gamal Abdel Nasser in a brief conversation at the inaugural Egyptian Industrial and Agricultural Fair Jan. 3,1960. Hafez added, "It is my pleasure to inform you that it was the ancient Egyptians who first manufactured beer." Hafez was not speaking on behalf of an upstart company, but for one that had flourished in Egypt in various incarnations for more than 70 years.

This company, now called Al-Ahram (Arabic for "pyramid") Beverage Company, still exists today in Egypt, although its public visibility has diminished. While the contemporary trend of Islamic religiosity makes it hard to imagine, there was a time when a flashing sign for Stella, the company’s flagship brand, could sit atop a Cairo building.

Despite the Islamic theological arguments against alcohol, beer in majority-Muslim Egypt was an industrial product that tracked the country’s twentieth-century economic and technological development through its production, sale and management.

From its first days, the Egyptian beer industry was a transnational venture. In 1897, Belgian businessmen, attracted by the British courtship of foreign investment, founded Crown Brewery in Alexandria. A year later, the same group of entrepreneurs founded Brasserie des Pyramides (Pyramid Brewery) in Cairo. Both companies very quickly came to rely on Egyptians and long-term expatriates in executive positions and the general workforce.

Although ownership of the companies changed over the years, going from Swiss industrialists in the 1920s to French entrepreneurs in the 1930s, Dutch brewers representing Heineken in the 1940s and finally to the Egyptian government in the 1960s, the Crown and Pyramid breweries dominated the Egyptian beer market. The firms were linked from their founding, as their owners learned early on that it was easier to work together than to compete against one another, although they were not fully united until the Nasser government nationalized and conglomerated them in 1963.

Despite their close relationship, both firms were ferociously protective of their autonomy. Until the day they were nationalized, both breweries sold a beer called “Stella” with entirely different recipes — one geared primarily toward the Cairo market, the other to Alexandria.

An advertisement for Stella beer from the 1950s.

Stella as a brand came together in the 1950s, when these two major breweries decided to label their beers with the Italian word for “star.” Although the type of beer, a light lager, had been a feature of the Egyptian beer market since at least the 1920s, Stella did not reach its zenith as the beer of Egypt until after Heineken bought into both companies in 1937. Stella is still bought and sold in Egypt today, a triumph that testifies to the successful record of the Egyptian beer industry.

Heineken was not a passive investor, but used its resources as a multinational corporation to craft the best Egyptian beer it could. The company planted Heineken-trained employees throughout the management of the companies and gave control of the brewing operations to a Dutch brewmaster. It applied cutting-edge technology — including, for example, refrigeration techniques — to every step of the brewing process, which enabled the production of a consistently high-quality and remarkably uniform product. The imported brewmaster was able to breed a strain of barley perfectly suited for Egypt’s growing conditions, allowing the company to make beer using native barley, rice and water, importing only hops and yeast.

Heineken’s involvement also allowed the Crown and Pyramid breweries to stave off another entrant in the Egyptian beer industry: Nile Brewery, founded in 1951. Unfortunately for Nile, the two breweries were too established and too well funded to compete with, and the new company ended in bankruptcy and a Pyramid buyout in less than five years.

Under Heineken’s control, the beer industry in Egypt took on a hybrid identity, neither truly Egyptian nor foreign. While Heineken became ever more involved, Pyramid took on an Arabic name and both the executive level and the production of Pyramid and Crown became even more Egyptian. Men like Muhammad Ahmad Farghaly and Aziz Abaza, who came to manage Pyramid and Crown, respectively, in the 1930s and 1950s, enabled the companies to flourish during a period of “Egyptianization,” that is, the nationalist policy of increasing native Egyptian representation relative to permanent resident “foreigners.” This policy of Egyptianization, the result of new laws like the Company Law of 1947, changed the structure of the Egyptian workforce.

Heineken’s control of the company, in its guise as Al-Ahram, proved to be short lived. In 1963, the Nasser-headed government, as part of its ideology of Arab Socialism, nationalized and conglomerated the Egyptian beer enterprise. Fortunately for Stella and Egyptian beer drinkers, the government tasked Ismaʿil Omar Foda, the author’s grandfather and a Berkeley-trained microbiologist, to keep up the profitable domestic and foreign markets of the company. He worked successfully, in often less than ideal conditions, to maintain high product quality and profits until the 1980s.

In the 1980s and late 1990s, Stella hit a nadir, becoming more famous for the detritus found in its bottles than its quality. However, when enterprising Egyptian Ahmed Zayat privatized the company, he updated work practices and expanded the company’s portfolio to include nonalcoholic beverages. Heineken, seeing his good work, bought back into Al-Ahram Beverage Company in 2002.

The sustainability of the Egyptian beer industry, like everything else in Egypt’s future, remains in question. However, its long and profitable history is undeniable and attests to the popular and steady appeal of beer in Egypt since local industrial production of the beverage began in 1897.