Despite the troubled economy and stout competition from an established brand, one young Palestinian businessman convinced his family to join him in opening a new brewery in Birzeit. 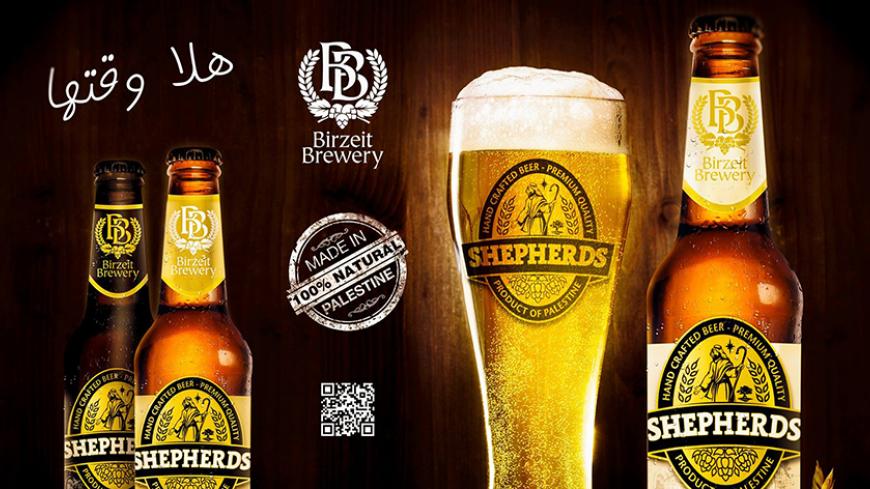 Alaa Sayej knows it's a tough time to invest in “Made in Palestine” products. Formal talks to end the Israeli occupation are dormant, while the Gaza Strip and the West Bank, the longstanding contours of a promised Palestinian state, are as divided as ever. International movements to boycott Israeli companies are growing, but for Palestinians on the ground, creating their own local alternatives remains an uphill battle.

Still, business-minded Sayej said he has just what Palestine needs: a new brewery.

The new Birzeit Brewery started selling its signature line, called Shepherds Beer, in July. The brewery was conceived, funded, owned and run by the Sayej family. They are wealthy Christians from Birzeit, a town north of Ramallah, the West Bank's political and economic center.

Sayej, the eldest of three brothers, said the idea seemed simple: Produce distinctively Palestinian beer that people can enjoy locally. “A beer a day keeps the problems away, Palestine,” goes one of the brewery’s slogans. Already, Sayej said, the brewery is gaining a legion of loyal drinkers.

It’s also a gamble against long odds, Sayej admitted. The Israeli occupation makes the movement of people and products a very costly and at times dangerous process. Birzeit Brewery must import all of its ingredients into the West Bank via Israel — and border holdups, permits and a host of other barriers have caused months of delay and cost thousands of dollars. So far, Birzeit doesn’t have the right licenses to sell outside of the West Bank, while it can be very difficult to acquire licenses to officially sell alcohol in the West Bank’s more conservative Muslim-majority cities and villages.

Birzeit also faces an already entrenched Palestinian competitor: Taybeh, Palestine's first — and until last month, only — local craft brewery. Another wealthy Christian family started Taybeh Brewery in 1994, after the signing of the Oslo Accord that put in place the current two-state solution paradigm. It was a time of hope that a Palestinian state, national beer included, would be achieved soon.

Now, more than two decades later, there's still no state, but Taybeh has become the drink of choice for expressing Palestinian solidarity — and a political litmus test of sorts for Israeli bars and customers.

Birzeit Brewery, Sayej said, hopes to distinguish itself with a fresher taste to represent a new generation of Palestinian beer drinkers and nationalist entrepreneurs.

“I try to make a difference for a new beer culture in Palestine,” Sayej said.

Sayej was a banker in the West Bank before leaving to obtain a master's degree in England, where he and an Irish friend started brewing and selling an Irish stout. After graduating, Sayej had the chance to work abroad, but chose instead to return home.

But Sayej couldn’t find work he liked. So he decided to bet on something he found worth cheering for: beer. He proposed the brewery idea to his father, a businessman and electrical engineer who previously owned a factory. Soon his two younger brothers, sisters and mother were also on board.

So far Birzeit Brewery has one line, Shepherds Beer, which includes a Czech-style blond pilsner lager, English-type amber and heavier Irish stout “with a Palestinian hint.” There’s also a rotating seasonal flavor, which right now is a summer ale. There are plans to start a nonalcoholic line — Dahab ("gold" in Arabic) — in addition to arak, wine and single-malt whisky.

The brewery now employs about 10 workers and has close to 170 wholesale accounts, though Sayej estimated 100 people are employed more generally through various parts of the process. Just in the last month, Sayej said he’s served beer for around 15 weddings and other occasions.

The brewery itself is now on land owned by Sayej’s uncle. Located down a narrow road from the Latin Church in the old city of Birzeit, it is surrounded by views of the West Bank’s coveted rolling green and rocky hills. Sayej has a vision of expanding the modest brewery to include a place for guests to buy and enjoy local food alongside their drinks.

Planning is often out of his hands. Though the beer only began flowing last month, Sayej and his family started the company in 2013. There were a host of delays: first six months to get the license from the Palestinian Authority, then negotiations about importing products from Europe and then the Gaza war, which, in addition to death and destruction, brought Sayej’s imports into the West Bank via Israel to a halt.

Sayej has tried to import as many raw materials as he can straight from Europe to bypass Israeli middlemen. But many items that go into the beer-making process, such as the bottles, still come from Israel. Sayej said he hopes to one day change that.

It’s not that the Sayej family didn't know to expect all these kinks. Rather, they are among the luckier ones — the ones with wealth, connections abroad and the right visas to navigate the host of complications and costs that often impede other similarly innovative entrepreneurs from seeing their visions through.

Restaurant owner Mohammad Yacoub said his sales of Shepherds Beer have “skyrocketed” since he started serving it last month. Yacoub attributed Shepherds’ initial success in part to the beer’s novelty as the new product on the market. “Anything new people are attracted to,” he said.

Yacoub is another kind of West Bank entrepreneur: A Palestinian-American from California, he moved back to Ramallah and opened La Casa/Cann, a Mexican-American-Palestinian fusion restaurant, over a year ago.

Still, Birzeit competes not only with Taybeh, but also a host of imported beers, such as Carlsberg, Heineken and Corona. Usually foreigners or Palestinian-Americans opt for Taybeh and Shepherds “to support local,” while Palestinians often choose the more expensive imported beers for a “prestige thing,” Yacoub said.

Sayej said he is not in direct competition or contact with Taybeh. But in Palestine, everyone knows everyone — and for the beer-drinking communities, business is often quite personal.

A young Palestinian student from Bethlehem said he could only share his opinion — that Taybeh tastes better — if he remained anonymous. “Palestine is so small,” he said. “I have friends at both breweries.” 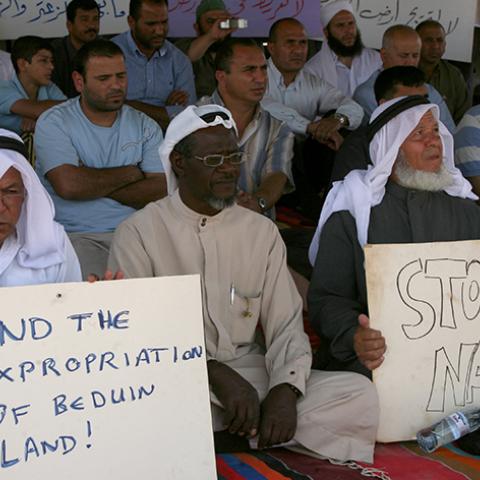 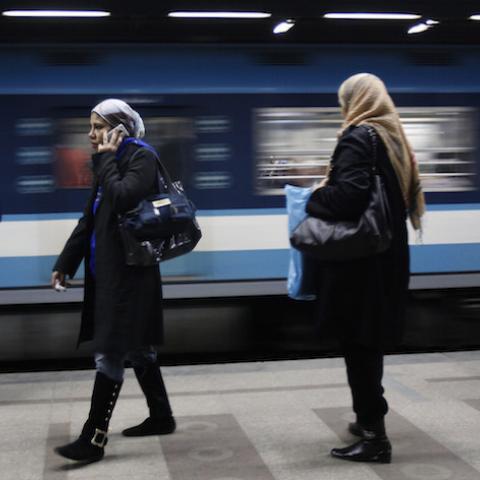 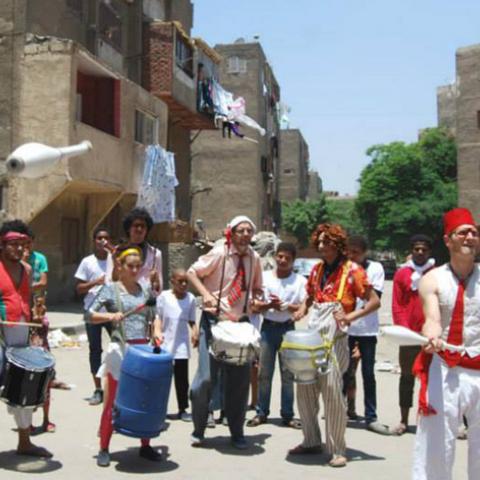